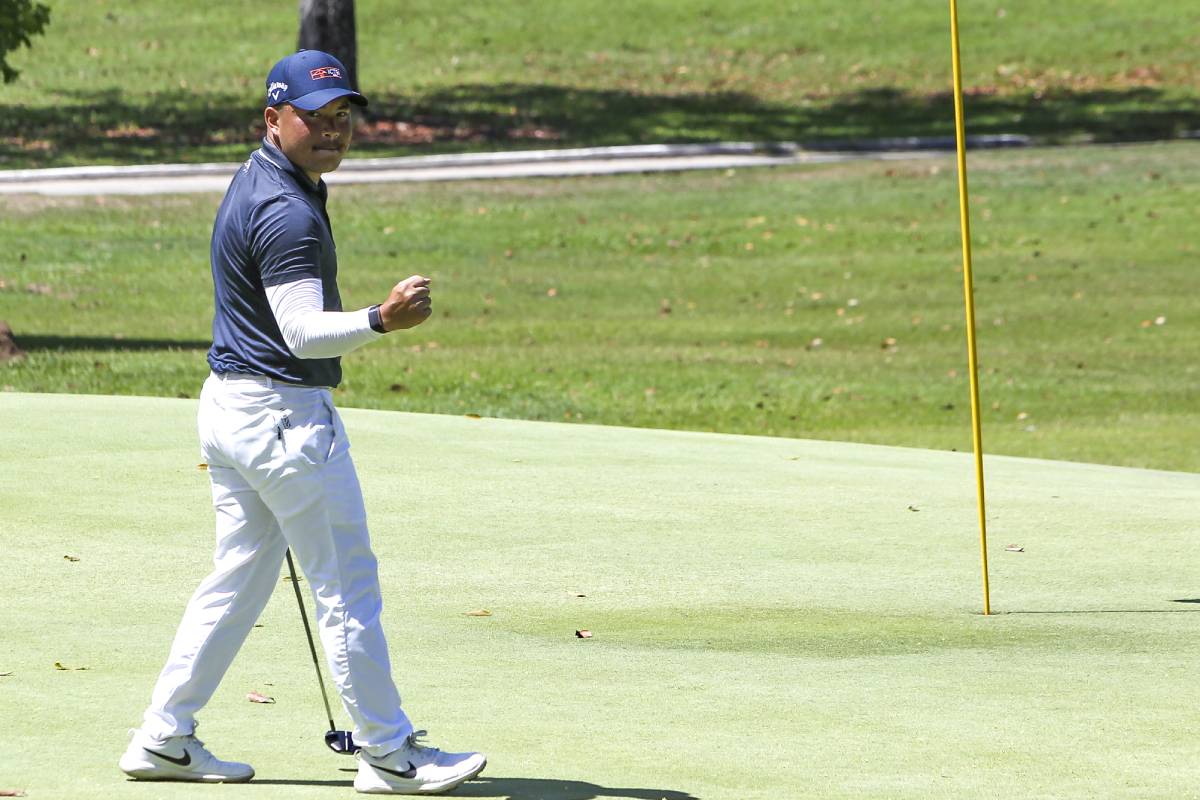 Both birdied the tough closing par-4 hole in regulation in separate flights with Mondilla doing the feat first off a superb 56-degree wedge shot from 96 yards to within five feet to spike a closing 65 highlighted by four straight bogeys from No. 4.

Tabuena, on the other hand, bounced back from a disastrous bogey on the 17th with a birdie putt from close range off a near-perfect drive to save a 70 and tie Mondilla at nine-under 279.

But after both matched pars on the first playoff hole, also on No. 18, Tabuena proved steadier in the end, drilling a delicate putt back on the 18th after Mondilla flubbed his own bid from 10 feet and ending up on top in the P2 million championship that kicked off the new Philippine Golf Tour season after a year-long break due to global health crisis.

The victory, worth P360,000, likewise extended the ace shotmaker’s winning run at the Robert Trent Jones, Sr.-designed layout to four, including the Philippine Open in 2015.

“I struck the ball better compared to the first three days but I didn’t putt as well that’s why I didn’t have as many birdies,” said Tabuena, who had five birdies against three bogeys in his closing pair of 35s.

“But I’m pretty happy with the outcome, obviously. But a win is a win and it’s my first win as a married man, so thank you Lord,” added Tabuena, who married his long-time Lauren Nocum in the US last month.

Despite his big lead following Michael Bibat’s early meltdown, Tabuena knew someone very familiar with the tight, challenging course would step up and mount a charge.

“Congrats to Clyde, he played the best round, but I wasn’t so shocked (of his comeback),” he said of Mondilla. “I was expecting someone to chase me and I had very good feeling it would be Clyde, who basically practiced and lived here for few months before the pandemic so he really knew the course.”

Mondilla missed duplicating his feat at Pradera Verde two years ago but admitted he yielded to a better player.

“Getting to the playoff was something, considering that I was down by five. My putting just clicked and I was in the hunt,” said Mondilla, who actually fell by as many as seven with a bogey on No. 2 which Tabuena birdied in a flight behind.

“But I misread my line of putt (on the second playoff hole). But that’s okay, me mas magaling pa kesa sa akin (there’s someone better than me),” said Mondilla, who had hoped to match his feat at ICTSI Pradera Verde where he also rallied from five down in the final round and best four others in the playoff in the most crowded playoff cast in PGT history in Jan. 2020 before the circuit took a long break due to global health crisis. He received P236,000.

Earlier, Tabuena pounced on Bibat’s early stumble to build up a big cushion, only to find himself faced with a tougher task of stopping a hot-finishing Mondilla on his tracks.

As the Del Monte native strung up four straight birdies from No. 4 to launch his fightback and sustained it with four more birdies in the last 10 holes, Tabuena went on a roller-coaster ride, mixing two birdies with two bogeys from No. 4 to the 14th, enabling Mondilla to force a tie at eight-under overall.

He birdied the 16th to regain the lead but stumbled with a bogey on the 17th and needed to produce a birdie on the 72nd hole to force a playoff.

Amateur Perry Bucay also proved to be a revelation, finishing a strong joint third with third round joint leader Michael Bibat at four-under 284 total after a 70 in the sweltering heat.

His confidence boosted by a fiery 66 Thursday that lifted him from joint 15th to joint fourth, Bucay snapped a one-birdie, one-bogey game with three birdies in a four-hole stretch from No. 12 and could’ve claimed solo third if not for a bogey on No. 17.

Still, it was impressive stint for the rising amateur star, who turned in a pair of so-so 74s in the first two rounds but went on a birdie-spree in the third day before closing out with another under-par card.

He nearly upstaged Bibat, who sparked hopes of ending a long title spell after forging ahead with Tabuena with a second 68 in three days Thursday. But the 2013 ICTSI Pueblo de Oro champion failed to recover from a bogey and double bogey stumble on Nos. 1 and 3, respectively, and yielded two more strokes on the first two holes at the back.

But he birdied two of the next three, missed a chance on the 16th and parred the rest for a 75. He took home P136,000 with Bucay claiming the low amateur trophy in the 72-hole championship organized by Pilipinas Golf Tournaments, Inc.

Next up for the PGT is the ICTSI Splendido Challenge on April 18-22 to be held with the 54-hole Ladies PGT at Splendido Taal Golf Club in Tagaytay. 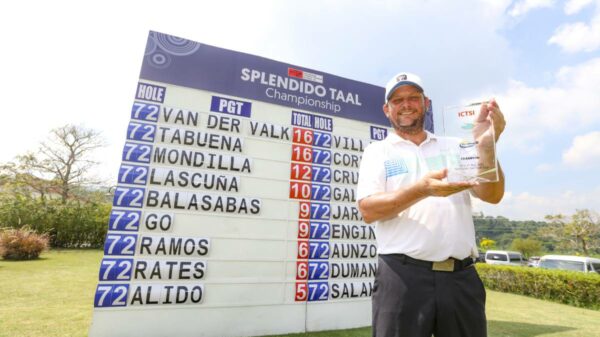 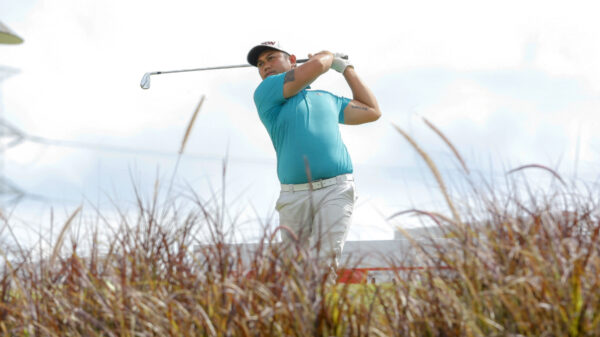 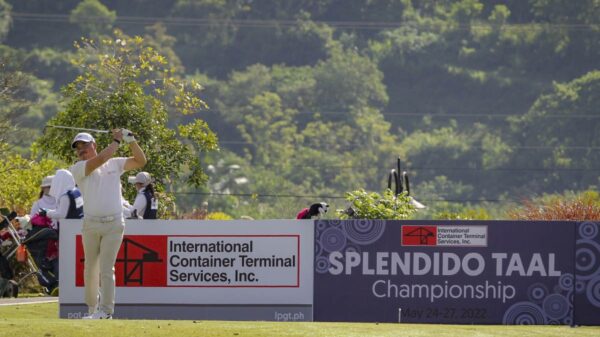 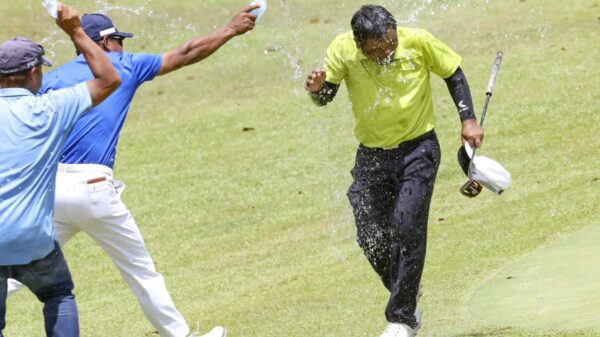 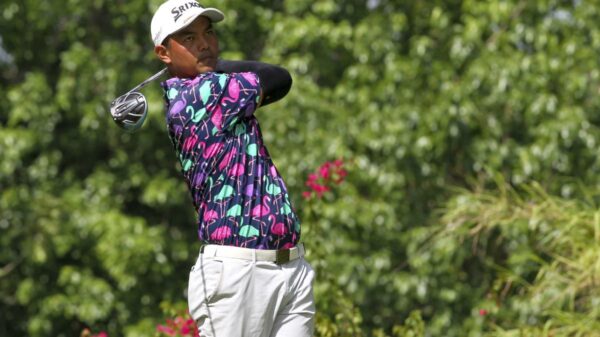 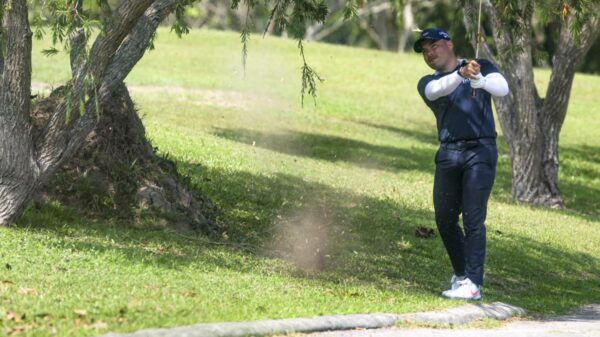 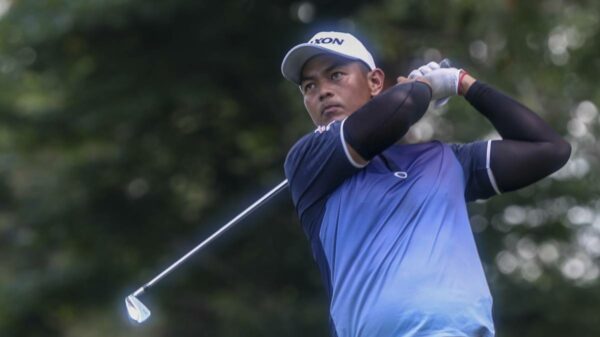