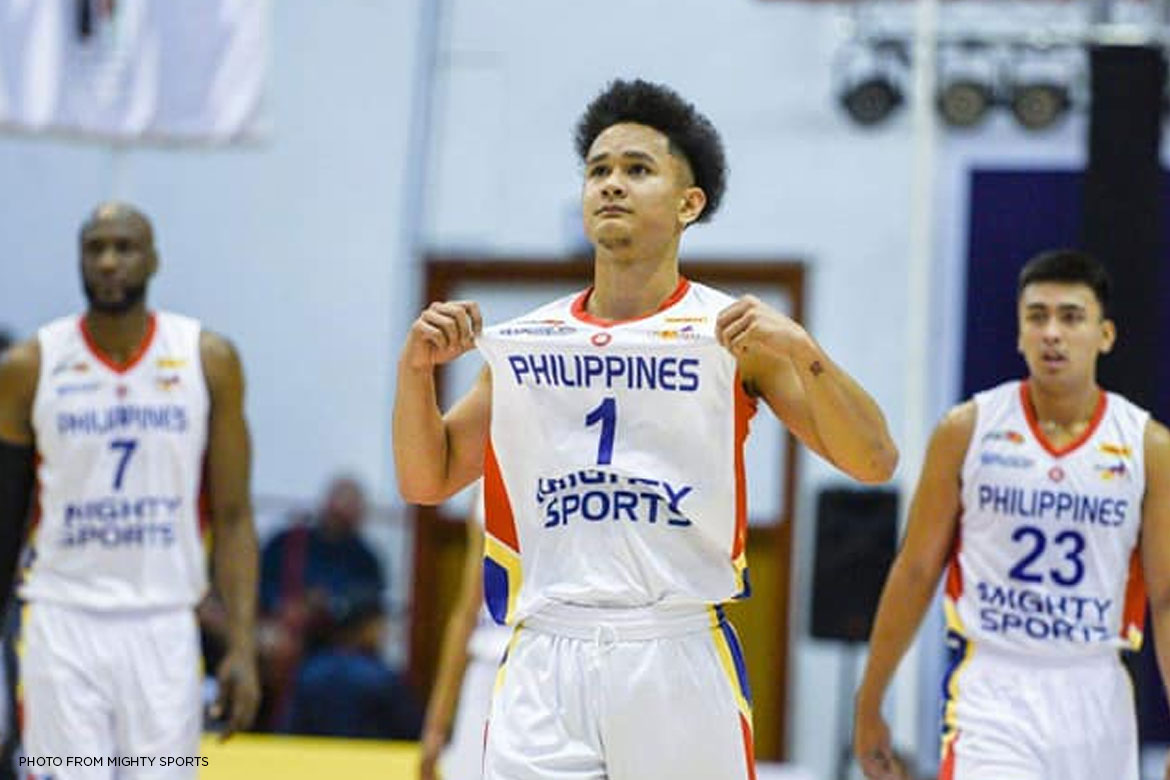 Facing a deficit late in the game, Mighty Sports Philippines showed that it is capable of digging deep, rallying back to stun Al Wahda Club, 85-81, Wednesday morning (Manila time) at the Shabab Al-Ahli Club.

With the win, the Philippine-based club team finishes the group stage with a 4-0 record after sweeping Group B of the 2019 Dubai International Basketball Championship. They will face the fourth-seed of Group A in the quarterfinals on Thursday.

But Mighty Sports had to find their extra gear to get this one.

Down 70-76 with 4:30 left, it was the young Roosevelt Adams who provided the spark for Mighty Sports. He scored four straight points to put his team within striking range.

The 6-foot-5 Filipino-American swingman tallied 21 points and seven boards. He knocked down four triples in the contest as well.

From there, Randolph Morris and Justin Brownlee took over on the offensive end. The quintet – together with Juan Gomez de Liano, Jason Brickman, and Adams – provided the stops to churn a 14-0 blast to gain a six-point cushion in the dying seconds of the contest.

“I’m just happy with the win,” said Mighty Sports coach Charles Tiu. “We talked about [it] at the start of the tournament. I told the team that we still haven’t faced adversity, and that when the time comes, we have to stick together. So today, we faced a lot of adversity: we’re down late in the game.

“But I’m happy with what we did defensively more than anything, because like I said, offensively, we have gifted players. We don’t have to do anything too complicated. We stick to everything, keep it simple, play to our strengths. Offensively, it will take care of itself. But defensively, we got stops when it mattered.”

Brownlee had a game-high 27 points on 10-of-14 shooting with nine rebounds, two assists, and two steals. Meanwhile, Morris added 19 markers and seven boards.

READ  Justin Brownlee relieved Ginebra stepped up for him

The medical staff tried to put Brownlee on a stretcher, but the well-loved Ginebra import politely refused, drawing cheers from the Filipino crowd. However, Tiu subbed him out completely as Adams and the rest of his teammates put on the finishing touches.

“It’s a good thing now, he seems to be okay. Hopefully he’ll be able to shrug it off come Thursday,” added Tiu. “(It will be a) very big rest day for us tomorrow. We’ll do some team activity together, but come Thursday, we have to be prepared.”

The backcourt duo of Gomez de Liano and Brickman also did wonders, as the two combined for 12 points, eights rebounds, and seven dimes.