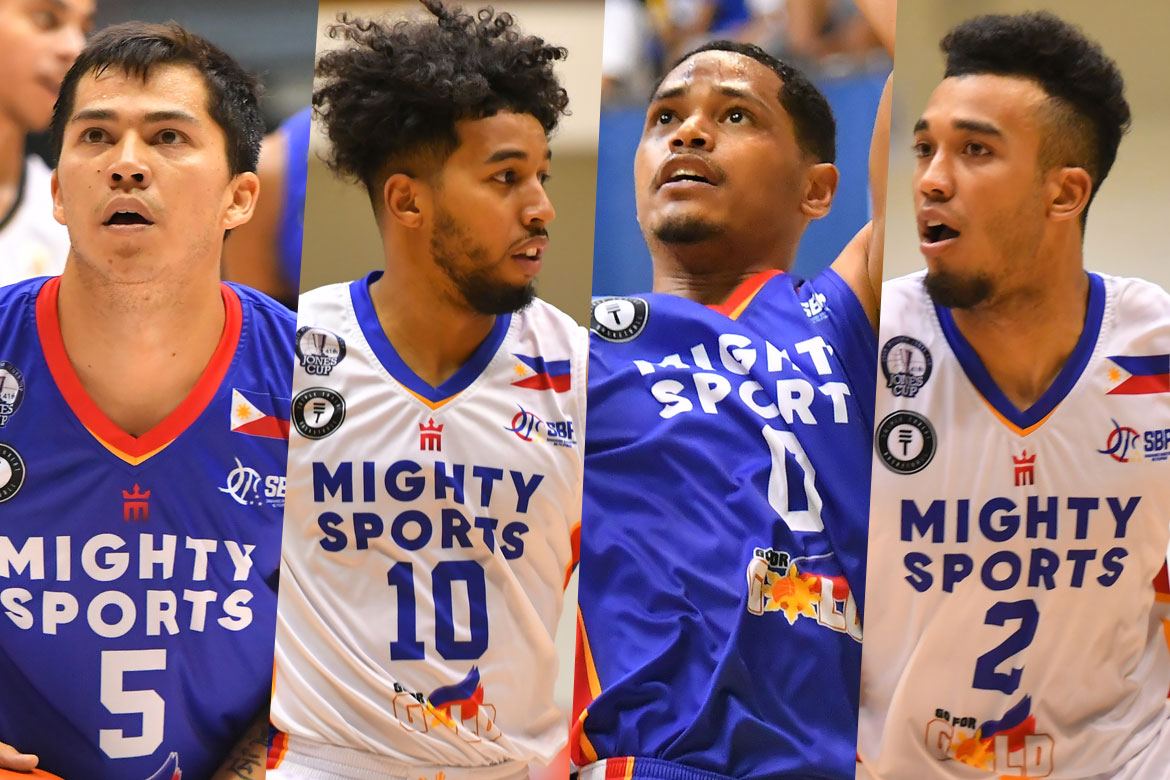 The Philippines and South Korea have had a long rivalry in Asian basketball.

And the pride in taking on South Korea has been passed from the Philippines’ national teams, clubs, and even school-based squads. It was what last year’s edition of the Williams Jones Cup representatives Ateneo-Pilipinas called, “their Gilas call-up.”

This year, Mighty Sports-Go for Gold Philippines has been tasked to represent the country in the pocket tournament. And on Tuesday, they face the South Koreans in what they say is the virtual-championship in the nine-team tourney.

For the four Filipino-Americans in the squad, namely Roosevelt Adams, Mikey Williams, Jeremiah Gray, and Jason Brickman, this will be their time to take on their motherland’s arch-rivals.

Adams, who is just 25 years young, admitted that he does not know about the rivalry. But he can’t wait to test his mettle against a World Cup-bound team.

“I don’t know much about this rivalry but I am excited for another opportunity of facing a good team.

“Each game our chemistry has gotten better and better. I expect it to be a hard-fought game but at the end of the day if we go in and play hard each possession our team is really hard to beat,” he said.

Williams, on the other hand, knows how highly-anticipated every showdown between the Philippines and South Korea is. And he knows that nothing will come easy once they step on the court against them.

“I see this game being really exciting and highly anticipated.

“My expectations for the game is that it will be a tough, grind-it-out game that won’t be easy,” he opined. “If we come in doing all the little things that it takes to pull tough games out we should be just fine.

“We know it is going to be a high energy game with a lot on the line so we plan on coming with our best,” continued Williams, who is averaging 11.3 points per game built on 3.0 triples per contest so far.

Tiu knows that this game will be very special for each player on his team. Moreover, he expects a lot from the quartet come Tuesday.

“Jeremiah has been making waves and impressing a lot of people with his play here. his game has constantly been improving. I’ve been pushing him hard defensively trying to get him better in that aspect and I feel he’s learning every game,” Tiu said about Gray, who is averaging 12.3 points per game in four outings.

“Jason is cool, he never gets too high or too low for any game. I know what I will get from Jason with every game and he is such a crucial part of our team,” Tiu added about Brickman, who was part of the Philippine-side that last beat South Korea in the Jones Cup back in 2016.

But what Tiu is most excited about is how Adams will deliver in this game. According to the youthful tactician, the 6-foot-5 sniper is eligible to play for Gilas Pilipinas as he already has a Philippine passport back when he was still just nine years old.

“I’m very happy for Roosevelt getting the experience he needs internationally and exposed to the style of play here. I do believe he can be part of our Gilas team in the future,” opined Tiu.

“He actually had a passport when he was nine except he just has to find it!”