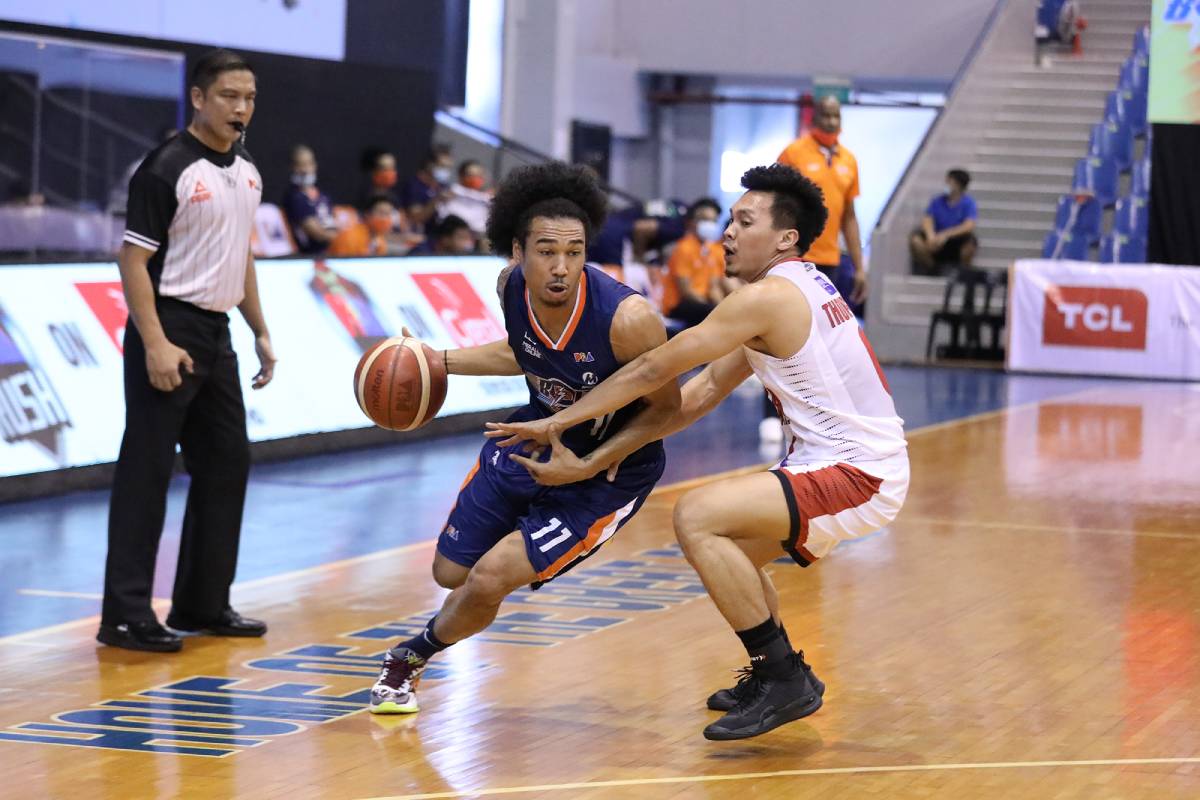 SMART CLARK GIGA CITY — Things were looking grim for Meralco when it fell to a 13-point deficit in the third canto of its Game Two meeting with Barangay Ginebra in the 2020 PBA Philippine Cup semifinals, Friday.

Fortunately, Chris Newsome was there to wake them up.

The explosive 6-foot-2 guard gave the Bolts their first two points of the period through a breakaway one-handed dunk. He scored off a jumper moments later to further trim the Gin Kings’ lead.

Following his lead, his teammates stepped up. What was once a wide gap got chopped little by little; eventually, Meralco would see itself holding a 65-61 advantage entering the final 12 minutes.

The Bolts then did not let up, with Allein Maliksi widening their lead to start the fourth. Newsome, Reynel Hugnatan, Baser Amer, and Raymond Almazan then joined the fray as they ganged up on the Barangay.

Newsome finished with 16 points, including nine in the third alone. He was undeniably the one heading the retaliation, but the five-year pro deflected all the credit to his teammates for allowing him to do so.

“It was my teammates. My teammates kept me positive,” he said.

“That’s something that’s been going on this conference. When someone’s struggling, we’re positive. We try to lift them up and help them and encourage them and give them the confidence to keep going.

“And that’s what our team did for us today,” he furthered.

Newsome — who also had six assists and four rebounds in the win — feels proud of the energy they showed Friday. He admitted they didn’t have the same energy in their series opener, where they lost badly, 79-96.

“We knew that we had to come out with a lot more energy than we did in the first game. We knew it was gonna be a tough series. This isn’t the first time we played Ginebra,” he said.

Newsome also feels proud about the collective effort they showed. A total of six Bolts finished in twin digits in the triumph — far from Game One, where it was only him and Maliksi who scored in double figures.

“It was a great team effort today,” said Newsome.

“I think a lot of guys came out and gave a lot of energy today, which was very important for us,” he added.

“And of course we wanted to focus on defense and that showed today. I think we held them to just seventy points so that’s big time.”