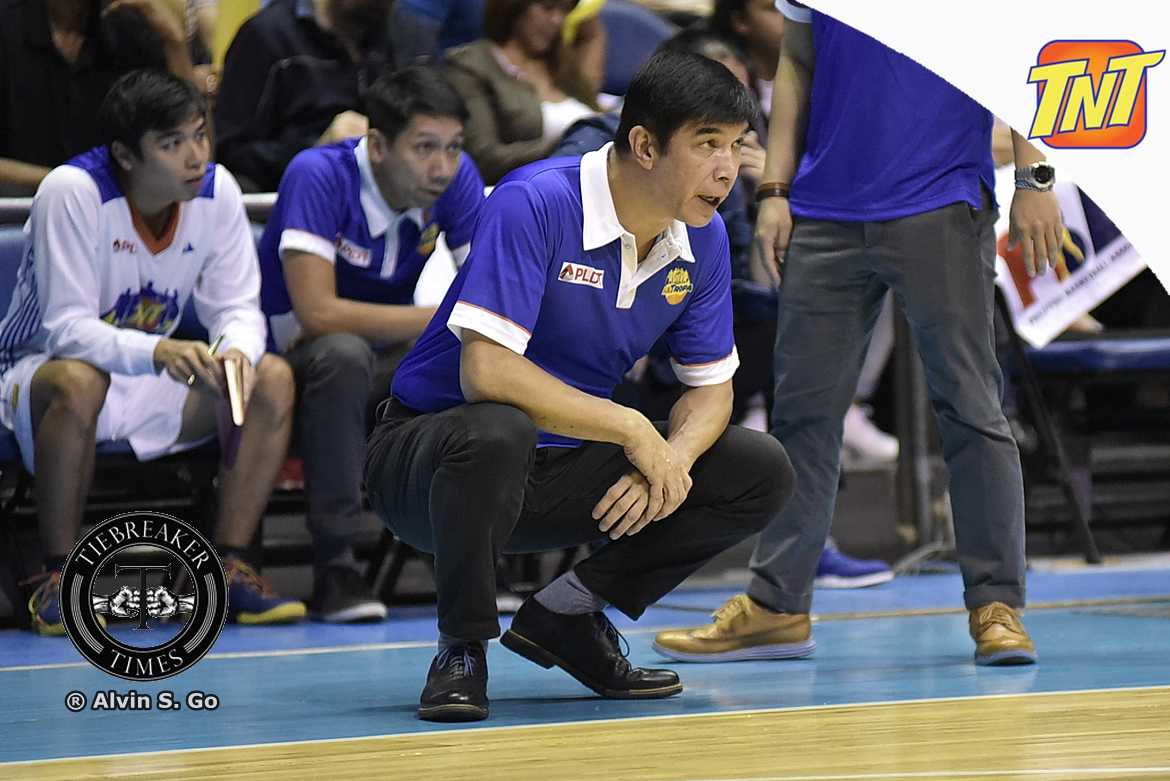 The TNT KaTropa fell by the wayside.

That is TNT head coach Jong Uichico’s summation of his squad’s 106-91 loss to Meralco Bolts in Game Two of their best-of-five semifinals series, Thursday evening.

With fire in their eyes, the Bolts raced to an early 29-15 lead and never let go of the advantage in the wire-to-wire victory, humbling the mighty KaTropa as they dropped their second defeat of the conference.

“We started flat and we knew naman that Meralco will come out with a lot of energy,” he lamented.

“We didn’t come out with a lot of energy. We shouldn’t have played catch-up the whole game.”

TNT still tried to wage a fightback, but Meralco had everything going for them as they held a 20-point lead, 80-60. The huge lead forced Uichico to sit out Jayson Castro for the entirety of the fourth and save him for Game Three.

“That’s coaches’ decision because the game is already too big,” he explained. “If we have cut the lead down a little earlier, then I could have brought him back.”

Optimism, though, is still high in the TNT camp, but Uichico warned his team to pick up the pace if it wants to regain control of the series on Saturday.

“Just because our record in the eliminations was a very good record, which we will take anytime, it doesn’t mean that we can just show up and win any game,” he said.

Game Three is on Saturday, still at Smart Araneta Coliseum.