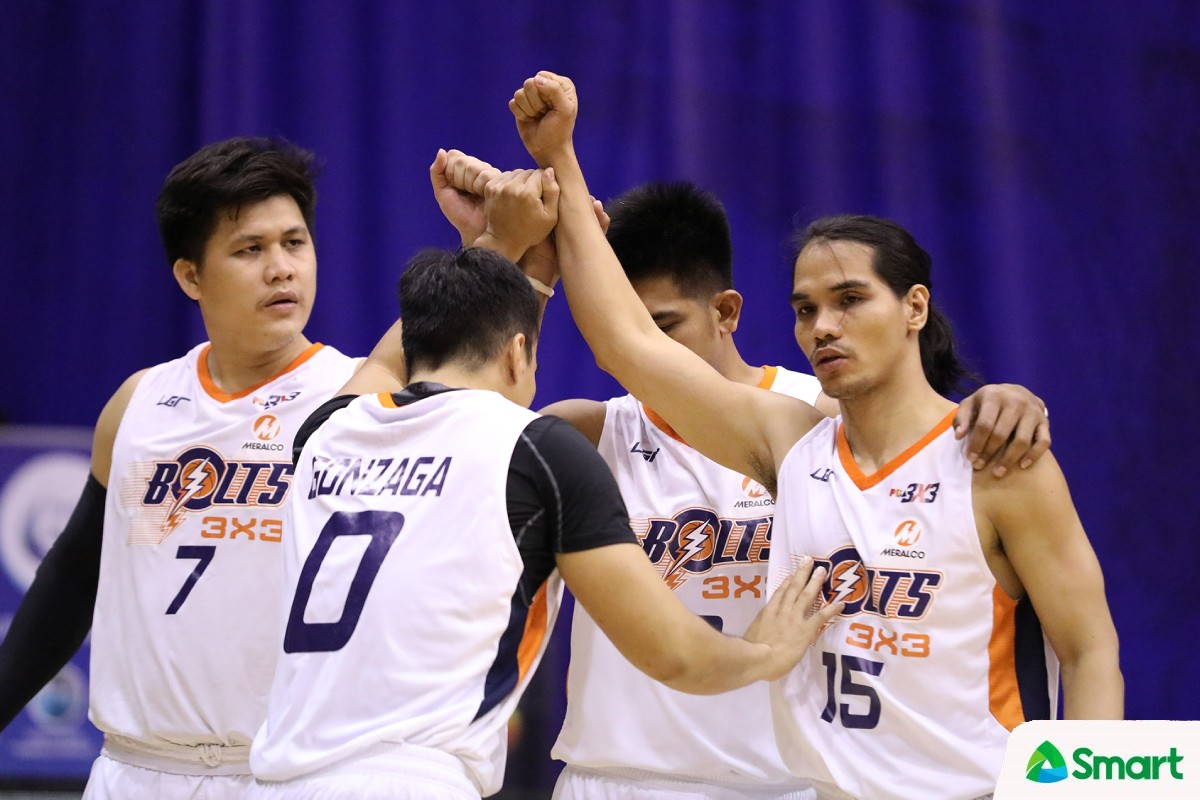 The maiden grand champion of the PBA 3×3 will be crowned Wednesday as 10 teams duke it out in the first conference finale at the SMART Araneta Coliseum.

Top seed Meralco leads nine others in pursuit of pride and honor of becoming the first-ever winner at the conclusion of the standalone tournament.

The Bolts of coach Patrick Fran earned the no. 1 spot when it emerged with the highest number of tour points after six legs of grueling action with 420.

Winners of Leg 2 and runners-up twice, the Bolts have been seeded outright in the knockout stage along with Leg 1 champion TNT (no. 2), back-to-back titlists Limitless App (no.3), and guest team Platinum Karaoke (no.4).

All four automatically made it to the quarterfinals for emerging as the top teams at the end of the month-long preliminaries.

The other six teams will battle it out for the remaining four spots in the next round through a single round, six-game pool play prior to the quarterfinals.

Fifth-seeded Terrafirma is bracketed with Leg 3 champion Sista (no.8), and the ninth-ranked San Miguel Beer in Pool A,

Meanwhile, Leg 4 rulers Purefoods (no. 6), seventh seed Pioneer Pro Tibay, and no. 10 Barangay Ginebra are grouped in Pool B.

The Dyip and the Beermen will open the hostilities at 1 p.m., followed by the clash between the Tender Juicy Titans and Gin Kings at 1:25 p.m.

The no. 2 team in Pool A will then meet Meralco in the quarters, while the top team in Pool B arranges a showdown with Platinum Karaoke.

The Appmasters will take on the no.1 ranked team in Pool A, while the Tropang Giga are set to face the no. 2 team in Pool B.

Runner-up will receive P250,000, while the third-place finisher P100,000 in the tournament that is backed by 1Pacman Party List and is a FIBA 3×3 level five tournament.