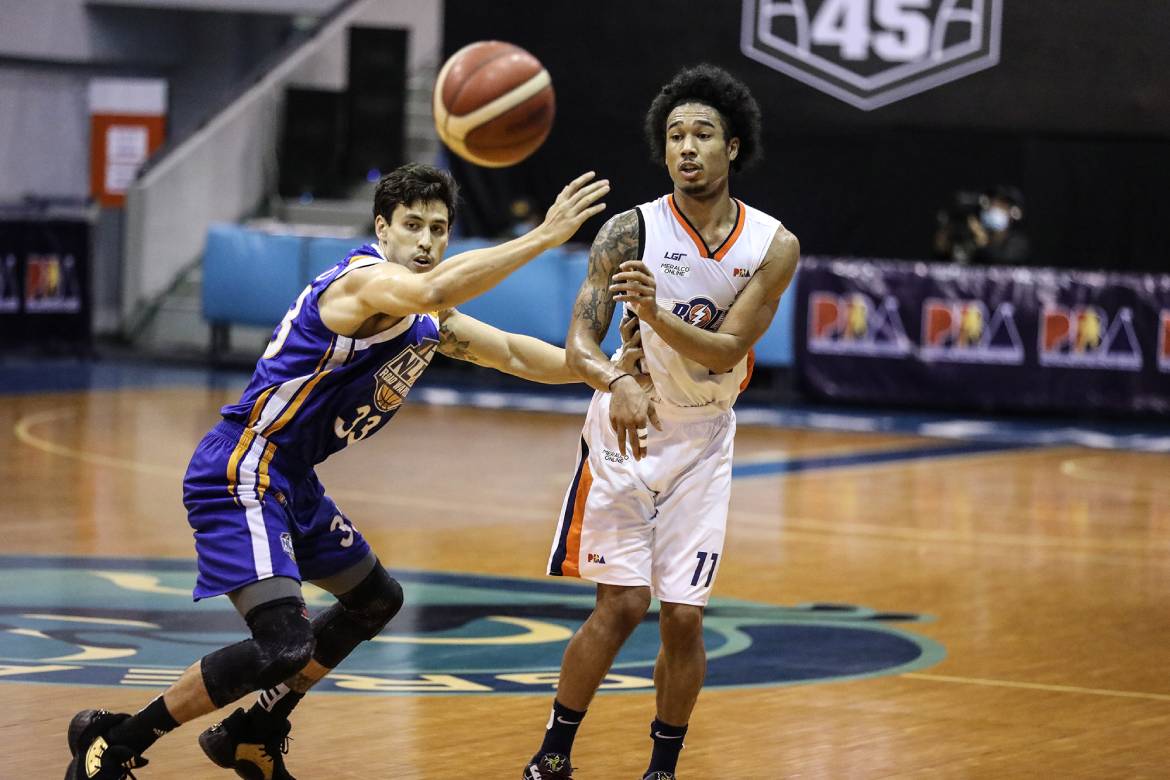 Meralco staved off NLEX, 101-92, to post its second win in a row in the 2020 PBA Philippine Cup, Friday at the Smart 5G-powered Angeles University Foundation Sports and Cultural Center in Pampanga.

Chris Newsome paced the Bolts with 18 points, six rebounds, and six assists, while veteran guard Allein Maliksi produced 17 markers as the Orangemen had their first winning streak in the bubble to improve to 3-2.

The two were the ones who thwarted a Road Warriors comeback attempt late. After the latter chopped a nine-point deficit to just four, Newsome sank a jumper before Maliksi canned a triple to make it 99-90 with 1:20 left.

A total of five Orangemen finished in double figures in the win. Raymond Almazan made 11 points on top of his nine rebounds, Baser Amer also made 11 markers, while Cliff Hodge supplied 10 points and eight boards.

“That’s what we really want. We want to really play as a team. We want to share the basketball,” said Meralco head coach Norman Black as his side dished out a total of 17 assists in the triumph.

“I think we went into this game number three in the league in assists. That’s something we want to continue to do,” added the Grand Slam-winning mentor as the Bolts were averaging 22.7 assists a game prior to Friday.

The win happened on the 32nd anniversary of the multi-decorated Black scoring 10,000 career points in the PBA, a feat that no other import in Asia’s pioneering pro league has ever accomplished.

“I didn’t really notice it was the anniversary, to be quite honest,” said one of the league’s all-time greats. “I knew that I had scored over 10,000 points, but I didn’t know this was the day when I did it. It’s a proud moment.

Meanwhile, NLEX’s loss flushed down the drain the efforts of star point guard Kiefer Ravena, who poured 30 points, including 14 in the final frame alone, on 66-percent shooting from the field.

Anthony Semerad had 16 points and eight rebounds, while Kevin Alas added 10 points in the defeat, which was the Road Warriors’ fourth in five games. They were coming off a 102-88 win over NorthPort two nights ago.

Meralco looks to stretch its streak versus reigning, five-time champions San Miguel on Wednesday, Oct. 28, at 6:45 p.m., while NLEX aims to bounce back versus Phoenix Super LPG on Monday, Oct. 26, at 4:00 p.m.