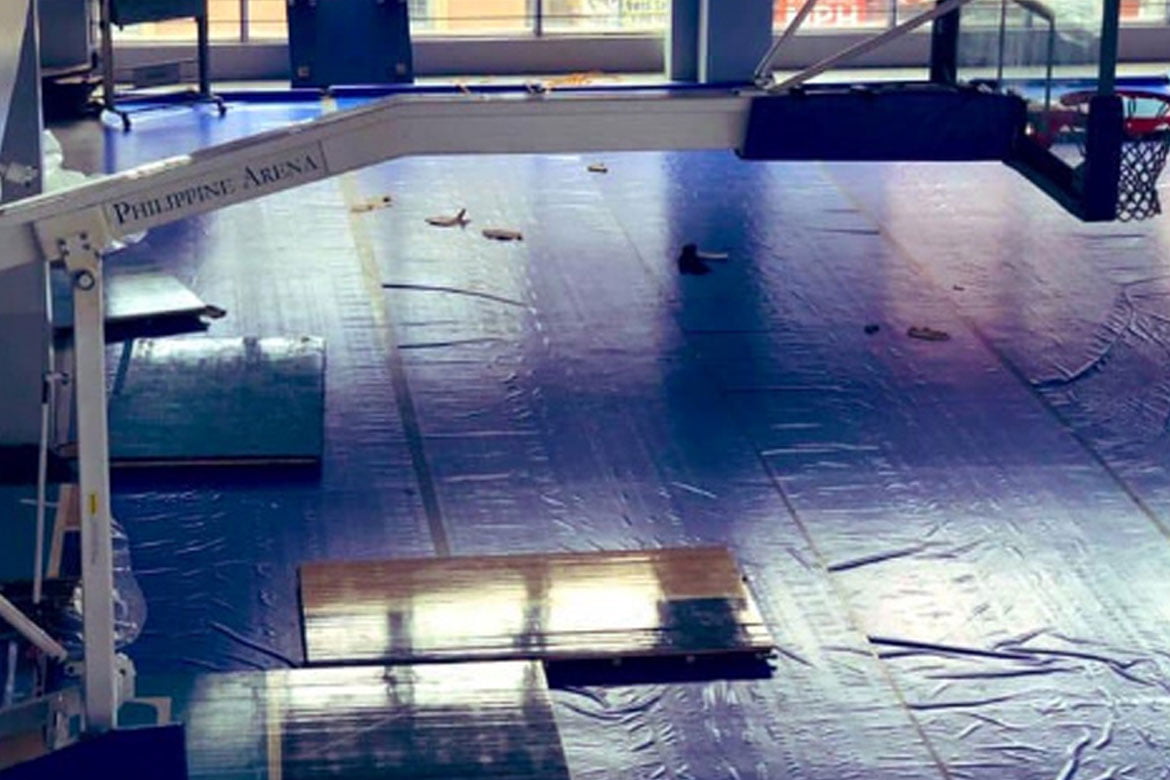 The first batch of PBA teams that arrived at Clark last Monday was allowed to hold scrimmages Thursday, over a week before the season restart on Oct. 11.

In a schedule released by the league, Magnolia and Meralco were the first to hit the Angeles University Foundation courts for the full-contact practices.

Both teams began at 1 p.m. The Hotshots used the main court at the AUF gym’s fourth floor, while Meralco took the courts on the second floor.

The second floor has been converted into a basketball court, with wooden flooring to provide more facilities for the ball clubs.

Teams are given two hours to practice. Afterward, the courts will be sanitized for 30 minutes before the next teams are allowed to enter.

Next to Magnolia will be Calvin Abueva and Phoenix Super LPG, while Terra Firma will follow after the Bolts.

TNT will be the last team to practice for the day.

It would be busier for the league starting tomorrow, as the seven teams that arrived Tuesday will practice as well, per the league’s schedule.

San Miguel, Ginebra, NLEX, Alaska, Blackwater, Rain or Shine, and NorthPort will all buckle down to work starting Friday.

So far, the league has not reported any positive cases inside the bubble mounted at the former US military base.

Here is the schedule: 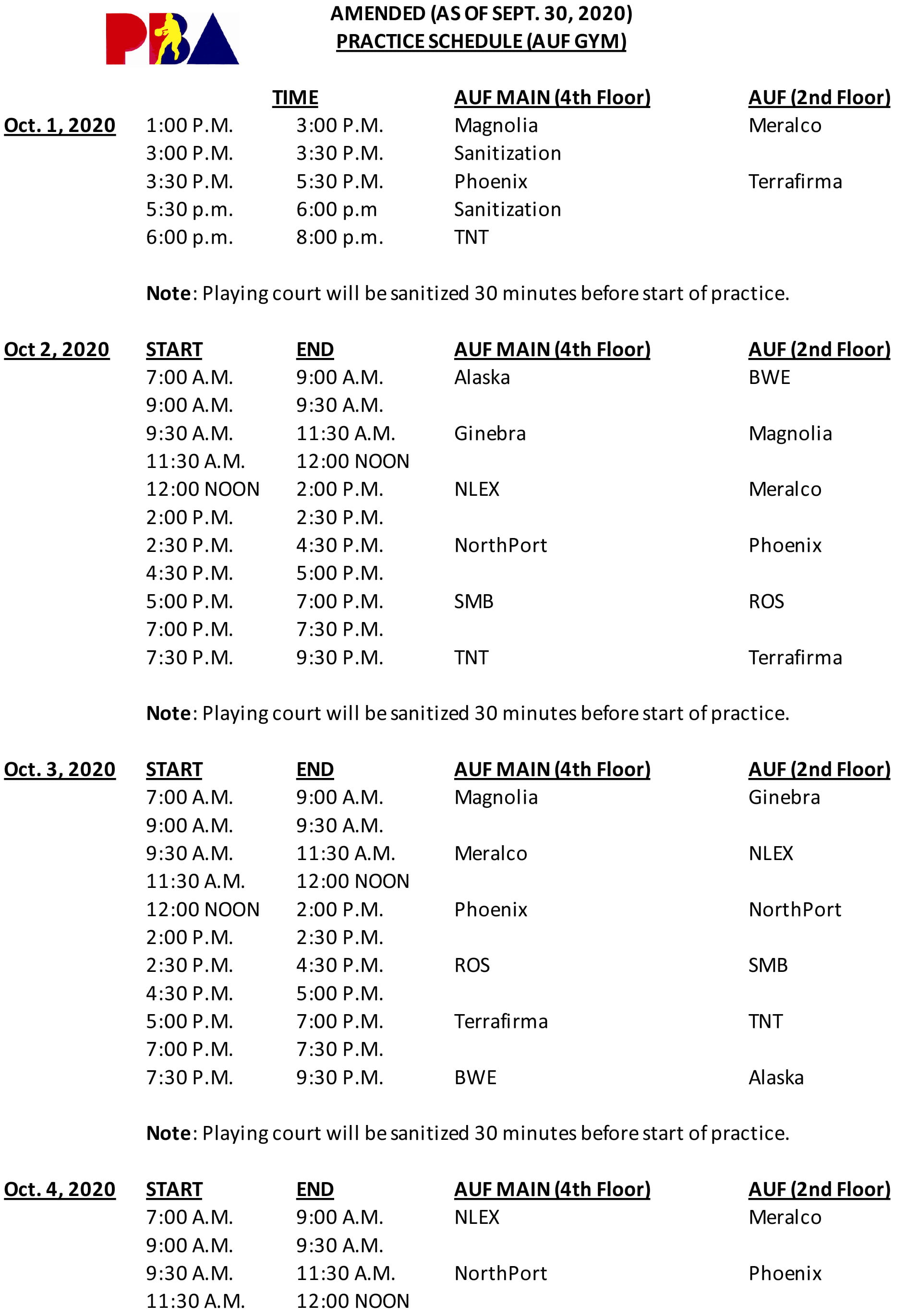 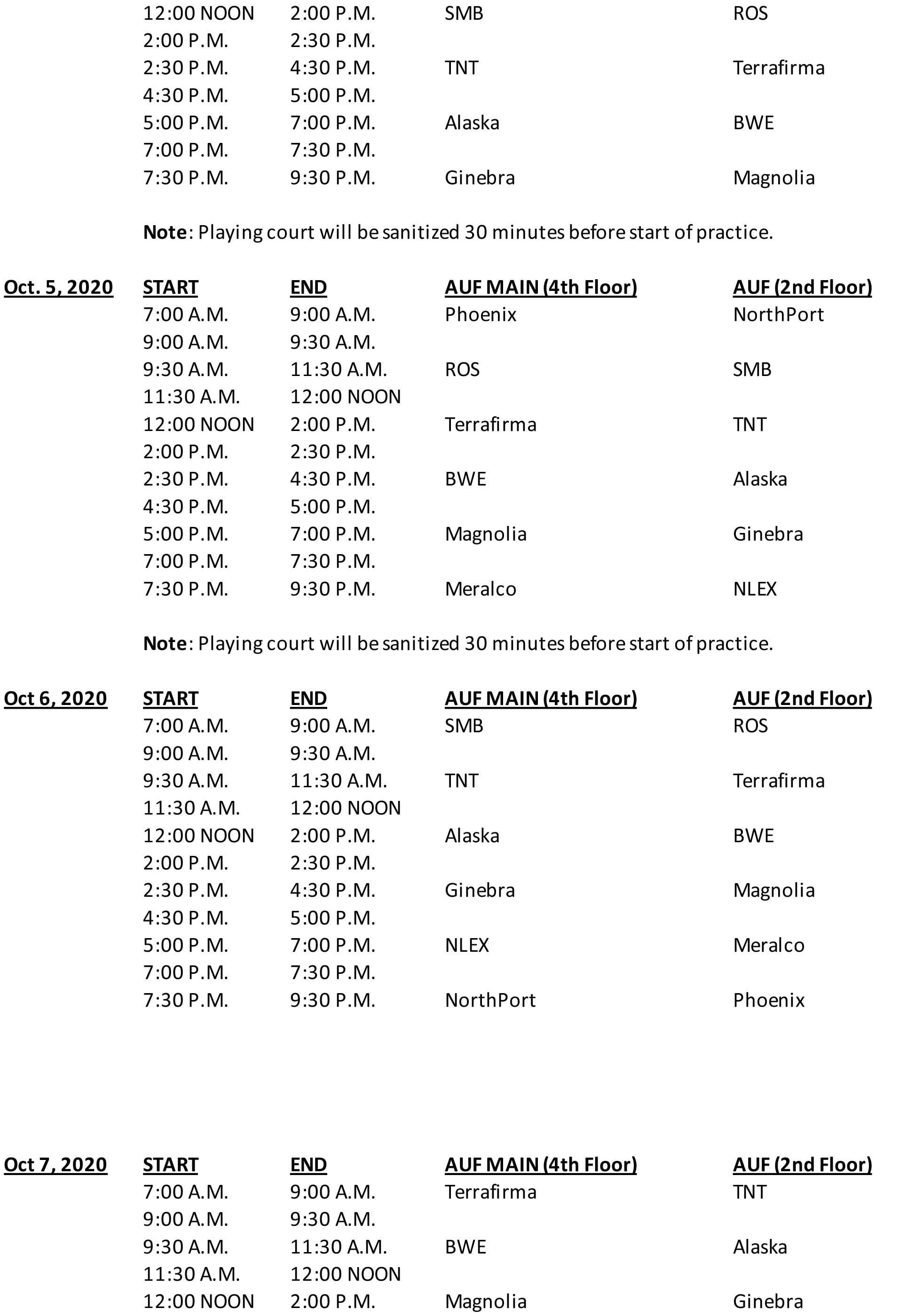 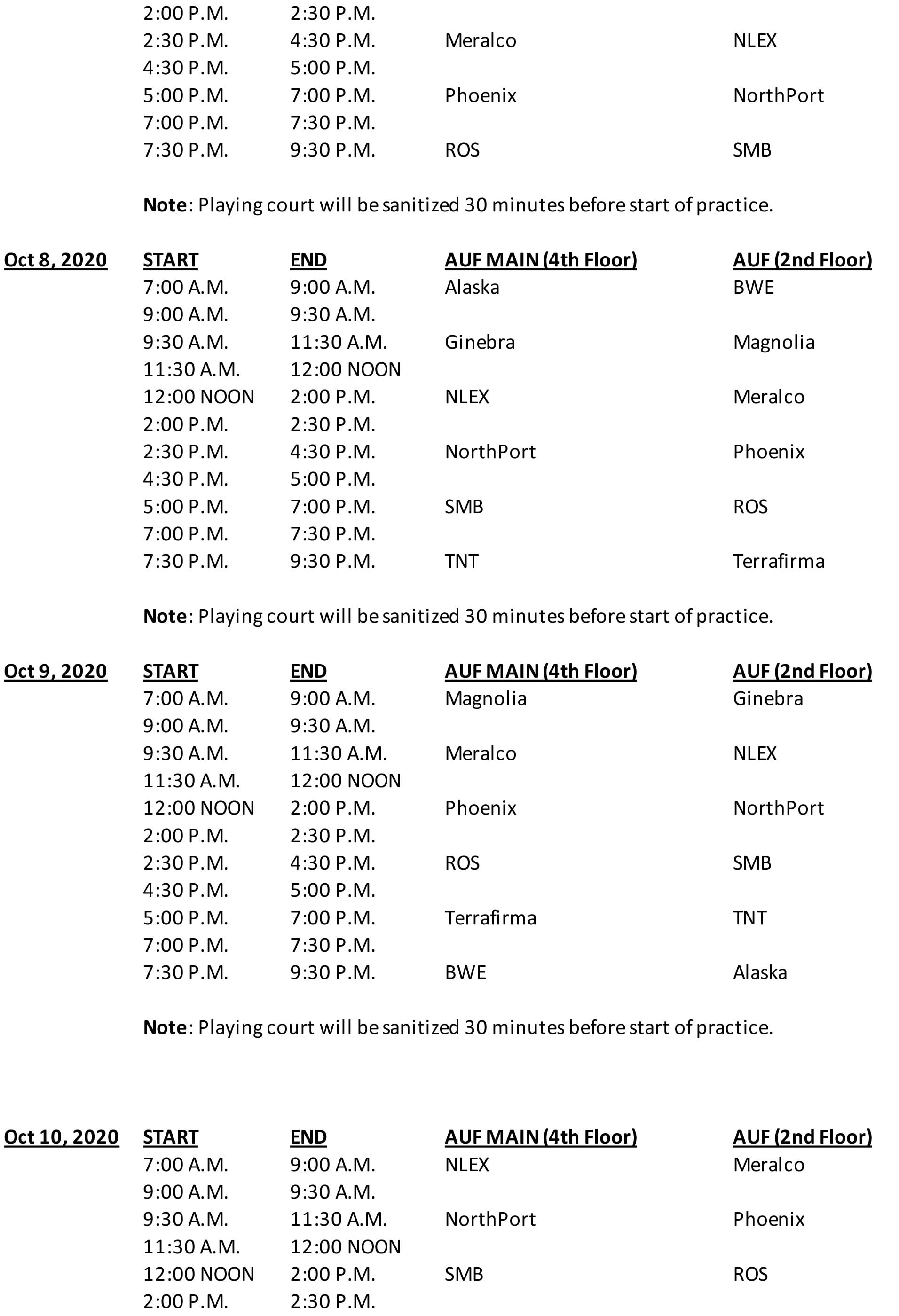