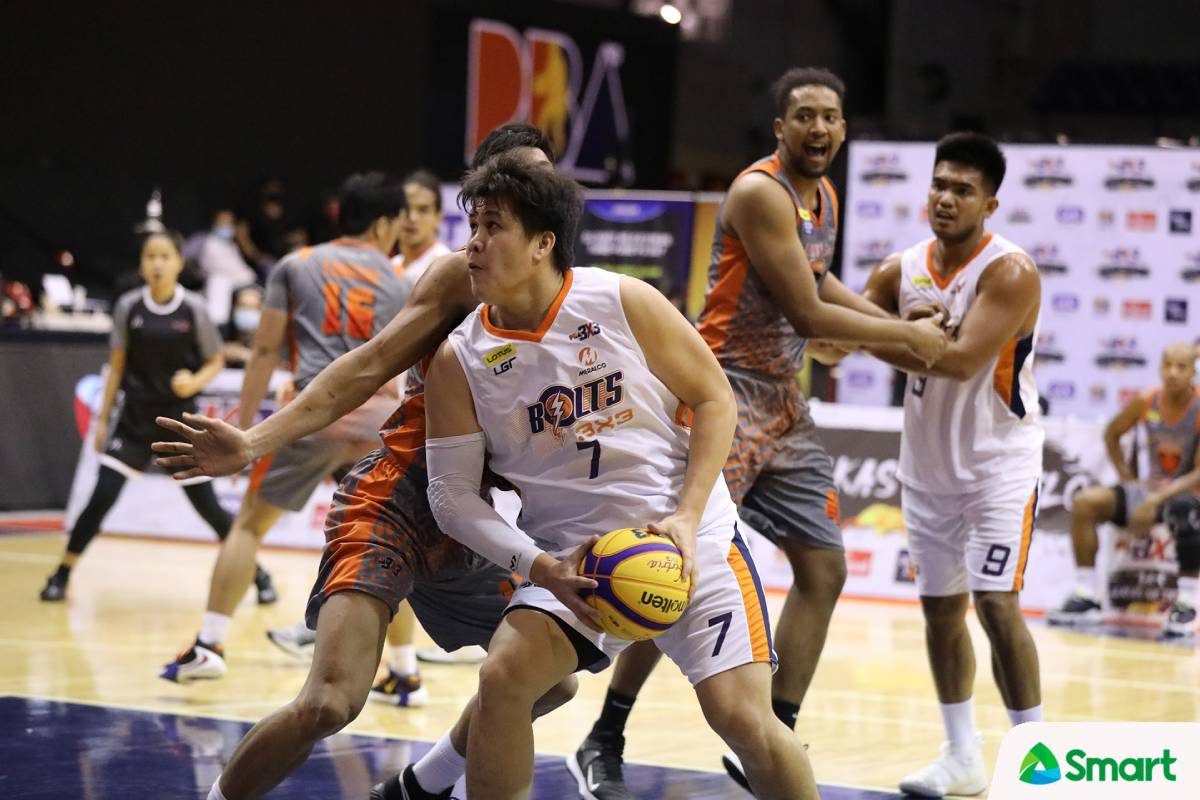 Limitless App has the chance to break the trend in Leg 6 of the PBA 3×3 inaugurals on December 20-21 at the SMART Araneta Coliseum.

Brandon Ganuelas-Rosser, Marvin Hayes, Reymar Caduyac, and Jorey Napoles won the fifth leg last weekend after ending the Cinderella run of TNT, who made local 3×3 history on its way to the championship bout.

The Appmasters head the five-team Pool A, together with Platinum Karaoke, CAVITEX, and guest teams Pioneer and Zamboanga.

They will start their bid to become the league’s first-ever back-to-back champions against ProTibay at the 2:00 p.m. opener.

Leading Pool B, meanwhile, are the Tropang Giga, who look set for another collision course with Leg 4 champions Purefoods.

A war is expected to ensue between the two, with the Tender Juicy Titans hungry to get back on their corporate rivals as the latter beat them in the previous stop’s quarterfinals that wasted their sweep of the group stage.

By ousting Purefoods, TNT became the first team that came from a knockout match for the last playoff berth to send home the top seed.

The Titans will face San Miguel Beer at 2:50 p.m. to start the action in Pool B< which also features the NorthPort Batang Pier.

The Dyip, who secured their second third-place finish against the Bolts, will start the group’s hostilities versus the Super Sealers at 3:15 p.m.

Leg 6 is now the first conference’s last stop before the Grand Finals, and this will surely affect how the seeding will look like for the December 29 tilt.

After Leg 5, Meralco, who’s regularly been in the championship discussion, kept its hold of the top spot of the league standings with 370 tour points.

At second sit maiden leg champions TNT with 340 points, followed by Purefoods (300), Platinum (290), Terrafirma (285). Then comes Limitless, who went up two rungs higher from eighth to sixth with 261 points after ruling the fifth leg.

Set to qualify in the grand finale are the top 10 teams, with the top four already seeded in the knockout quarterfinals.