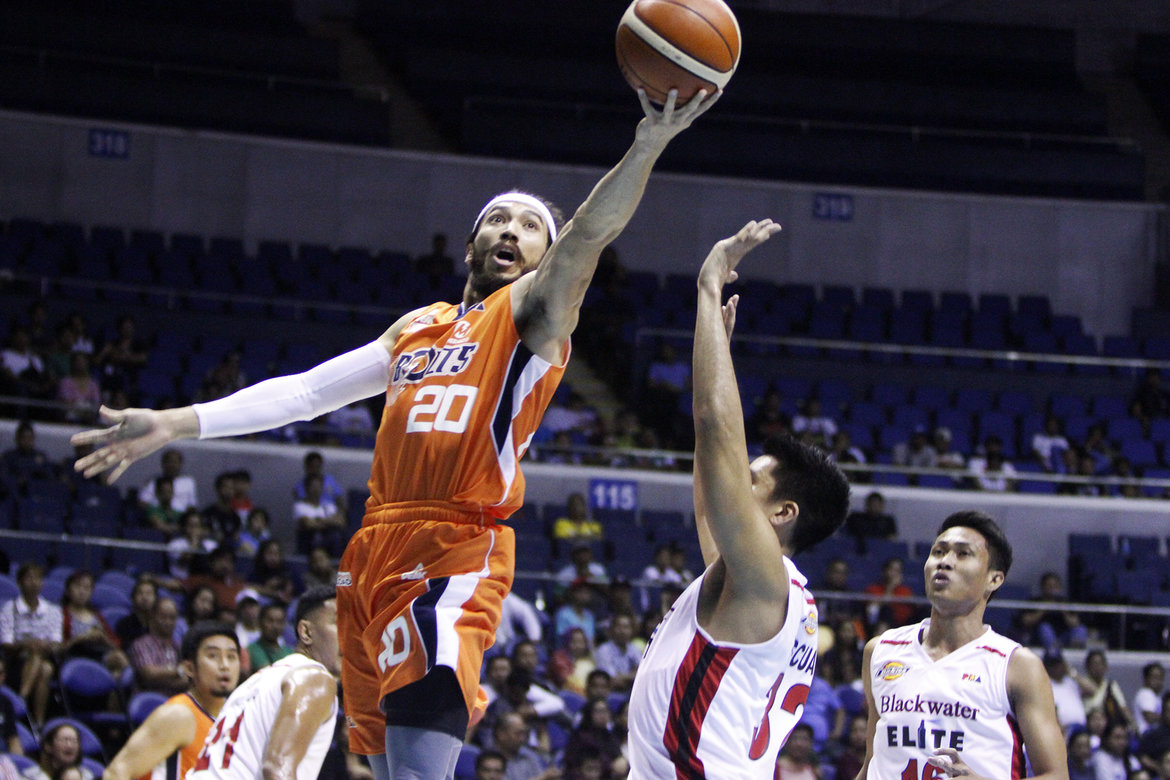 After a heartbreaking double OT loss last Sunday, the Meralco Bolts went back to winning form after crushing the Blackwater Elites 105-90 at the Smart Araneta Coliseum on Wednesday night.

Allen Durham displayed an all-around performance with 30 points, 16 rebounds, seven assists on 12/20 shooting from the floor. Jared Dillinger added 16 markers and three rebounds off the bench.

“We just knew that we had to get this game after our last loss. Coach told me to stay aggressive. I just chose my spot. Hopefully the weather clears out so I can relax my legs,” said Durham.

The Bolts maintained a 51-percent shooting clip for the entire game that propelled them to the wire-to-wire victory. A 40-37 second quarter lead was extended by the Bolts, using a 12-0 closeout in the first half that provided the separation for good.

The Elites managed to trim the lead down to six during the third, but an all-around effort restored a double-digit cushion for the Bolts. In addition, Meralco took advantage of more possessions, as they dominated the rebounding battle at 55-35. 17 of these came from the offensive end, which the Bolts converted to 20 points.

For coach Norman Black, he was pleased with this huge win considering the tight race for the top spots in the standings. “A win is a win and we really needed a win at least to stay in touch with the leaders and possibly the twice-to beat,” he said.

In relation to their prior outing, he pointed out that the team used it as motivation to bounce back tonight. “You can be upset and defeated but you have to move on. Try to look at the mistakes, study tapes and don’t dwell on negativity of the loss.”

READ  Mark Cruz back in the pros, signs with Blackwater

Blackwater (1-5) looks to snap its losing skid against the Mahindra Enforcers (4-2) on Sunday, while Meralco (4-3) will next face the NLEX Road Warriors (3-3) on Wednesday next week. Both games will be played at the Big Dome.