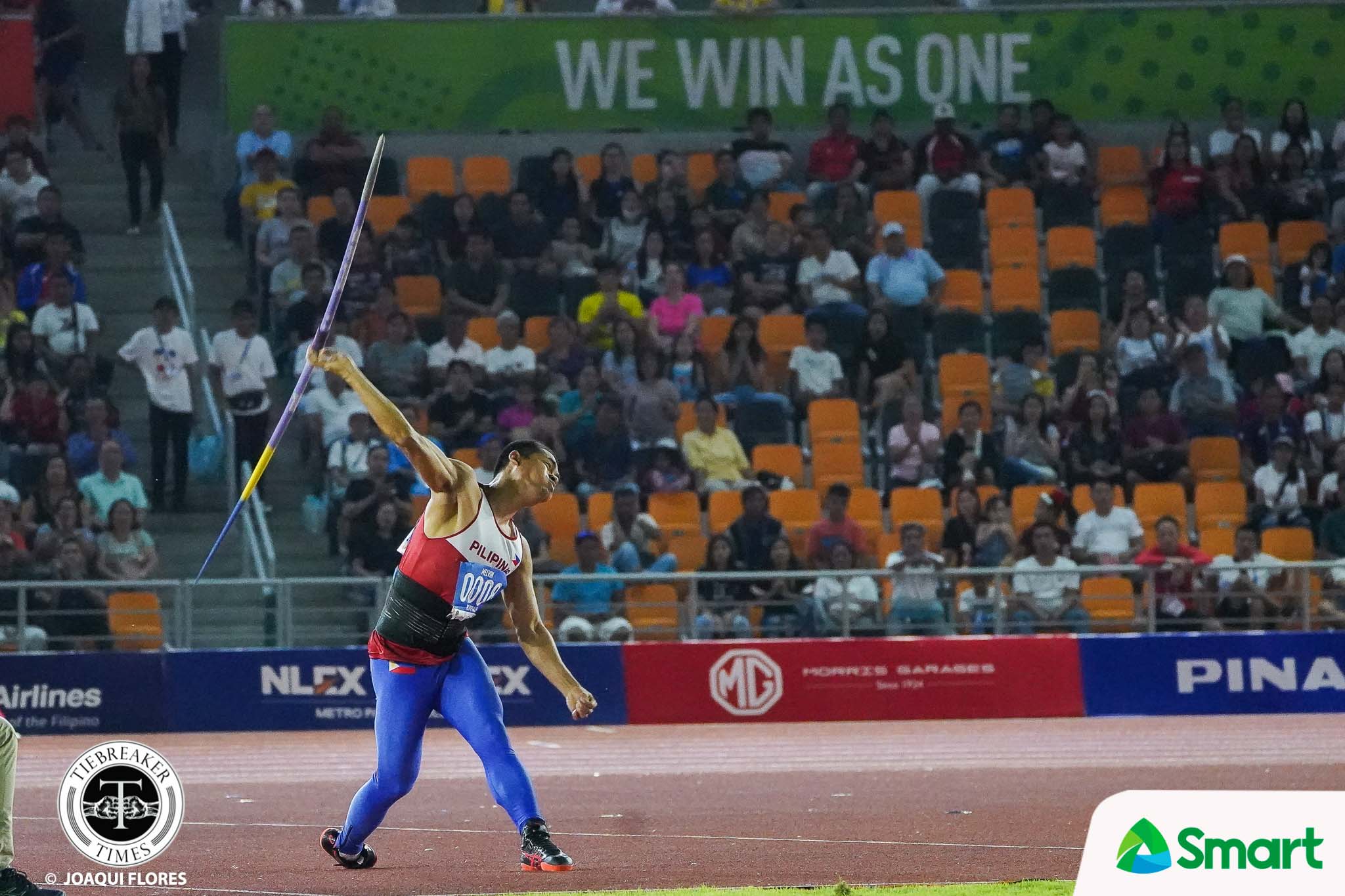 The 28-year-old threw a distance of 72.86-meters during his fourth attempt, winning the national track and field team’s eighth gold in the biennial meet.

It was still far from the games record of 76.30m of Thailand’s Peerachet Jantra back in 2013.

PWVNT succumbs to Indonesia, comes up empty-handed in SEAG