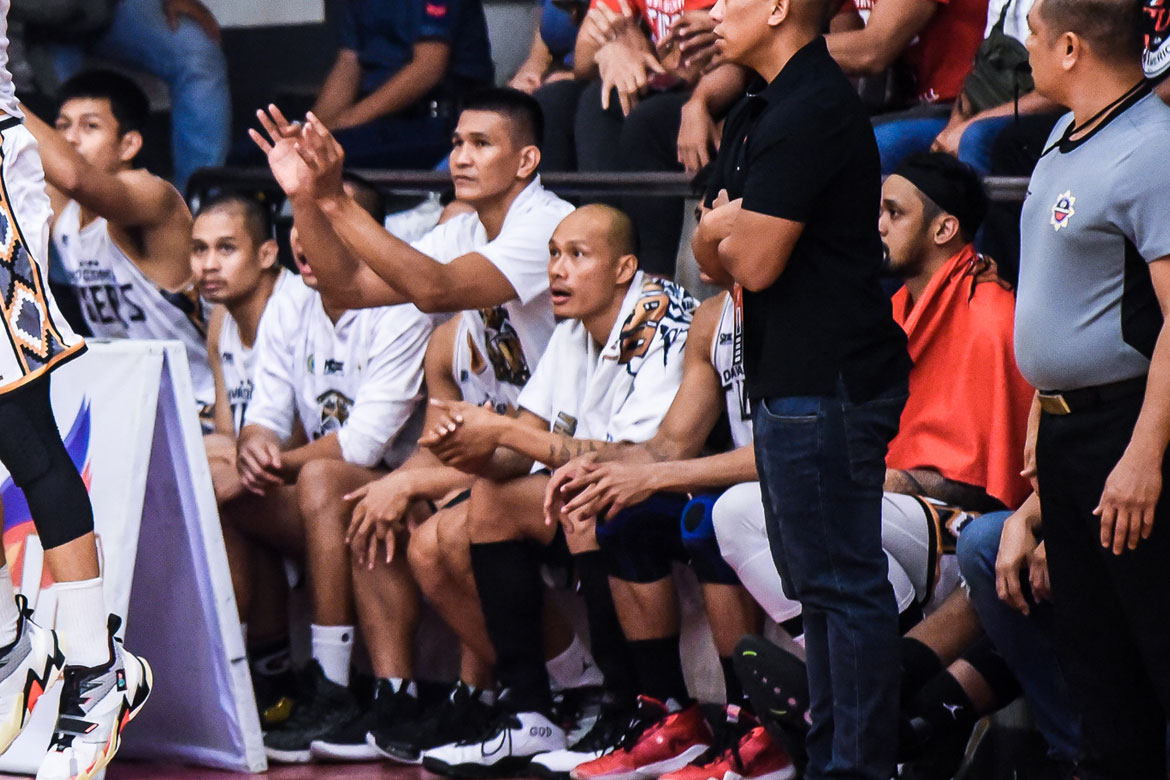 Davao Occidental-Cocolife will be bracing for the worst on Wednesday, as ace big man Mark Yee remains doubtful for Game Three of their 2019-20 Chooks-to-Go/MPBL Lakan South quarterfinals match-up against eight-seed Bicol-LCC Stores.

Yee left Game Two of the series with 3:05 remaining in the second quarter. Based on the initial medical report he received last February 22, Yee is feared to have torn his plantaris muscle in his right knee.

Davao Occidental went on to lose the game, 81-84, with Bicol tying the series at 1-1. Yee finished the game with five boards and two assists in just 9:39 minutes of play.

With his MRI results set for release on Wednesday afternoon — hours before Game Three — the 6-foot-3 bruiser will leave his faith to Davao Occidental head coach Don Dulay.

But should Dulay opt to field in Yee against Bicol, the 38-year-old declared that he’s more than willing to play through the injury to help his team.

With or without him, Yee urges his teammates to stay as one during this testing time. A loss will spell the doom for the Tigers’ once-promising season.

Yee vows to lift Davao Occidental whether inside the court or on the bench.