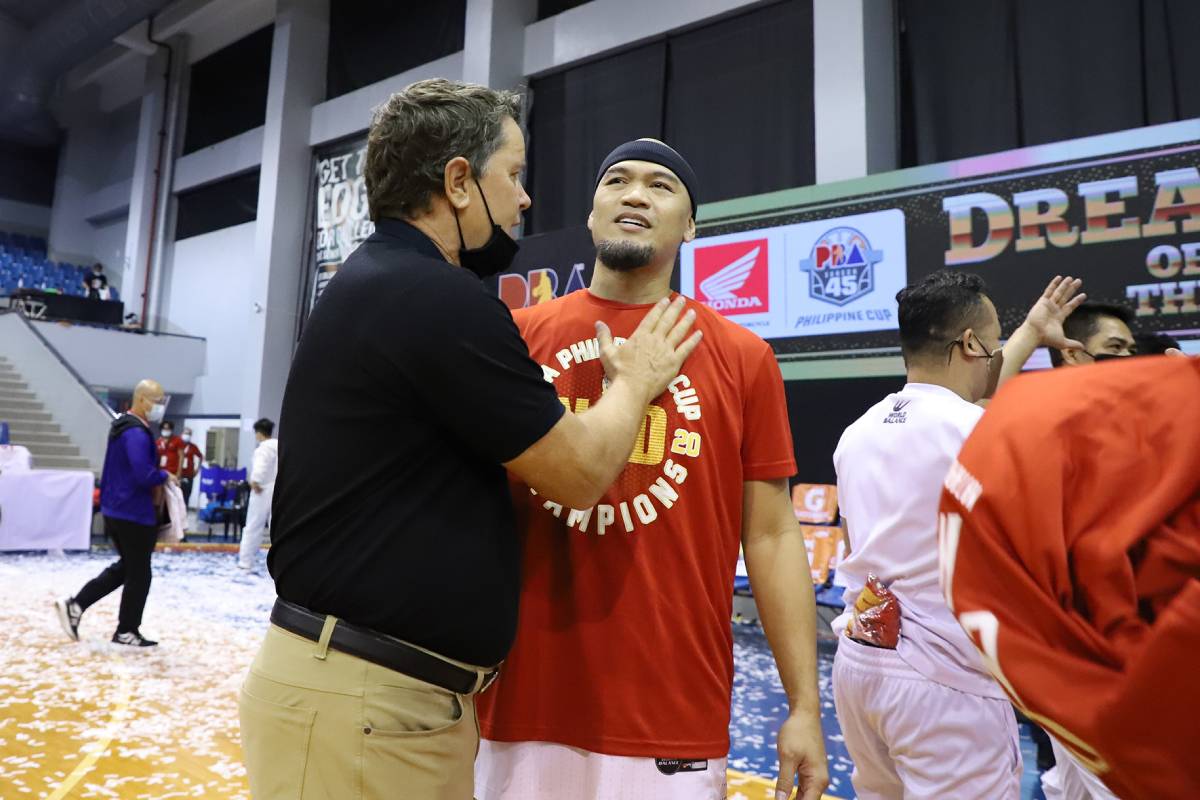 Mark Caguioa will not be part of Ginebra’s 15-man lineup to start the 2021 PBA Philippine Cup.

The defending champions have placed the 20-year veteran on the injury reserve list.

The 6-foot-2 former league Most Valuable Player has played sparingly over the past two seasons.

During Season 44, he only played 23 games and started two. In the Clark bubble, he played in three games.

Caguioa will still be in the games at the Ynares Sports Arena as teams can bring up a total of 27 personnel in the games.

“Mark is still in the US attending to family matters. We expect him to return soon. He has management’s full permission to be away,” said Ginebra head coach Tim Cone.

Aljon Mariano and Art Dela Cruz, on the other hand, are still recovering from injuries.

“Aljon and Art are both recovering from injuries.

“Art (hamstring) is close to returning but Aljon (bone spur surgery) will miss most if not all of the Fist Conference. When they are cleared to play, we will insert them immediately into the lineup,” Cone told Tiebreaker Times.

Ginebra makes its season debut on Sunday against NLEX at 4:35 PM.