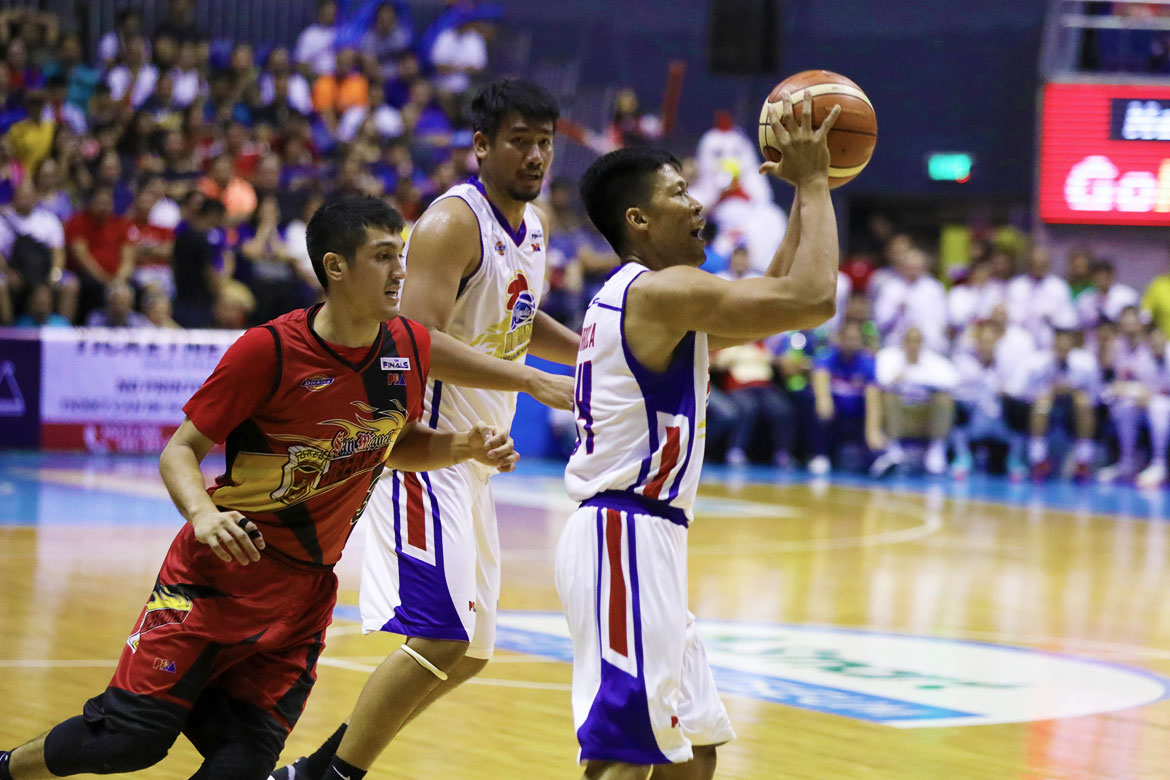 Mark Barroca is unsure about his status in Game Two of the 2019 PBA Philippine Cup Finals on Friday after hurting his foot late in the curtain-raiser of the best-of-seven series between the Magnolia Hotshots and the San Miguel Beermen, Wednesday night.

Barroca got hurt with 57.6 seconds left in Game One after San Miguel forward Arwind Santos landed on his right foot when they both went after the loose ball near the baseline. The eight-year pro took a while before standing up.

He only shrugged it off, however, and refused to get subbed out for good. Barroca kept himself on the playing court and helped his Hotshots avert a nine-point meltdown to emerge victorious, 99-94, to gain a 1-0 lead.

And despite the pain, Barroca finds relief in the win. He lauded their impressive guard play that outmatched the Beermen’s own, but for him, it was really their defense that brought wonders and the head start in the series.