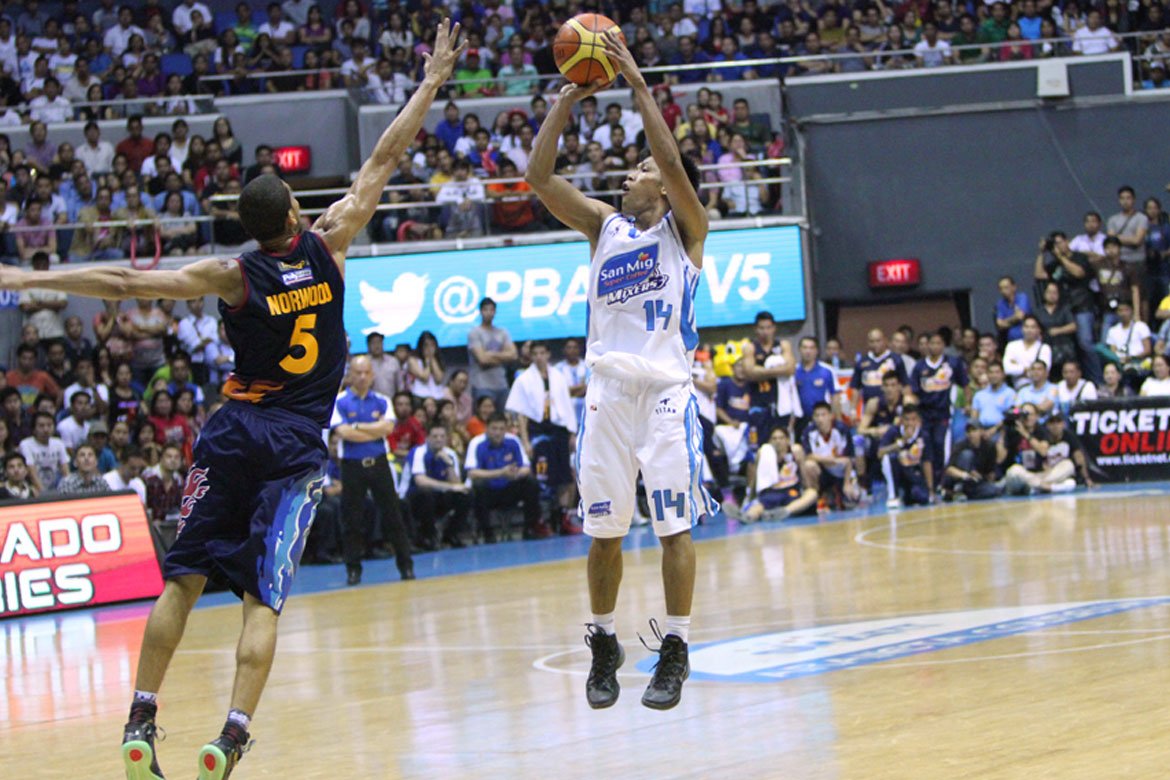 In that heated Game Six of the 2014 PBA Philippine Cup Finals between San Mig Coffee and Rain or Shine, Mark Barroca proved that he is among the league’s finest.

Then in just his third season in the pro ranks, the Gilas Pilipinas pioneer had his fingerprints all over that victory, giving the Mixers the championship — the first piece of their Grand Slam success.

Barroca poured in 24 points, including 13 in the final frame, that saw him score eight straight in the final 2:41. He also had five assists, three rebounds, and two steals in the 93-87 triumph.

And for that, the Far Eastern University product was crowned the PBA Press Corps Finals Most Valuable Player with per-game averages of 12.0 points, 2.7 rebounds, 3.8 assists, and 1.3 steals.

The 34-year-old revisited that Game 6, as the historic Mixers squad held a mini-reunion in the 2OT podcast hosted by broadcasters Carlo Pamintuan and Magoo Marjon Saturday.

What Barroca also remembers from that particular game — which many know for the partial walkout by Guiao and the Elasto Painters — was the Mixers struggling on offense.

San Mig Coffee held a 17-point lead before the firebrand coach led his team to the dugout early in the second period. Guiao was trying to make a point on what he claimed was “unfair officiating”.

Mixers head coach Tim Cone admitted post-game that it broke his team’s momentum. And that showed when Rain or Shine erased the deficit and snatched a two-point lead late in the third canto.

But then, the pride of Zamboanga wielded his magic come the deciding quarter — much to the Mixers’ delight.

That indeed was special for Barroca, as it gave him the confidence that allowed him to be who he is today.