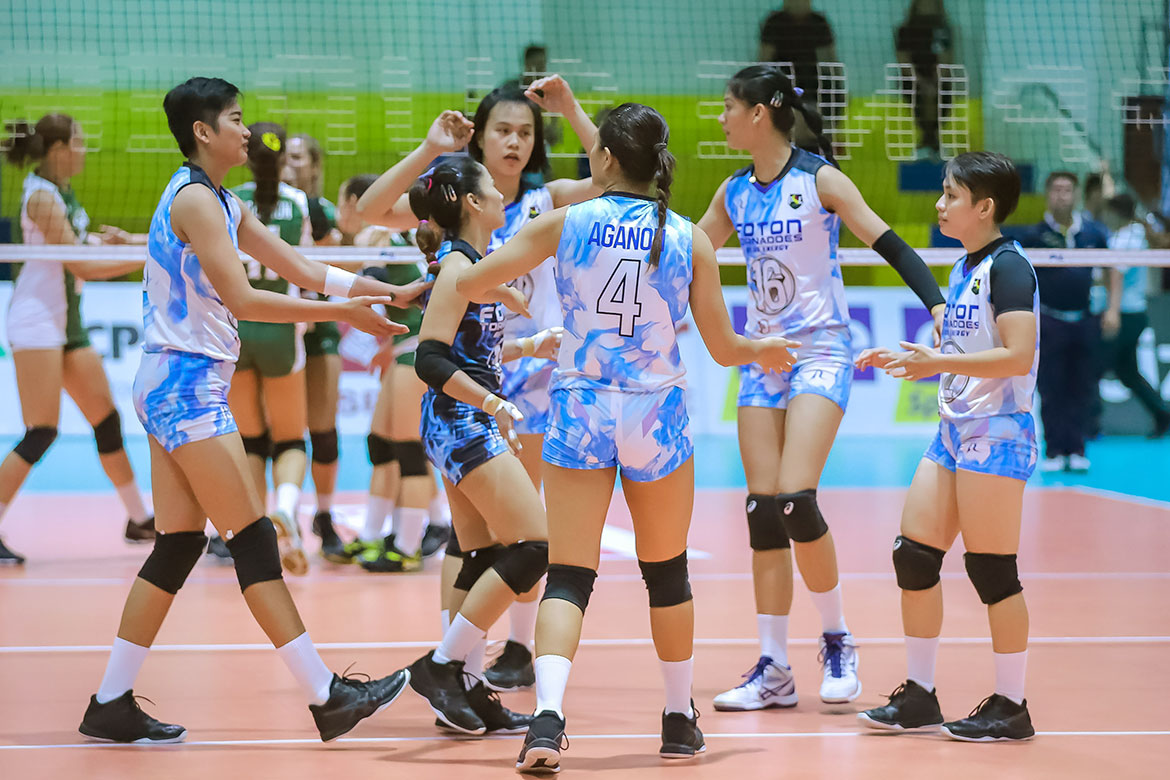 With momentum on its side, Foton leaned on Jaja Santiago and Marian Buitre in the fifth set and mounted an 8-2 cushion. From there on, errors spelled disaster for the Lady Realtors.

Though Roselle Baliton stopped the bleeding at 3-11, Gyzelle Sy connected on a 1-2 play that brought the Tornadoes gap back to nine – a lead that Foton would not relinquish the rest of the way.

Buitre poured in her best performance so far, tallying 15 points off eight attacks, five aces and two blocks. She came off the bench and provided a much-needed offensive push after Foton head coach Aaron Velez made a reconfiguration in his rotation in the third set.

Manabat, meanwhile, supplied 13 markers for the Tornadoes, who tightened their grip of the solo fourth place with a 5-3 win-loss record.

On the other hand, the Lady Realtors have dropped to a 1-7 card – a win ahead of the still-winless Marinerang Pilipina.

MJ Phillips was not fielded in the game, while libero Alex Bollier is expected to be out for at least a week due to patellar tendonitis on her left knee.

Foton tries to continue its winning ways as it faces PLDT while Sta. Lucia looks to arrest its skid versus F2 Logistics. Both games will be played on Thursday at the FilOil Flying V Centre.