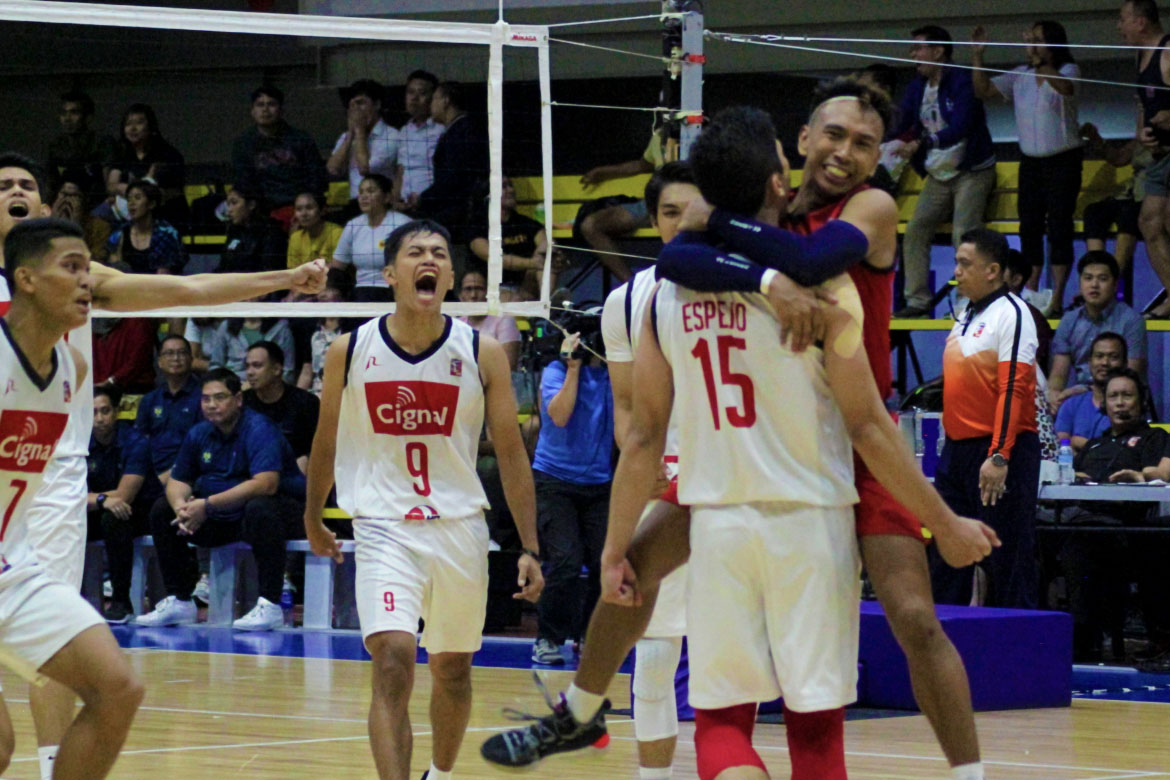 After a series of breath-taking rallies in the fifth set, both teams found themselves in a tight 14-all deadlock. From there, it was an all-out battle between star hitters Nico Almendras and Espejo.

The four-time Spikers’ Turf MVP Espejo rose up, who is nursing a shoulder injury, and converted a cross-court hit to put Cignal at set point, 15-14. On the brink of elimination, Almendras mustered all his strength and delivered a kill to knot things up.

In the ensuing play, Espejo used his wits and delivered an off-speed attack to take the lead once more. Almendras rose up for one final attack to tie the game at 16-all.

Espejo converted an off-the-block attack and an ace in the following possession to completely put an end to the Ball Hammers’ gallant run.

This will be Cignal and Air Force’s sixth encounter in the finale. The HD Spikers are seeking their fourth crown.

Vince Mangulabnan drove the HD Spikers’ offense after dishing out 42 excellent sets to go along with his four points while Manuel Sumanguid led the defensive chores with 23 excellent receptions and 17 digs.

Despite taking the first set with ease, the HD Spikers lost their grip in the game and dropped the second and third sets.

Cignal regained its form at the right moment, taking advantage of Sta. Elena’s attack and service errors to take a 20-17 lead in the fourth set. Intal, Bugaoan, and Espejo took turns in delivering the differential hits to extend the game to a fifth set.

Almendras led the Ball Hammers’ tough stand with 29 points on 23 attacks, five blocks, and an ace while Edward Camposano fired 20 points, 17 of which came from hits.