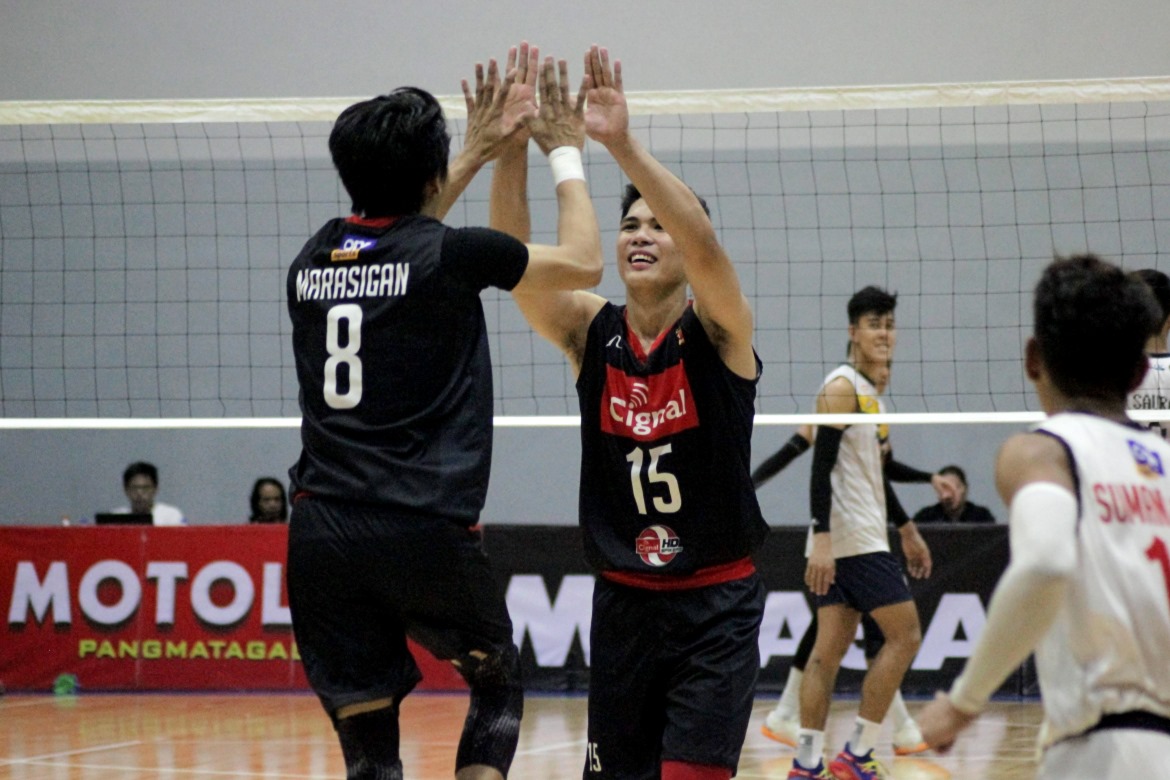 Marck Espejo and the Cignal HD Spikers took down the defending champions Go For Gold-Air Force Jet Spikers in four sets, 19-25, 25-13, 25-22, 25-21, to take Game One of the 2019 Spikers’ Turf Reinforced Conference Finals at the Paco Arena in Manila, Friday.

Espejo fired a game-high 19 points founded on 17 attacks and two blocks to go along with 18 excellent receptions and four digs while Jude Garcia added 14 markers.

With Cignal up by a solitary point in the fourth set, Ysay Marasigan scored off a kill which was followed by a net touch from the Air Force’s side, giving the HD Spikers a three-point edge, 18-15.

Both teams fired at each other from there but a cross-court hit from Espejo gave Cignal a comfortable four-point advantage, 21-17. Ranran Abdilla was able to pull the Jet Spikers to within two, 19-21, but Espejo and Ysay Marasigan fended off Air Force’s final run. Abdilla though committed a service error which sealed the match.

Marasigan contributed 12 points while Vince Mangulabanan glued things together for the HD Spikers with 32 excellent sets.

Manuel Sumanguid protected the floor for Cignal, who is seeking a fourth crown, with 18 receptions and seven digs.

After losing the opening set, Cignal came brought the fight in the second frame and pounced on a defenseless Air Force, leading by as much as 12 points to tie the game at 1-1.

Unlike the first two sets, both teams figured in a tight tussle in the third frame.

After trailing most of the set, Marasigan came alive and fired up a 4-0 blitz to take the lead at 19-17. Abdilla and Bryan Bagunas tried to keep their team at-bay, but Marasigan continued his onslaught and scored the differential hits to put his squad in a 2-1 advantage.

On the other hand, Nico Almendras paced the Ball Hammers with 18 points, 25 receptions, and six digs.

Cignal will look to secure the championship while the Air Force will try and salvage its campaign on Sunday, at 7:00 PM. Meanwhile, PLDT looks to seal bronze earlier in the day at 5:00 PM.