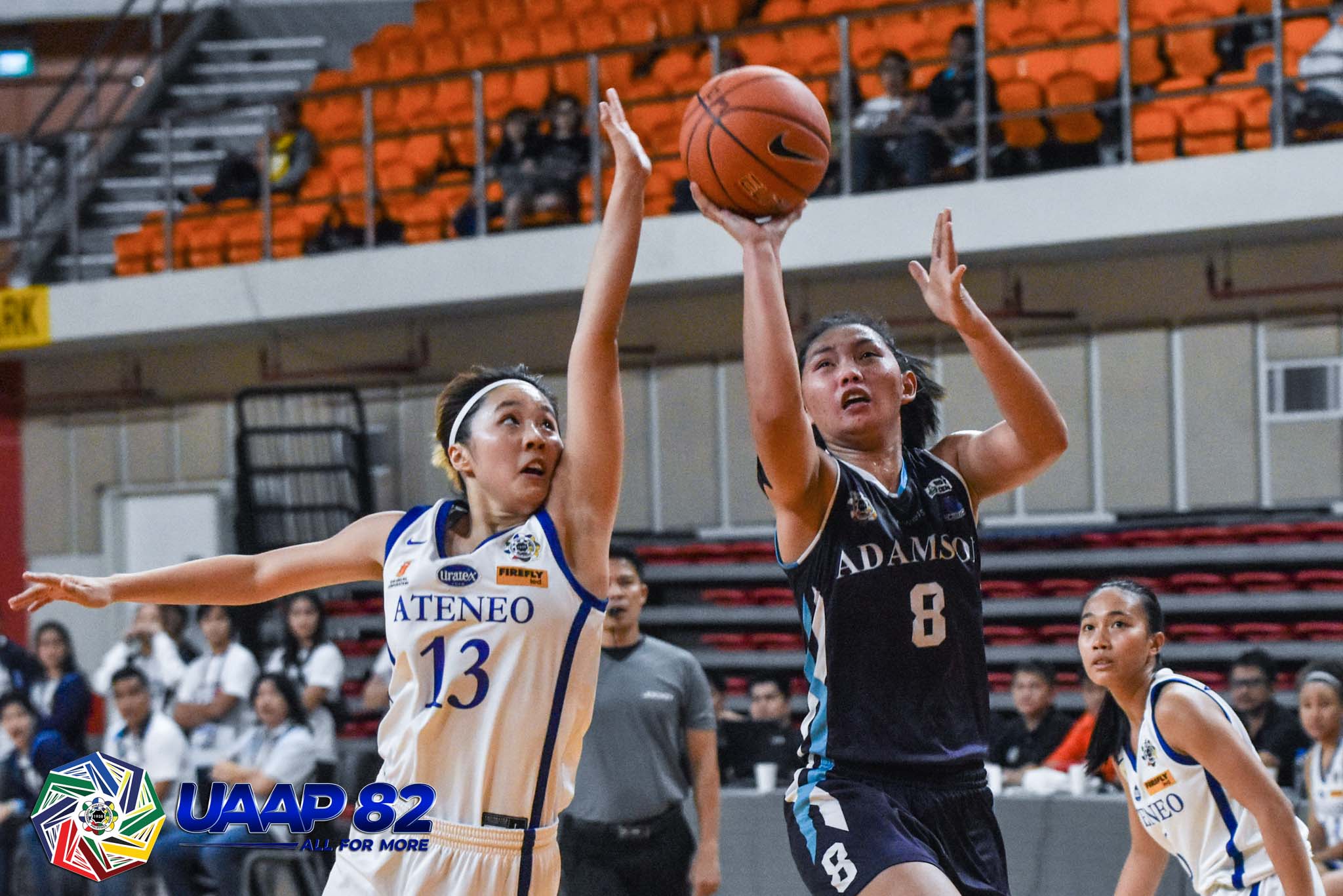 The Adamson University averted a huge meltdown as they stymied the Ateneo Lady Eagles’ late rally to take a 65-60 win in the UAAP Season 82 Women’s Basketball Tournament, Wednesday at the UST Quadricentennial Pavilion.

The Lady Eagles, however, had one more run in them. Alyssa Villamor and Joanne Nimes first drained back-to-back three-pointers. A Hazelle Yam basket then cut the lead to two points, 62-60, with seconds remaining in the match.

But their rally, unfortunately, went for naught. Lhyn Bilbao nailed the marginal free throws to lift the Lady Falcons to their sixth win in eight matches. They also keep a stronghold of the third spot in the standings.

Prado finished with 25 points, 13 rebounds and three assists. Bilbao snagged a double-double herself with 16 points and 19 rebounds, while Kat Araja added nine points.

The loss sent Ateneo further down their spiral. They drop their sixth match in seven games to fall to 3-6.