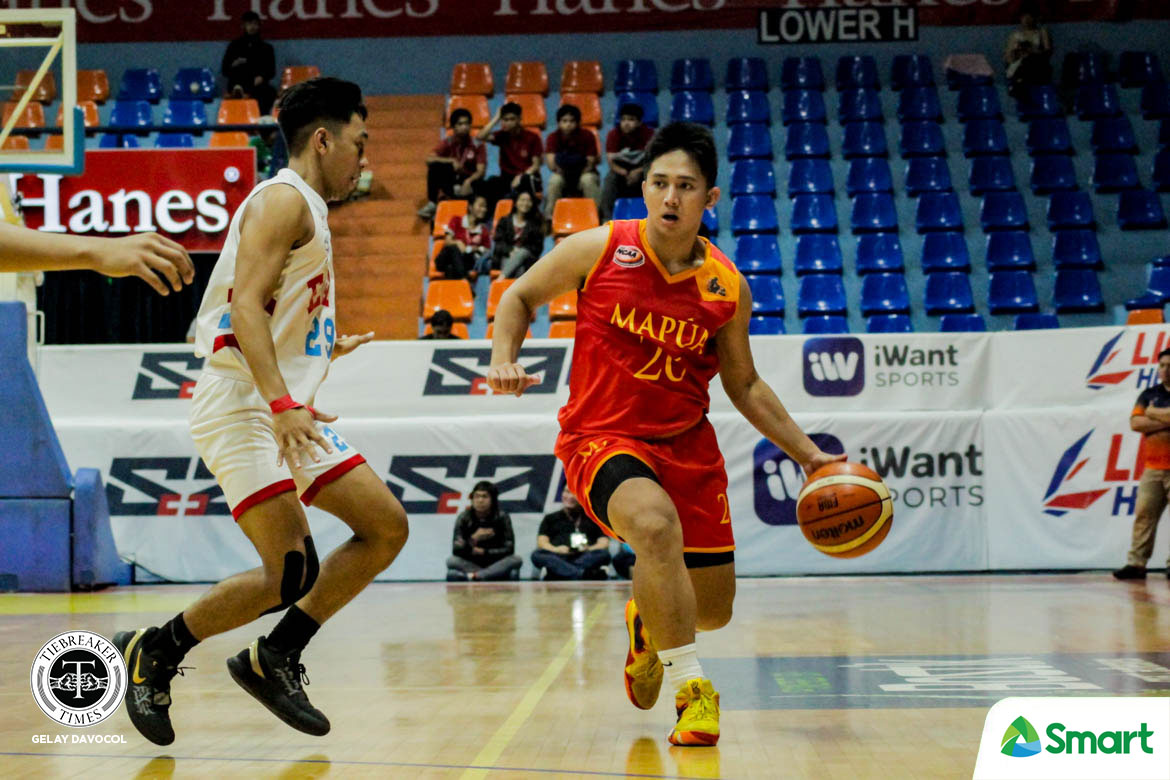 Coming off a thrilling win against the Letran Knights last Friday, the Mapua University Cardinals bucked a late-game upset attempt by the Emilio Aguinaldo College Generals to take a 79-76 victory in the NCAA Season 95 Seniors Basketball Tournament, Friday at the Filoil Flying V Centre.

Down by two points in the final frame, 60-62, Noah Lugo and Laurenz Victoria engineered an 18-6 run. They gave Mapua a commanding 10-point advantage in the last two minutes.

Lugo — who came off a 31-point career-best performance — fired 16 points, four rebounds, and two assists to lead the Cardinals to their second straight victory.

Warren Bonificio chipped in a double-double of 13 points and 10 rebounds in the victory. Meanwhile, Laurenz Victoria — who left the game with 46 seconds left after landing on Adrian De Guzman’s right foot — finished the match with 11 points.

Not wanting to go down without a fight, Marvin Taywan fired four points in the Generals’ 8-0 rally to cut the Cardinals lead to just two points.

Taywan had the chance to take the game from Mapua, but air-balled a three-pointer in the dying seconds of the game. Taywan then fouled Lugo whom iced the game after a split from the charity line.

With the victory, Mapua upped their slate to 5-7, and kept their NCAA Season 95 Final Four hopes alive.

The Cardinals missed the services of rookie Paolo Hernandez, who is currently nursing a knee injury.

EAC — who are now on a ten-game losing streak with a 1-11 card — were led by JP Maguliano with 15 points and five rebounds.

Mapua look to continue their streak on Tuesday, September 24, when they face the Arellano Chiefs. Meanwhile, EAC will try to get their second victory on Friday, September 27, against the San Sebastian Stags.