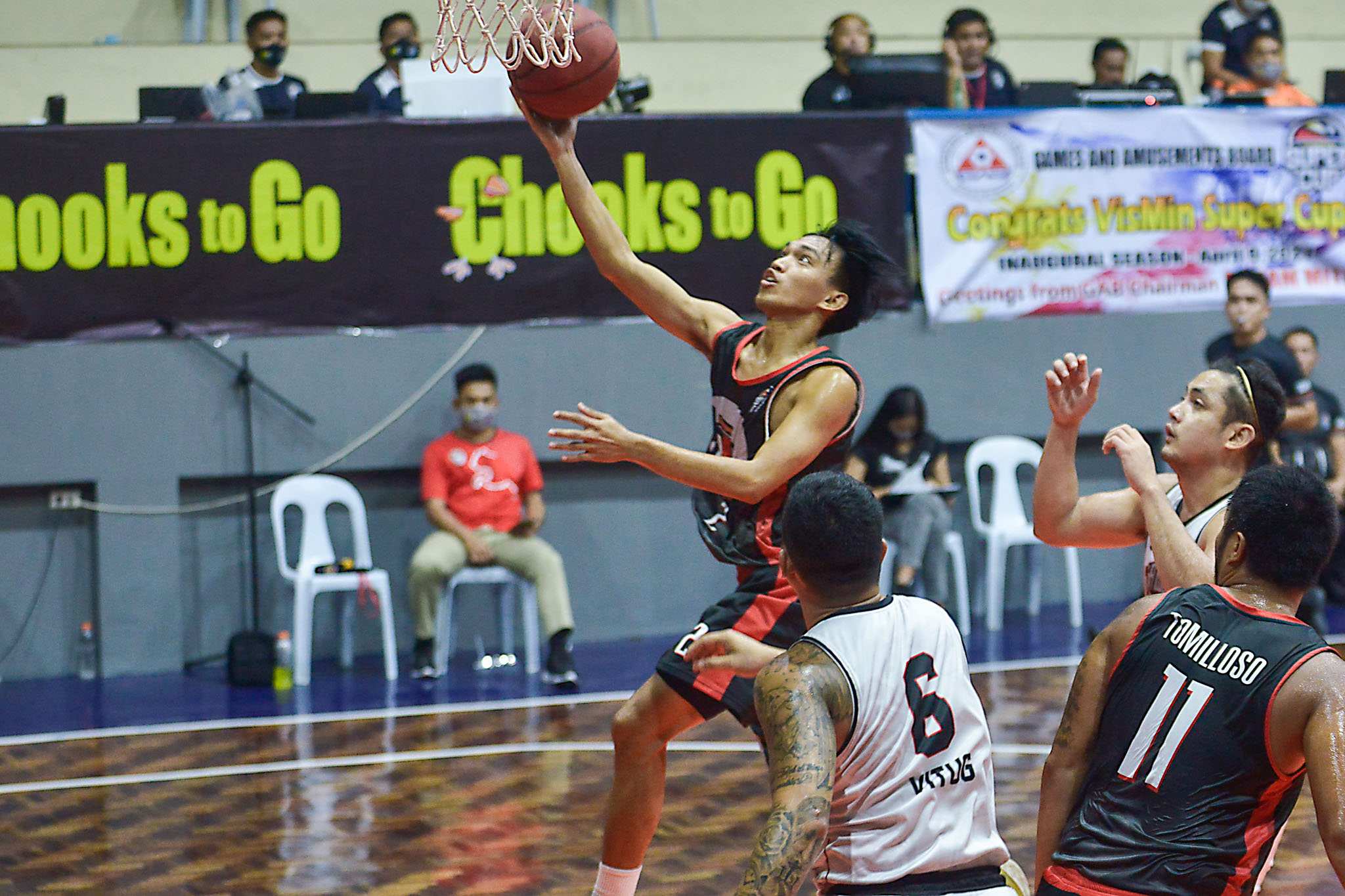 ALCANTARA—Jaybie Mantilla put Dumaguete on his back and carried them to a 90-85 win over Tabogon in the Chooks-to-Go Pilipinas VisMin Super Cup, Thursday night at the Civic Center here in Cebu.

Down by 15 at halftime, Mantilla—a former CESAFI MVP—came alive and exploded for 17 points in the third to turn the tables on the Voyagers and shove the Warriors into the driver’s seat, 71-69.

He then completed a three-point play with 2:44 left in the game to put Dumaguete in the lead for good as the Warriors snapped a five-game losing streak and improved to 2-7, good for a share of fifth place alongside Tubigon Bohol.

“We needed to win this game. So there was no time to relax and we needed to step up so that we could get a better position in the playoffs,” said Mantilla, who also is the SK chairman of Brgy. Suba Pasil in Cebu City. “Coach Leode (Garcia) also told me that I needed to step up and really show my game.”

The 5-foot-8 Mantilla flirted with a rare quadruple-double as he finished with 29 points—on 13-of-16 shooting—eight rebounds, nine assists, and a whopping seven steals.

Down four, 81-85, after a triple by Tabogon’s AJ Vitug, Dumaguete closed the gap to two, 83-85, after a layup by Jovanie Aguilar. On their next offensive, Mark Doligon got fouled and made the first free-throw before missing the second. However, Mantilla grabbed the offensive rebound and shot it back in while getting fouled. He made the bonus free-throw to put the Warriors ahead, 87-85, with 2:44 left.

Tabogon had a shot at tying the game but Arvie Bringas missed a baseline jumper and Doligon secured the win with a short jumper from the post that gave Dumaguete an 89-85 lead with just 38 ticks to go.

Big man Mannie Gabas also played a huge role in Dumaguete’s win as he tallied a double-double of 19 points and 12 rebounds while Doligon added 14 points, seven rebounds, and three assists.

Off guard James Regalado chipped in 12 points and three assists before fouling out in the fourth period.

Joemari Lacastesanto led Tabogon with 16 points as the Voyagers ended the elims with a 3-7 card for the fourth seed.

Dumaguete looks to end the round strong when it faces KCS Computer Specialist tomorrow at 3PM. The placing of Tabogon, Dumaguete, and Tubigon Bohol in the stepladder playoffs will be determined in this game.