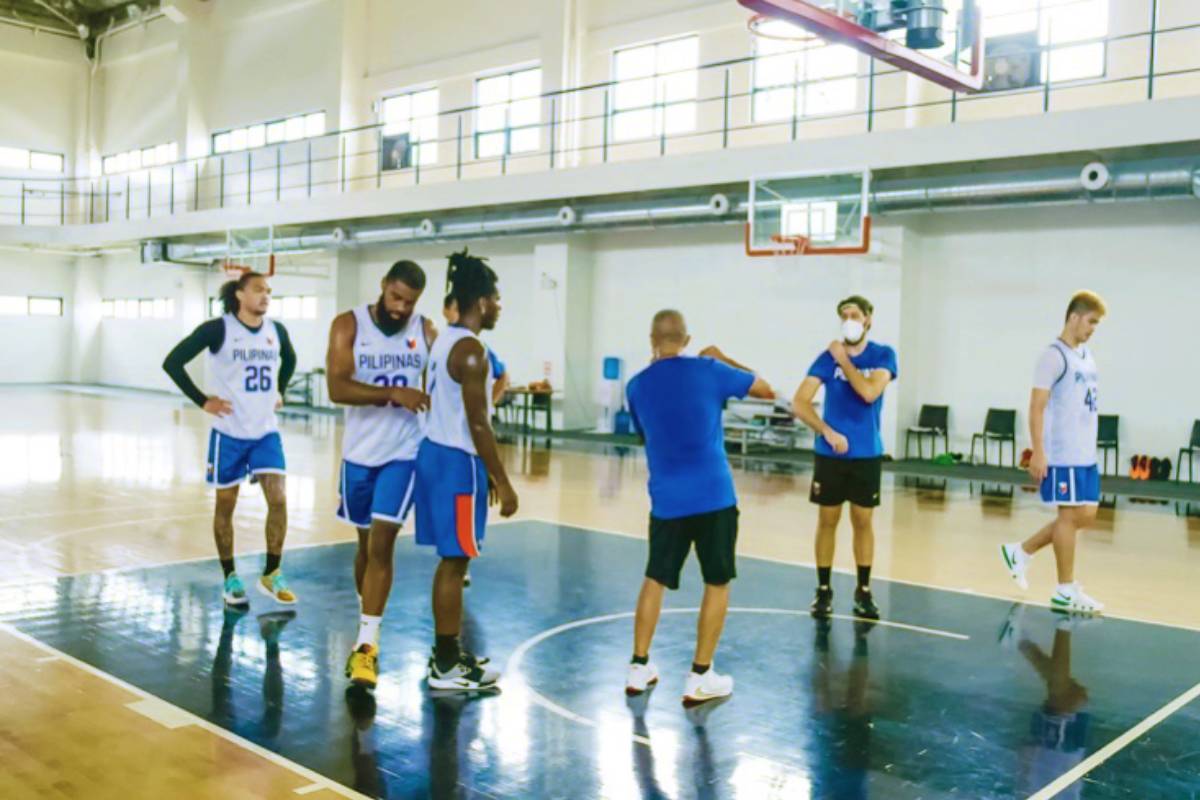 Gilas Pilipinas 3×3 men’s head coach Ronnie Magsanoc was pleased with the work the team put in inside their training bubble as they left Inspire Sports Academy in Calamba, Laguna last Saturday.

Although their preparations were delayed due to the community quarantine in NCR-plus, the team worked hard to make up for lost time.

The pool composed of Mo Tautuaa, Joshua Munzon, CJ Perez, Leonard Santillan, and Karl Dehesa trained twice a day with gym sessions in between to be in shape for what should be a grueling series of games in Graz, Austria as they’ll go up against Slovenia, France, Qatar, and the Dominican Republic in the pool stages of the 2021 FIBA 3X3 Olympic Qualifying Tournament.

“With their commitment and sacrifice, I can say that the players are really all-in,” Magsanoc said.

“The SBP did its part to provide us with everything we needed including a safe training environment in the bubble and the team did its best to maximize the great opportunity to train and be together.”

Magsanoc admitted that the first few practices were tough due to the conditioning of the players but the level has picked up considerably.

It’s been a year since the pool had been training together, last gathering back in February of 2020.

“They’ve been off the court for the past six weeks because of the community quarantine so we had to be patient until they got their legs underneath them but so far, we like what we see and we’ll take what we can get. The launchpad that this team will have is the effort and commitment they will show not just in the training bubble but hopefully until our next workouts,” the head of the federation’s program said.

The team broke camp after one more training session on Saturday morning to process the necessary documents needed for travel to Austria but they are scheduled to be back in Calamba after a few days.

Alvin Pasaol, who is still in the process of completing health and safety protocols, should be ready when the pool restarts its training inside the bubble.

“Right now there has been an agreement with the roster that we’ll continue our Zoom workouts but we also instructed them to find a playing court where they could practice individually,” said Magsanoc.

“What’s important is to stay in shape and be ready for the elite competition come the OQT. All in all, I salute these gallant gentlemen for everything that they have done. I’m learning from them and I’m hoping I also impart some knowledge to them. So far, I like what I see. I’m doing my best and they’re doing their best and that’s more than good enough for me.”