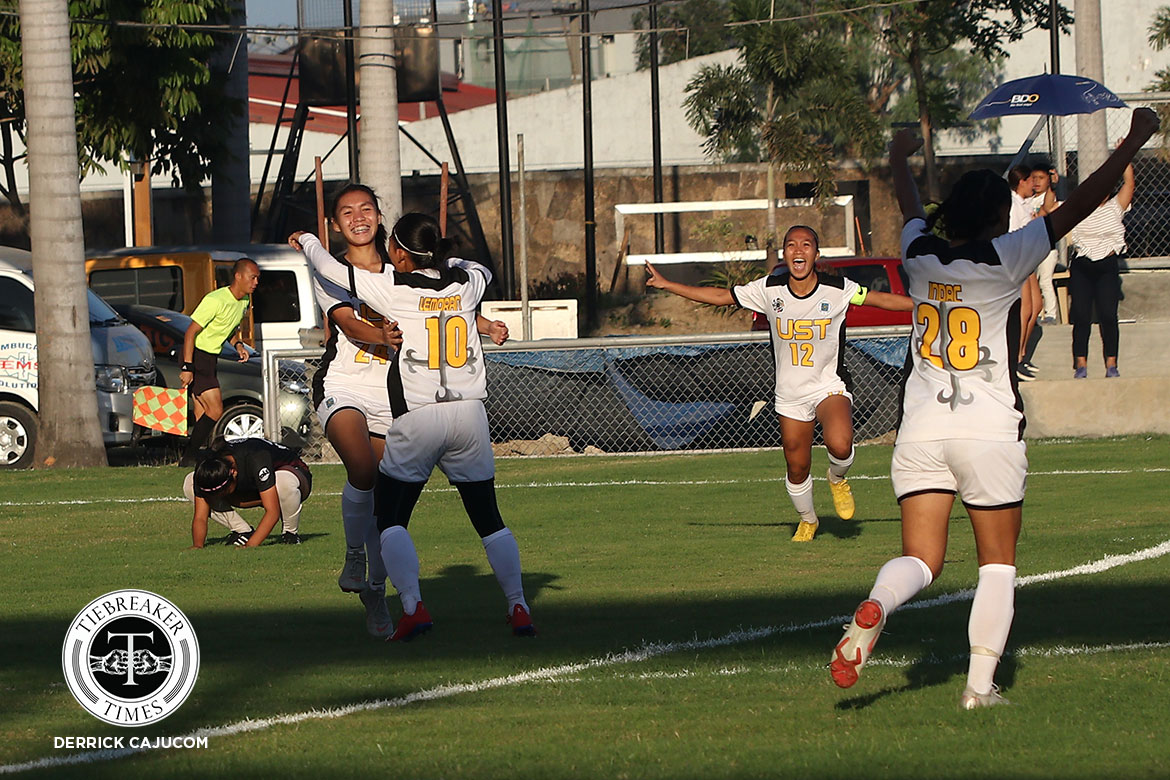 It may have only been matchday one but Mae Cadag has shown why she is one of the top forwards in the UAAP Season 81 Women’s Football Tournament.

The senior forward took the game by the neck and dragged the University of Santo Tomas Lady Booters to a 2-1 victory over the University of the Philippines Lady Maroons, Saturday afternoon at the Circulo Verde field in Quezon City.

UST suffered a big blow early in the contest when Andrea Montilla struck from outside the box in the 20th minute of the contest to hand State U the lead. But the Lady Booters took the setback in stride and retaliated in impressive fashion after the break.

Similar to Montilla’s goal, Cadag unleashed a powerful strike that proved too much for UP goalie Nicole Adlawan in the 64th minute. The national team player then shot past Adlawan again nine minutes from time to seal the comeback for the Lady Booters.

The two schools will face Far Eastern University for their next assignment. UST get first crack at the Lady Tamaraws on March 6, 2019, 1:00 PM. Meanwhile, State U will have their chance against the Morayta school on March 9, 2019, 3:00 PM. Circulo Verde will host both games.