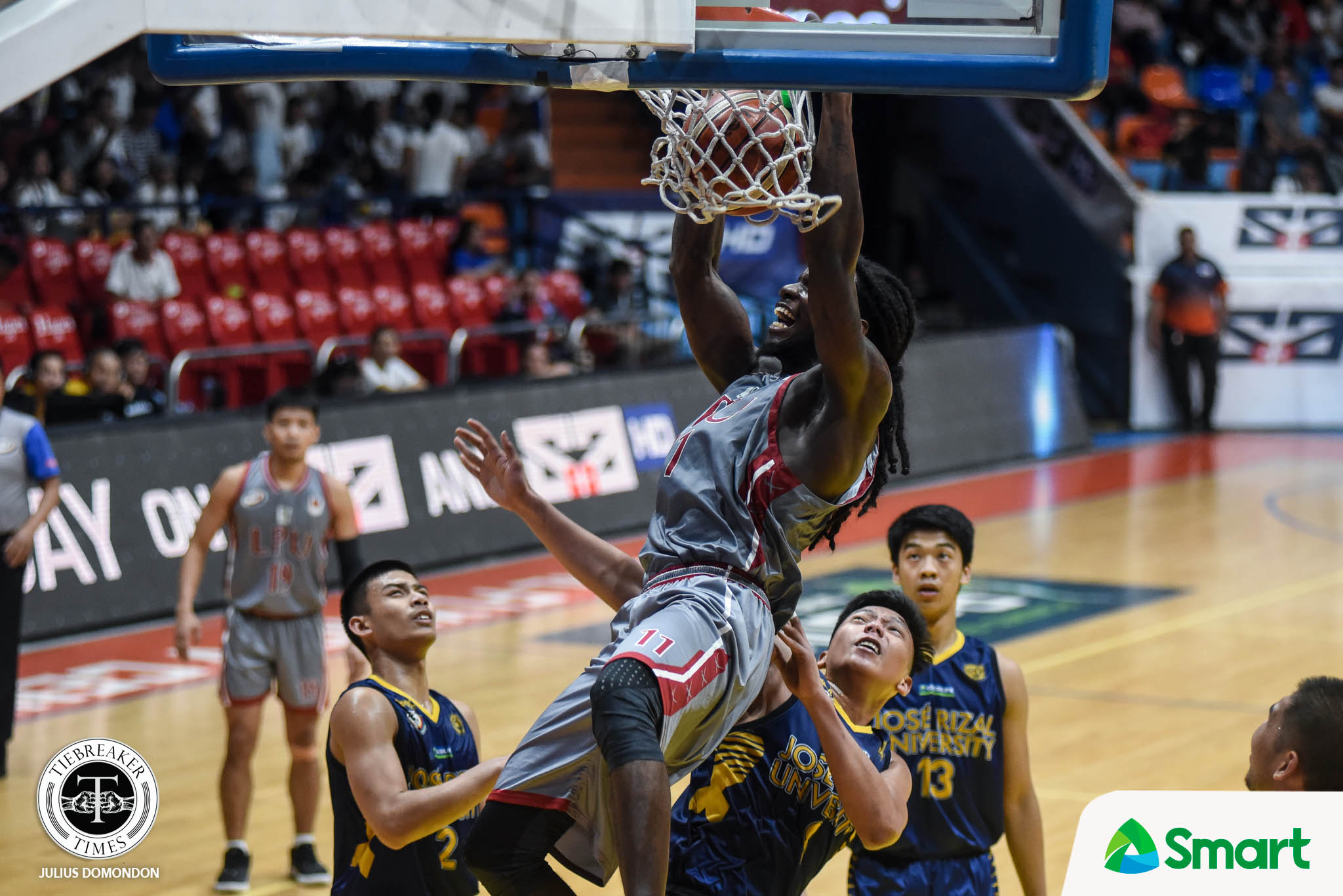 The Lyceum Pirates needed to gut it out against the Jose Rizal University Heavy Bombers, taking a 77-64 victory to clinch second seed in the NCAA Season 95 Seniors Basketball Tournament, Friday at the Filoil Flying V Centre.

“I’m really frustrated with the way the calls have been made. If they’re gonna be mad at me, so be it. I just wanna be out there and tell them they should improve their officiating. It’s destroying the essence of this game,” lamented Robinson.

With Nzeusseu stymied, the Heavy Bombers kept close with the Pirates midway through the final frame, 57-64.

Jaycee Marcelino and Reymar Caduyac then used their experience, making the big buckets to give Lyceum a 69-57 cushion with 3:07 left.

Tancsingco provided the spark for the Pirates with 10 points built on two triples.

JRU lost their fifth straight game to fall to 4-12. They were paced by John Delos Santos’ 19-point, six-rebound, and three-assist outing. Ronnie Aguilar had 16 points as well.