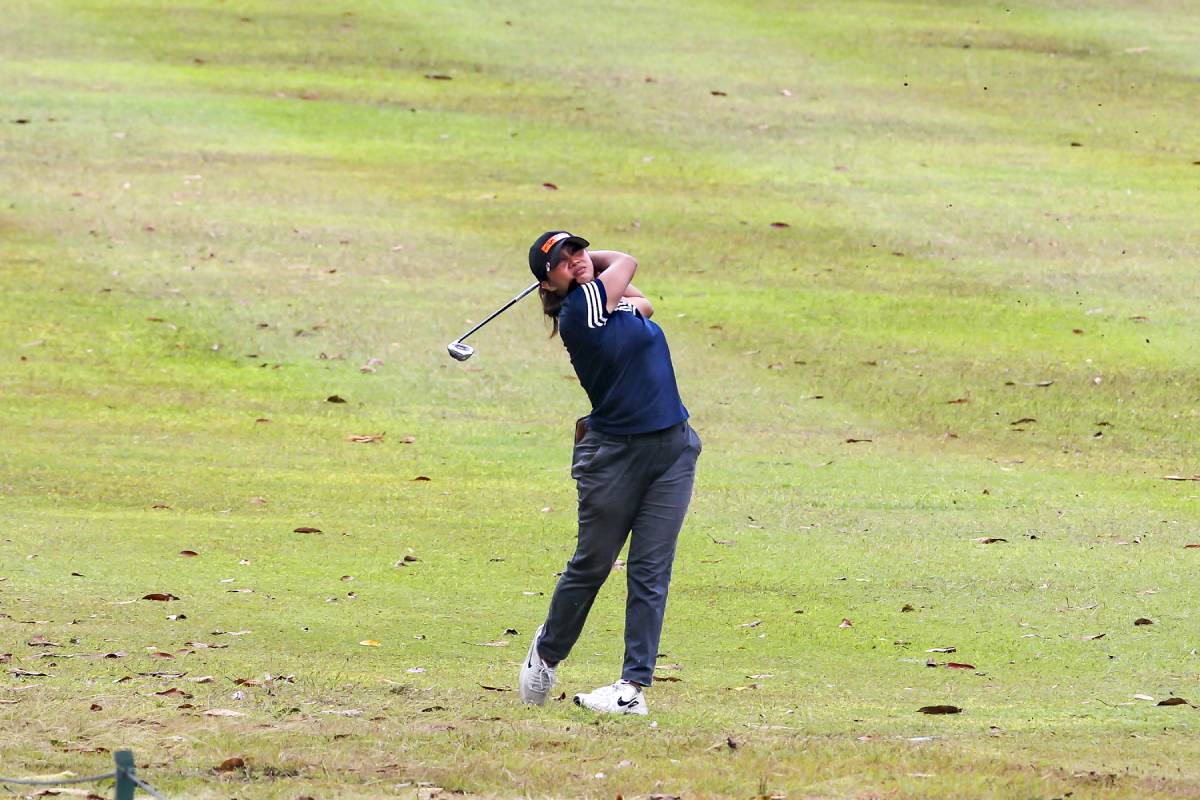 Princess Superal ran off a slew of pars on Hallow Ridge’s undulating surface at the finish to salvage a 73 and catch Chanelle Avaricio at the helm, one stroke ahead of Harmie Constantino and amateur Lois Kaye Go at the start of the ICTSI Hallow Ridge Ladies Challenge at the Filipinas Golf Hallow Ridge, Wednesday in San Pedro, Laguna.

Superal, who lost in a shootout to national team standout Rianne Malixi at Luisita two weeks ago, kept her poise after a double-bogey mishap on the par-5 No. 7 of the rolling layout, birdying the 13th while surviving the challenge of the layout’s last line of defense for a 38-35 card.

“I had a tough time at the front. You need to place your ball on the right spot on the greens,” said Superal, who birdied the par-3 No. 3 but bogeyed the next short hole on No. 5 and yielded two strokes on the seventh.

Avaricio hung tough on a two-birdie, two-bogey card after 13 holes but lost her touch off the mound in the closing holes, leading to a third bogey on No. 16 and a 36-37 that enabled the multi-titled Superal to gain a shared view of the top in the P750,000 championship serving as the second leg of the 2022 Ladies Philippine Golf Tour.

“I started pretty well but struggled with my long game towards the end,” said Avaricio, seeking a follow-up to her breakthrough triumph at Riviera-Couples last year on a course she calls home.

“Yes, I think I have some edge here but there’s also the pressure,” said the former Alabama State U mainstay, who birdied the opening hole but failed to set up other chances in the next 11, two of which she bogeyed. She gained a stroke on the 13th, only to yield it on No. 16 on a three-putt miscue.

“Hopefully tomorrow, I get back on track and be able to put the ball in good positions to make birdies,” added Avaricio, who brushed off Go’s backside challenge in the featured flight with Daniella Uy.

Harmie Constantino joined the crowded leaderboard halfway through but slipped with two bogeys in the last five holes, including on the par-5 18th that dropped last year’s two-leg winner to joint third with Go and Jane Jeong at 74.

“The greens are tough, some of them are hard to read unlike in the practice round where they were a bit receptive,” said Constantino, the reigning LPGT Order of Merit champion.

With Chihiro Ikeda carding a 75, Sarah Ababa turning in a 76, and Pamela Mariano and amateur Arnie Taguines matching 77s, the chase for top honors remains wide open, guaranteeing a fierce jostling for position in Thursday’s pivotal round for the desired spots heading to the last 18 holes of the three-day event put up by ICTSI.

Go, out to match one of Malixi’s back-to-back LPGT title feats at Midlands and Luisita, fumbled with a frontside 40 marred by a triple-bogey on the par-4 No. 8 where she incurred a two-stroke bunker penalty. But the SEA Games-bound ace hit three birdies against a bogey in the first five holes at the back and missed a couple of chances to wheel back into contention.

“I felt I had a slow start, my swing didn’t feel solid,” rued Go. “I also took a (two-stroke) a penalty on No. 8 after I hit the sand on my practice swing.”

But she eventually got her groove back and started hitting it – and putting it – better with more confidence on things she had been working on, birdying No. 10 and negated a bogey miscue on the next with birdies on Nos. 12 and 14.

“I plan to continue doing what I was doing today and hope to score better,” said the 22-year-old member of the 2019 SEAG gold medal squad, whose using the event as part of her build-up for the biennial regional games next month in Hanoi.

Jeong also found the Hallow Ridge’s surface a bit baffling but put herself in early contention with two birdies against three bogeys at the front. She made a double-bogey on the 10th but stayed in the hunt with birdies on Nos. 12 and 16 against another bogey on the 15th.

“Some greens are fast but they’re nice, in good condition,” said the young Korean. 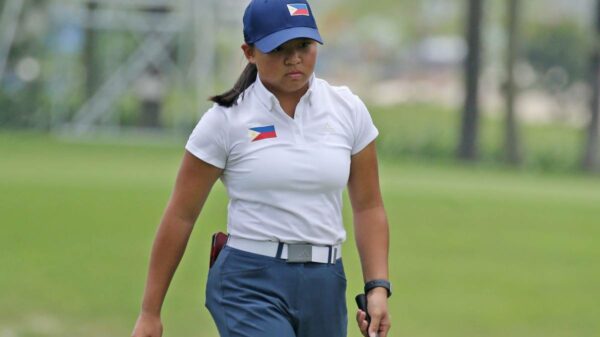