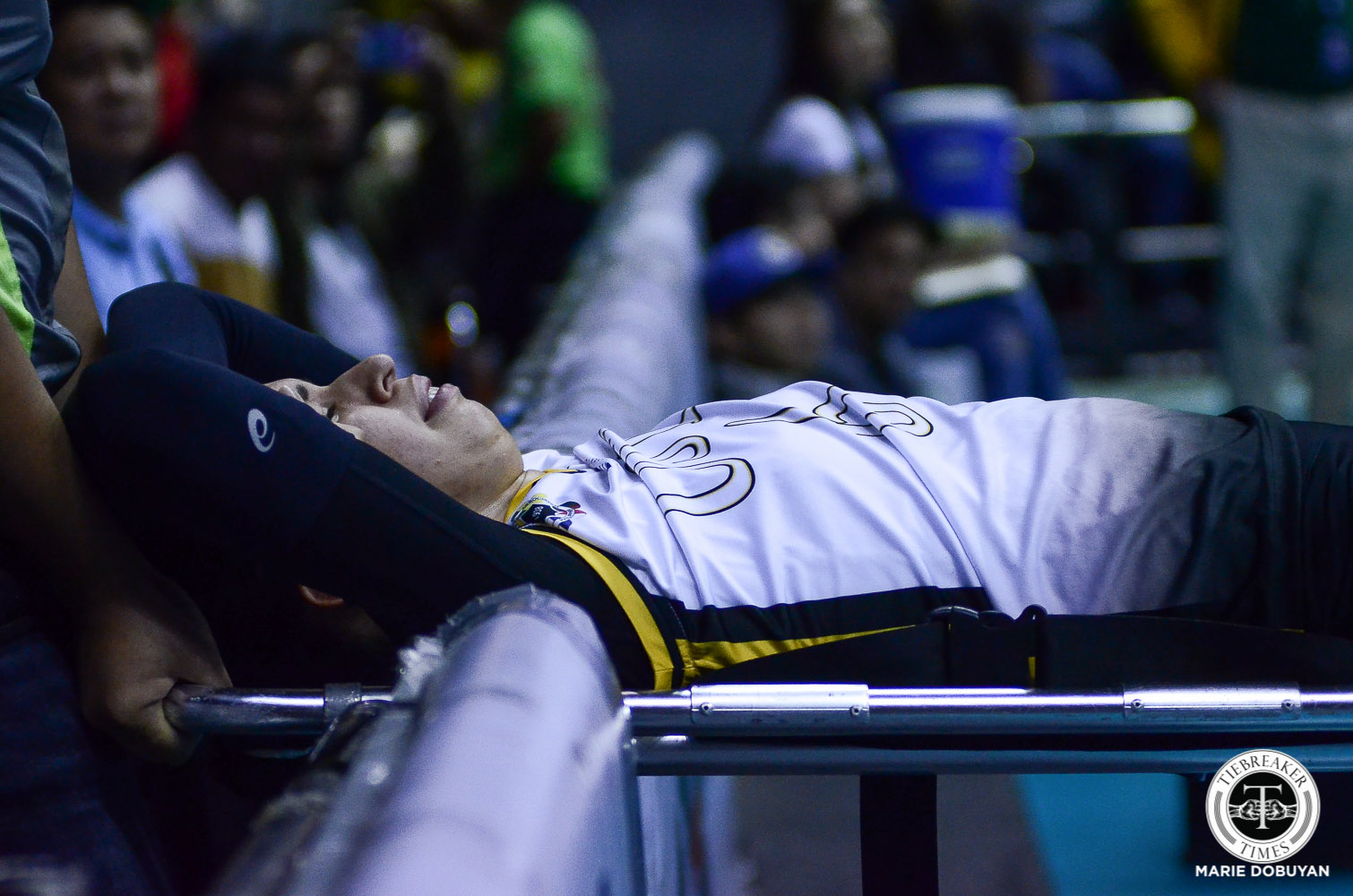 The University of Santo Tomas Golden Tigresses may be without sophomore winger Milena Alessandrini for a while.

The 6-foot-1 Fil-Italian open hitter suffered an apparent knee injury during the second set of their match against the Far Eastern University Lady Tamaraws.

Alessandrini crumpled on her left knee after a botched combination play with UST up 19-18 in the second frame. She was stretchered to the UST dugout and was replaced by rookie Rachel Roldan. 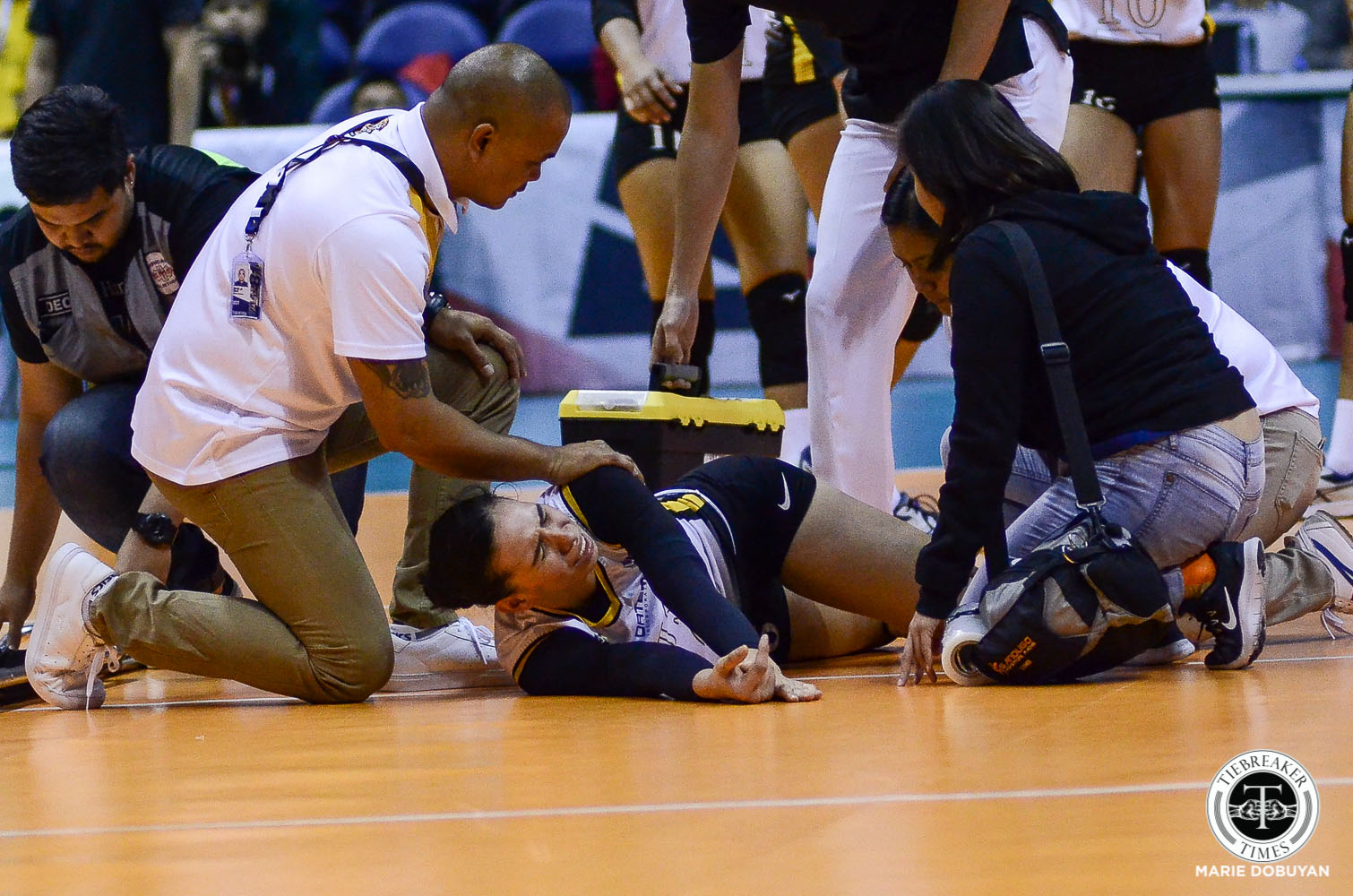 According to a source, Alessandrini will be sent to UST hospital for an MRI with multiple ligament injuries feared.