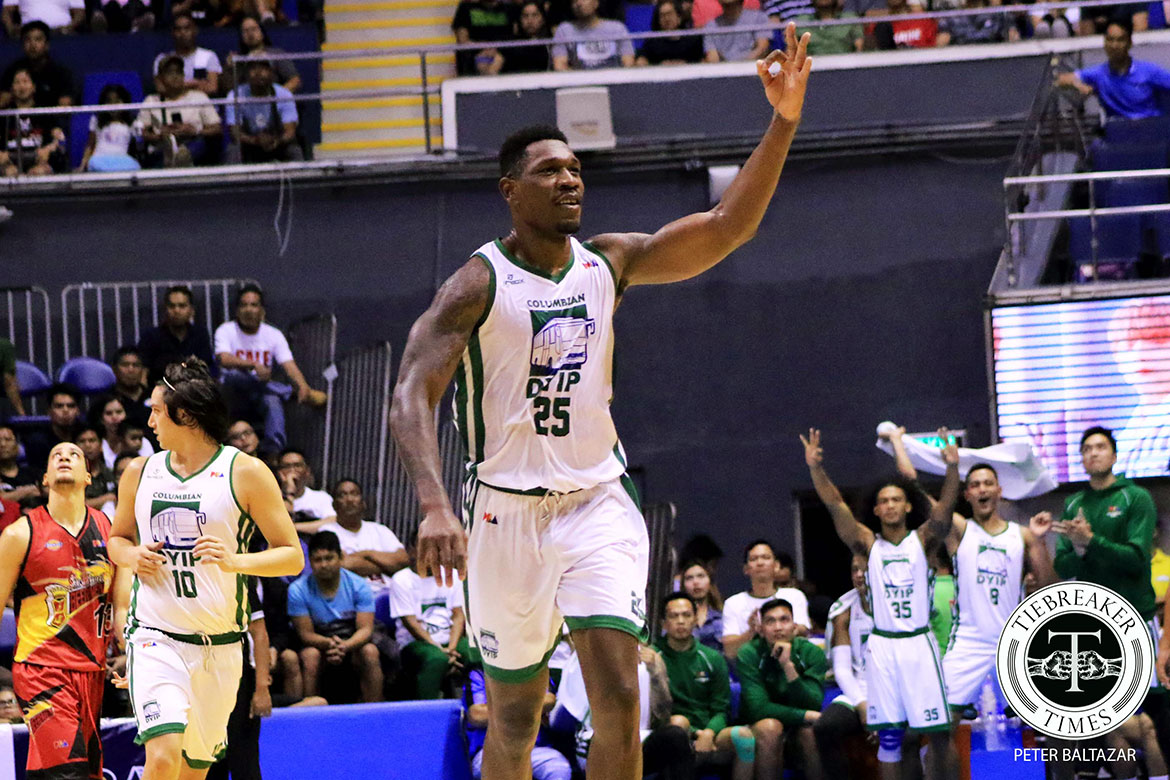 Former Columbian import Lester Prosper will suit up for the San Miguel Beermen in the East Asia Super League’s The Terrific 12, as announced by the league on Monday through its social media page Instagram.

The 6-foot-10 center will be one of the Beermen’s imports in the tilt to be held in Macau from September 17-22. The other reinforcement is Dez Wells, who will suit up for them in the 2019 PBA Governors’ Cup.

Prosper came to the Dyip to replace Kyle Barone after a 1-3 start in the 2019 Commissioner’s Cup. He brought hope to Columbian when he arrived, but the team missed the playoffs with a 3-8 card.

The 30-year-old will reinforce a Beermen side coming off a title run in the 2019 PBA Commissioner’s Cup, which gave them their 27th title in Asia’s pioneering pro league.

The Leo Austria-mentored San Miguel is in Group B, together with Chinese ball club Shenzhen Aviators and defending Terrific 12 champions Ryukyu Golden Kings of Japan.

McKenzie Moore to play for TNT in Terrific 12