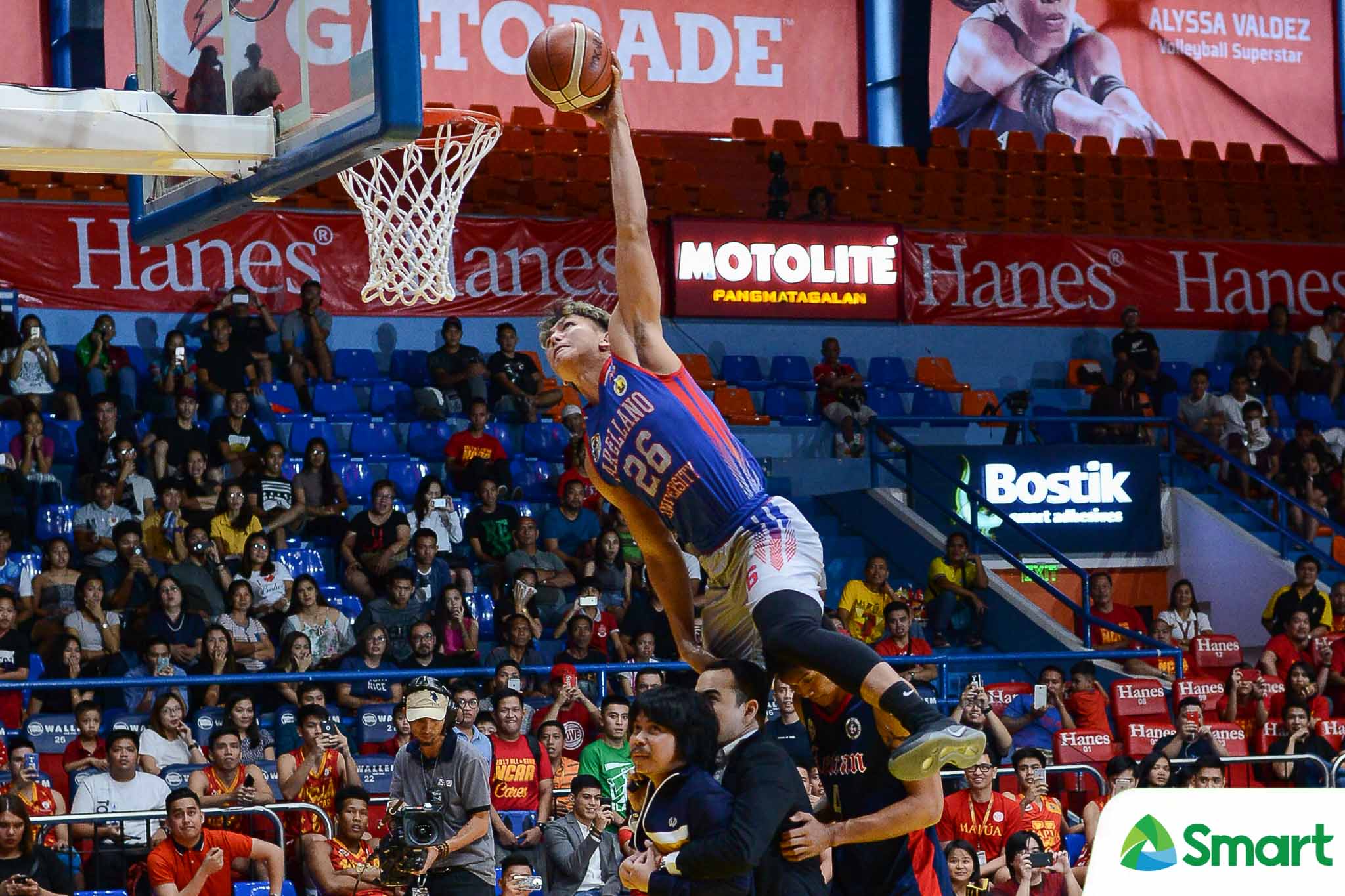 Lervin Flores made sure to make up for the botches and blunders committed by the rest of the field in the NCAA Season 93 All-Star Slam Dunk competition by putting on a scintillating performance, Friday afternoon at the Filoil Flying V Centre in San Juan City.

“Pinaghandaan ko talaga ito eh,” said Flores, who was also part of the tournament last year. Moreover, his confidence was at a high entering the event, knowing that defending champion Yankie Haruna would not be able to defend his crown.

After scoring a 45 with an off-the-backboard, reverse dunk in the preliminary, Flores of the Arellano Chiefs wowed the crowd by jumping over sportscaster Andrei Felix, actor Empoy Marquez, and Letran’s Renato Ular for a one-handed jam that scored 10s across the board.

Only three student-athletes, Flores, Ular, and Saint Benilde’s Justin Gulang, managed to convert on their dunks in the first round.

Ular missed on his off-the-glass dunk attempt in the finale, while Gulang’s slow 360-degree dunk scored a 45.