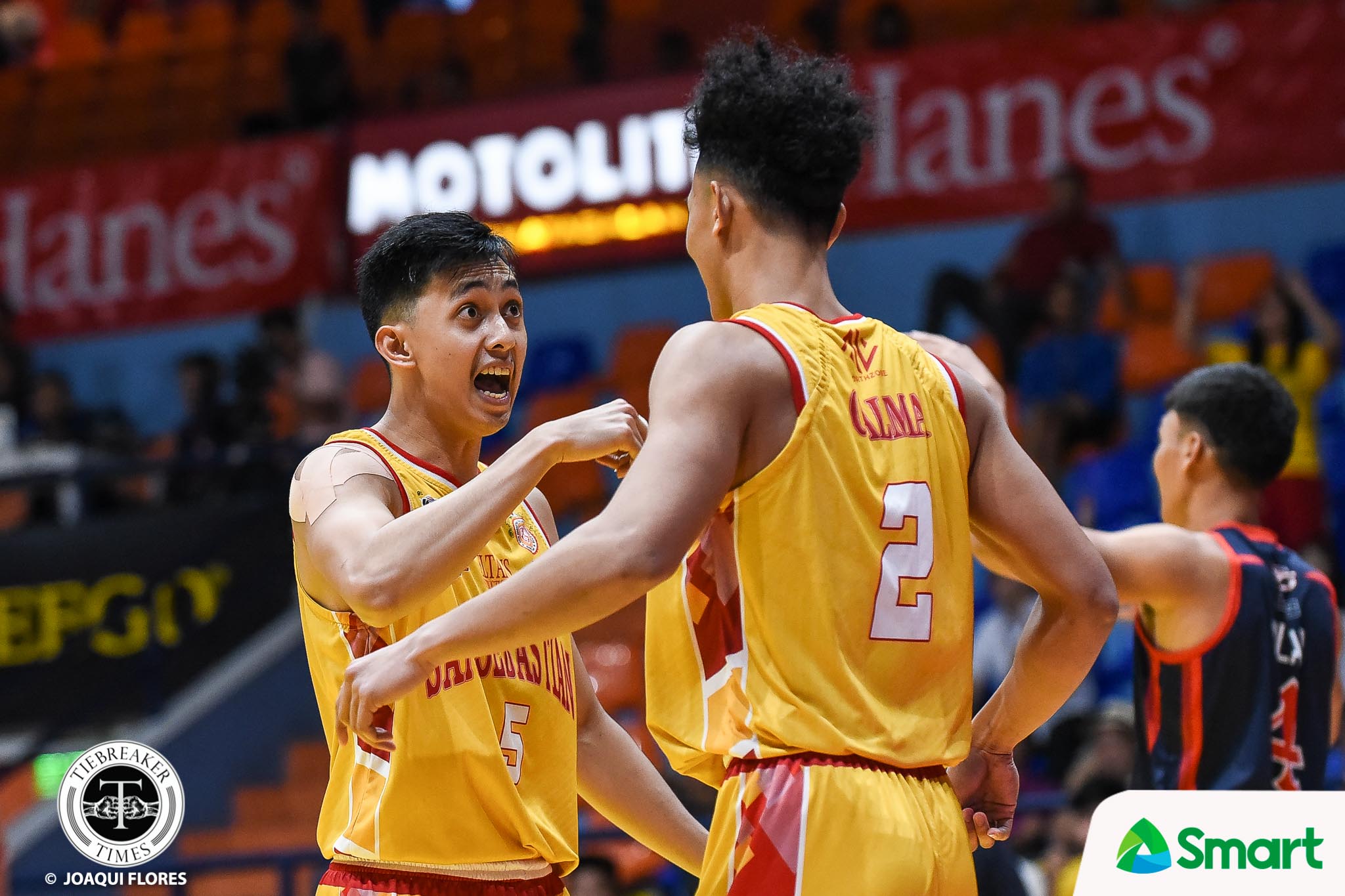 With San Sebastian in need of a win to secure a spot in the quarterfinals of the NCAA Season 95 Seniors’ Basketball stepladder, Allyn Bulanadi came through with a masterful performance.

The graduating forward dropped a career-best 44 points to will the Golden Stags to a thrilling 99-94 win over Perpetual last Friday. In the process, they booked the last ticket to the next round.

Bulanadi scattered 15 of his total in the final frame, hitting timely basket after basket to make sure Baste outlasted the Altas. He also added eight rebounds and four assists.

Bulanadi’s 44-point outburst was highlighted by efficient shooting from the field where he shot 14-of-26, including 7-of-12 from beyond the arc. He was equally efficient from the line, making all of his nine attempts.

His show-stopping performance came just three days after the lefty stuffed the stat sheet with 19 points, eight rebounds, and six assists to carry San Sebastian to a crucial 85-82 triumph over Arellano.

With those back-to-back standout performances, Bulanadi earned his second Chooks-to-Go Collegiate Press Corps NCAA Player of the Week award. He ties San Beda’s Calvin Oftana as the only players to bag two weekly plums determined by writers from print and online covering the Grand Old League.

Through those two wins, the league’s leading scorer posted per game counts of 31.5 points on 47.5 percent shooting from the field, including 37.5 percent from deep. He also put up 8.0 rebounds and 5.0 assists.

All of that was more than enough for Bulanadi to best Oftana, Arellano’s Kent Salado, and CSB’s Yankie Haruna for the recognition.