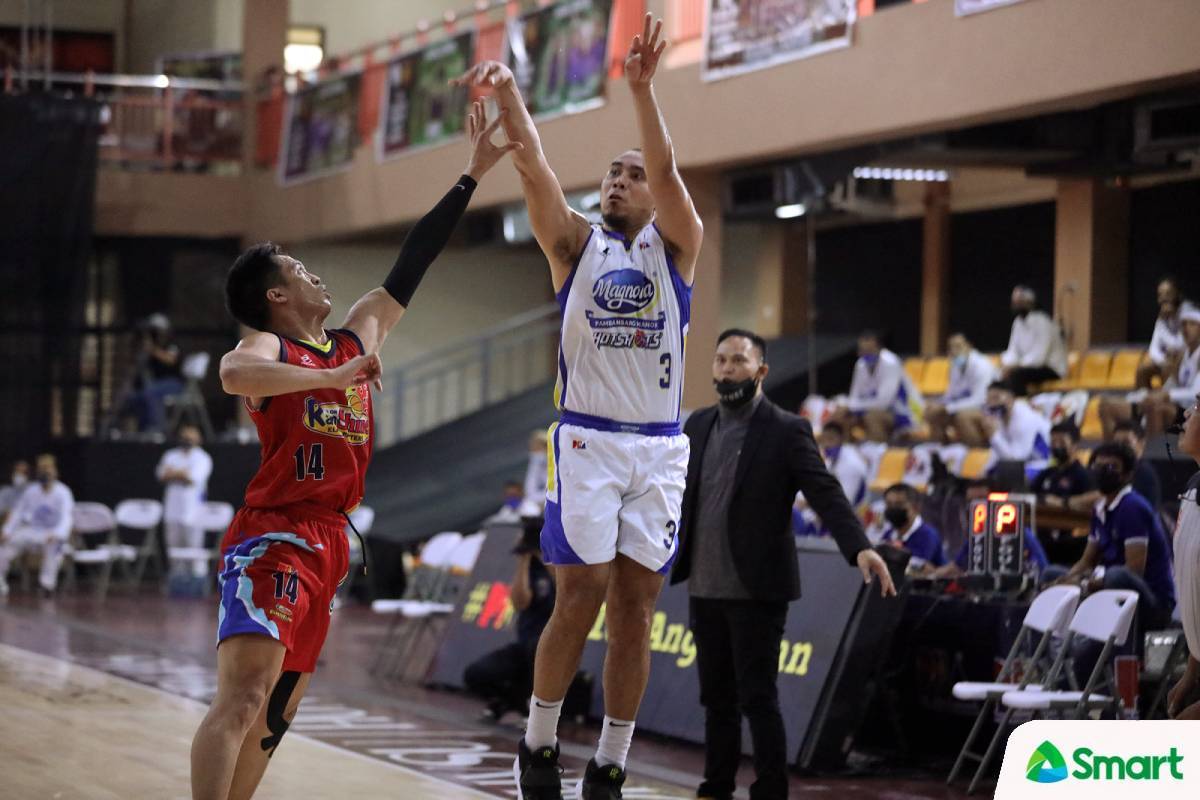 Paul Lee top-scored with 24 points, while Calvin Abueva made 20 markers and 19 rebounds as the two helped the Hotshots sweep their way into the penultimate phase for the first time since the all-Filipino wars in 2019.

“I told my players that it’s a defensive battle from start to finish; we need to execute on both ends of the floor. Kinailangan lang namin mag-grind nang mag-grind for forty-eight minutes,” said head coach Chito Victolero.

Jio Jalalon had his best game of the season thus far with 16 points, on top of six assists, three rebounds, and two steals. Top big man Ian Sangalang churned out his fifth consecutive double-double with 13 and 11.

“Thanks to my players, nag-commit sila sa gusto namin mangyari,” expressed the 2018 Coach of the Year, who’s entering his seventh semis.

Magnolia opened the game with eight straight points and was leading 26-10 before the opening quarter ended, although Rain or Shine managed to shake off the slow start and even threatened later on.

And that’s thanks to James Yap, who conspired with young guns like Anton Asistion, Rey Nambatac, and Santi Santillan for a strong third canto that saw them cut the gap to just two, 69-71, entering the final period.

The Hotshots, however, did not let the opposition get in much closer. The troika of Jalalon, Lee, and Abueva joined forces for a 13-2 blitz to make it a 13-point lead, 84-71, with less than eight minutes remaining in the game.

RoS still tried to put up a fight one last time and got to within six after a Nambatac triple with 1:37 left, but the ever-steady Barroca was there to deal the killer blows by making back-to-back one-handers to close the game out.

Magnolia will now await the winner of the remaining quarterfinal series between the two-seed Meralco and NLEX, who will play Friday in a sudden death.

Yap led Rain or Shine with 16 points as the Elasto Painters will have to wait for another chance to return to the semis since the 2019 Commissioner’s Cup. 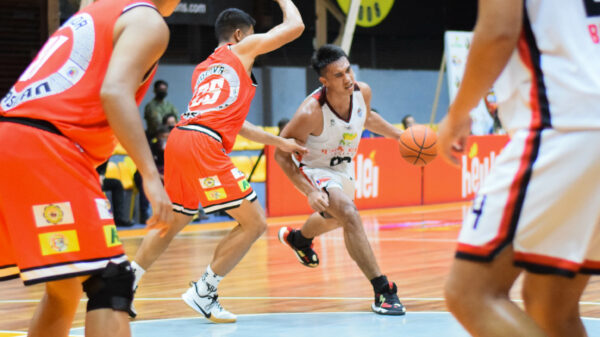