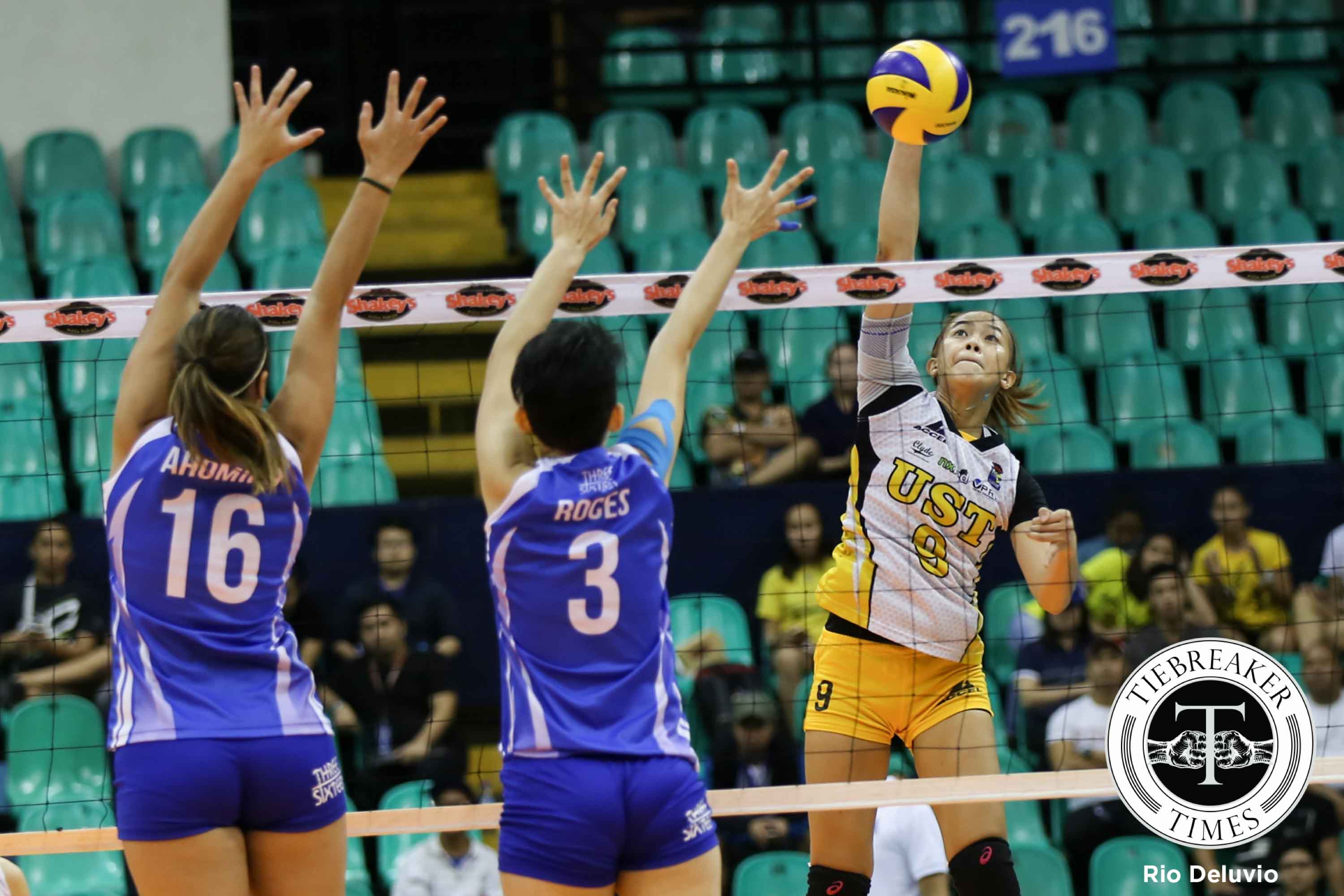 This volleyball off-season has turned the University of Santo Tomas Tigresses into early contenders heading into the UAAP Season.

The UST Tigresses have turned into a team for the future to immediate contenders over the summer, highlighted by impressive outings in the 2016 Shakey’s V-League Reinforced Conference.

However, the Tomasinas took a step back, surrendering a disheartening loss to the Pocari Sweat Lady Warriors last Wednesday.

According to Ej Laure, who still managed to notch 18 points in the defeat, the Tigresses were battling fatigue.

Just last week, UST brought home the 2016 Dumaguete Unigames championship, a title they had not won in three years. The Finals happened last Sunday, right before several members of the team went home for the holiday break.

The Tigresses have been impressive, knocking off import-powered opponents with their All-Filipino talent. Laure has been at the forefront, averaging nearly six points per set in the season.

The former UAAP Juniors MVP admitted to having more confidence now, especially with most of the Tigresses having had several club stints and with a Unigames title under her belt.

For now, the Tigresses have their eyes on the SVL title. They face Pocari Sweat in a best-of-three semifinals which begins on Saturday at the FilOil Flying V Centre.

Growling Tigresses taking it one step at a time, says Anies