Marcio Lassiter was quick to move on from his dismal performance a couple of days ago. He regained his touch in San Miguel’s crucial Game Six meeting with TNT in the 2021 Honda PBA Philippine Cup semifinals, Friday.

The veteran marksman supplied 19 points on five three-pointers, including three in the first quarter alone. And he helped set the tone for the Beermen towards the 103-90 victory that sent the series to an all-important decider.

“When I come into the next game, it’s a brand new ball game,” he said after the win at the DHVSU Gym. “I don’t think about the last game.

“I focus on what I can do better and just being prepared in getting ready to knock down those shots.“

But he actually played over 27 minutes in that blowout. And that’s because head coach Leo Austria knows he can rely on his 11-year veteran not just on offense, but on the other end of the floor as well. 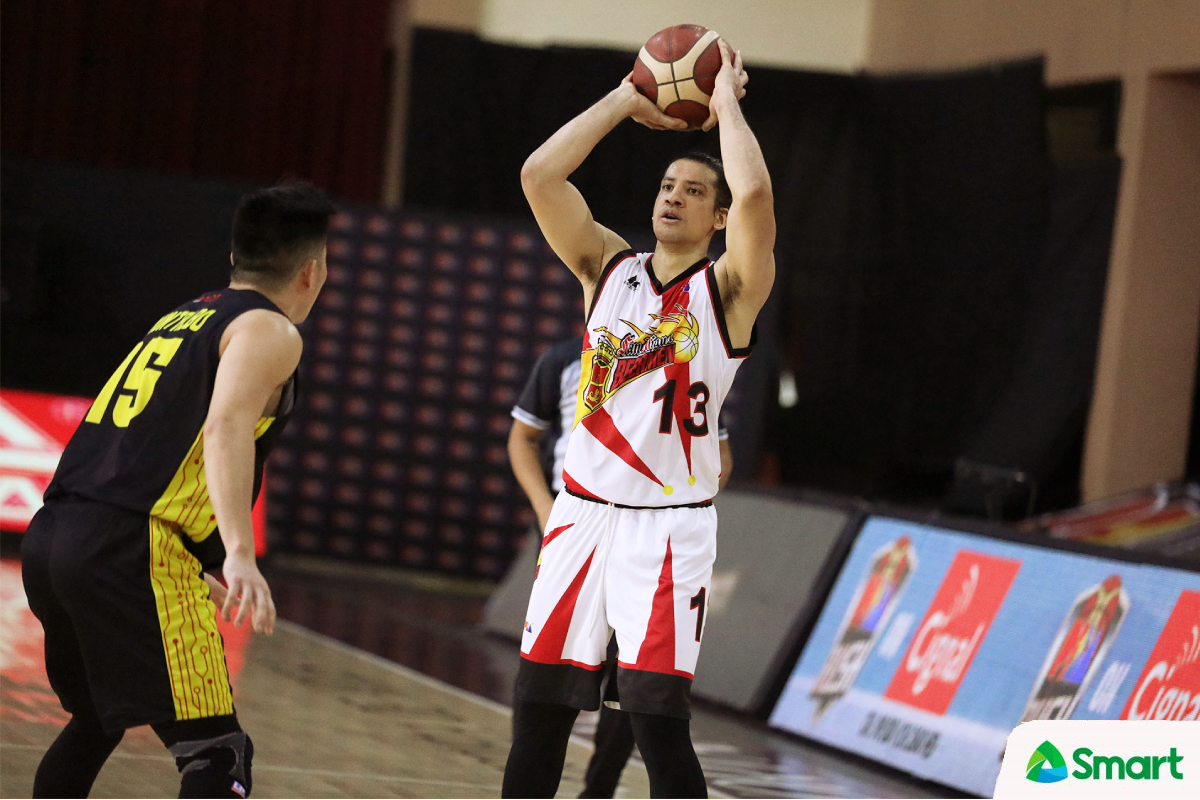 “Even though he’s not taking a lot of shots, he has a big impact on our team. He’s playing a lot of playing time because he’s a two-way player. Once he’s there, so he’s always a threat,” he said of the former All-Defense member.

“And I noticed that he’s always a marked man by our opponent. He seldom catches passes, because that’s one of the game plans of our opponent.”

That was evident in Game Six. Lassiter collected four of SMB’s nine steals. He also had five rebounds and three assists in nearly 36 minutes.

#ReadMore  What is Marc Pingris' legacy?

Still, it’s a sight to behold for his team to see the former Mythical Team member do what he does best. But he didn’t take the credit all to himself.

“Tonight, it was just more of the defense collapsing on our bigs, so I was getting the opportunity to take the shot. I just came in prepared, got some shots up before the game,” said Lassiter.

“Just kept on trusting and believing. My teammates were believing in me and giving me passes and I just rode the hot hand.”

Now, Austria hopes to witness it again in Game Seven on Sunday, where San Miguel hopes to return to the Big Dance.

“I’m expecting the same next game – a difficult one because everything is at stake,” said the four-time Coach of the Year.