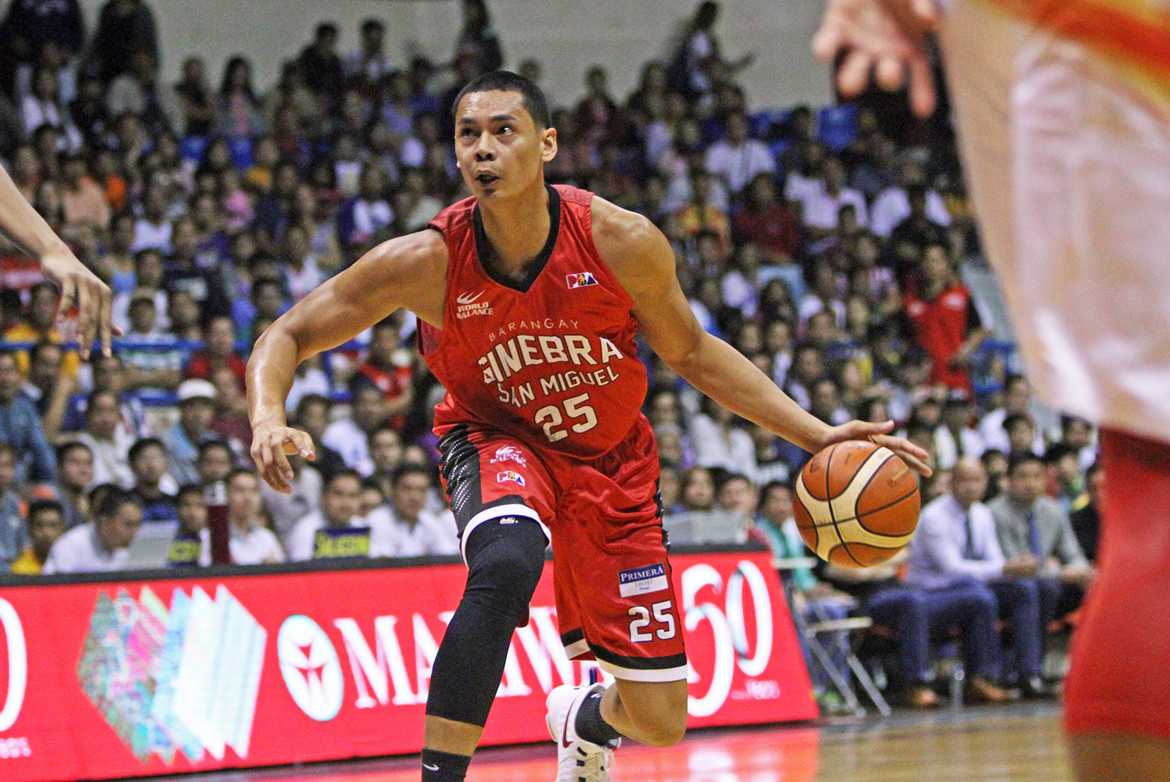 With the first-seed still in sight, the Barangay Ginebra San Miguel pulled off a resounding 96-87 win over the Phoenix Petroleum Fuel Masters at the Ynares Center in Antipolo on Wednesday evening.

The crowd-favorites notched their fourth straight win, and more importantly, solidified their top two spot in the standings. Moreover, their current 8-2 record can still improve on Sunday if they win against the TNT KaTropa on a virtual playoff for the top seed.

Japeth Aguilar played well on both sides of the floor, finishing with 12 points, five boards, and four shot blocks. After the match, he stressed that the job is far from over and they have to continue this hot streak as a unit.

“We just need to keep the momentum going and Coach Tim can’t stress that enough. He always said that we had to play on the same level,” said the towering 6’9” forward.

Through the trio of Justin Brownlee, LA Tenorio, and Joe Devance (who combined for 35 of the team’s 59 first half points), Ginebra stormed to a quick lead to leave the Fuel Masters behind. Dazzled by their counterparts’ passing and rebounding performance, Phoenix got off to a slow start and saw the lead widen via Ginebra’s interior game.

However, a quick-to-adjust Phoenix team showed up in the second half and opened the third quarter on a 10-2 blitz. From that point, the team slowly clawed their way back, led by the efforts of import Eugene Phelps.

Although still trailing by double-digits, Simon Enciso and Josh Urbiztondo each drained a triple that further ignited Phoenix’s run. The lead got to as low as five at 92-87 with less than two minutes left.

However, their efforts would come up short, as Aguilar’s defensive plays down the stretch, in addition to a big slam in the dying moments, sealed the deal for Ginebra.

“I wanna give credit to Brownlee kasi siya talaga nagdadala samin and it’s up to us kung paano magco-contribute. We’re beginning to buy into what Coach Tim is saying,” Aguilar added.

Brownlee led all scorers with 28 markers, nine rebounds, on 12/18 shooting.

Ginebra produced 39 field goals from 23 assists, compared to only 15 dimes by Phoenix. Moreover, Ginebra’s 40 points in the paint were higher compared to the Fuel Masters’ 24.

Ginebra played without Greg Slaughter, who is feared to miss the upcoming months due to a recurring knee injury.

Phelps had 24 points for Phoenix, but shot a dismal 8/25 from the floor. Enciso gathered 15 points, all coming from three-point territory, while Urbiztondo added 11 in the loss.

Phoenix slide to a 5-6 record to end their elimination round stint and secure a playoff game for the eighth spot, but could still see their quarters hopes vanish depending on the upcoming games of Alaska and NLEX (both 5-5) and Rain or Shine (4-6).