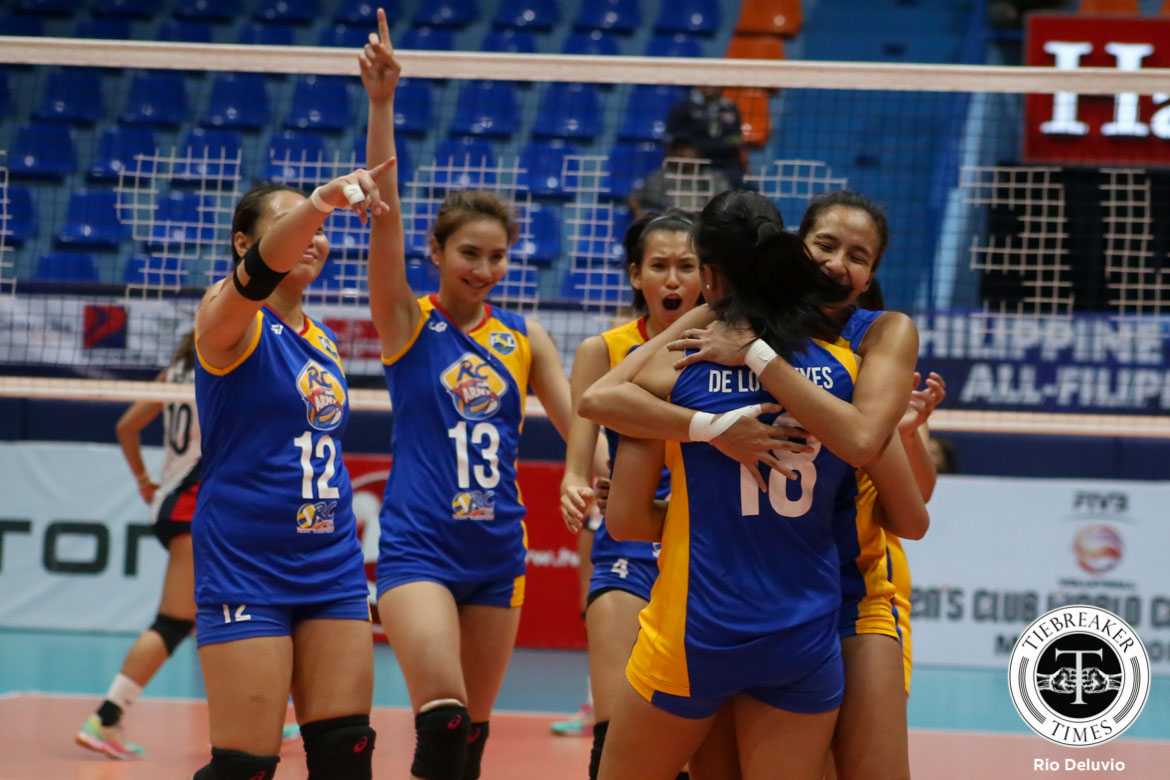 Behind the troika of Jovelyn Gonzaga, Royse Tubino, and Rachel Daquis, the RC Cola-Army Lady Troopers displayed resiliency before wiping out the Petron Tri-Activ Spikers in three sets, 25-22, 25-23, 25-11, to stay undefeated in the 2016 PSL All-Filipino Conference, Wednesday afternoon at the Filoil Flying V Centre in San Juan City.

Gonzaga anchored the Lady Troopers with 15 markers, 13 coming from attacks and two from the block. Daquis and Tubino complemented their captain with 10 and nine markers each.

The Lady Troopers and the Tri-activ Spikers figured in a close opening set, as both teams were knotted at 21-all. A block by Michelle Carolino followed by a kill from Tubino gave RC Cola a two-point cushion. After Bernadeth Pons scored off a combination play, Tubino was able to connect on a spike followed by a running attack by Gonzaga to close out the first set.

Just like in the first set, the two powerhouse squads went toe-to-toe in the opening moments of the second frame. With the game tied at 18-all, the resilient Lady Troopers were able to gain a three point cushion capped by a block by Daquis. Back-to-back off-speed attacks by Ces Molina cut the Army lead to just a solitary point, 21-22, but a net violation by Petron and a drop by Genie Sabas, her only point of the game, gave Army the second set.

After two heartbreaking sets, Petron’s morale went downhill in the third. Moreover, the blocking of Army became the main difference, as the Lady Troopers took an 11-3 lead and never looked back. A Tubino conversion, followed a Jeannie De Los Reyes ace, gave Army their fourth win in as many games.