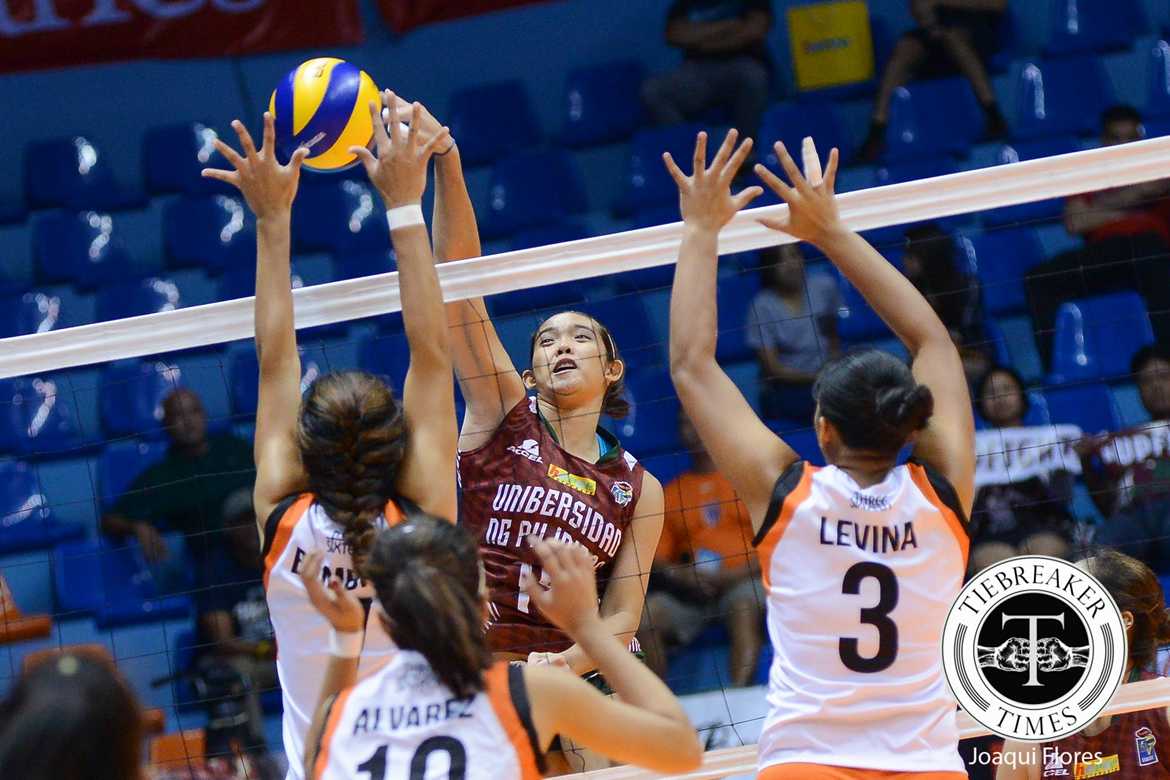 The University of the Philippines Lady Maroons earned a much-needed victory over the Iriga Lady Oragons, 25-17, 25-17, 25-19, to keep their names in the playoff picture in the Shakey’s V-League Open Conference at the FilOil Flying V Centre.

UP controlled the opening set right from the first point, taking an 8-3 lead and never looking back. The UAAP Final Four contenders then broke away from an 8-11 deficit, blasting the Lady Oragons with a 14-0 run to seal the frame.

The third set came down to another critical stretch. Iriga battled their way to a 14-all tie, but their lack of offensive options showed. UP, with the help of Iriga’s errors, took an insurmountable 22-14 lead, booking their much-needed win.

Sophomore wunderkind Diana Carlos tallied a game-high 13 points off 10 attacks, two blocks, and an ace. UP head coach Jerry Yee tried Carlos at different positions in the match, ending up at middle hitter in the third set.

At 2-3, UP need to win their last two outings — against the National University (2-3) on Saturday at the PhilSports Arena, and against the Laoag Power Smashers (3-3) next Monday — to assure themselves of a semifinals spot.

“NU and Laoag, parehong lumalaban yun. In our minds, it’s like facing NU and Adamson. It’s going to be a good measure of where the program is,” Yee insisted.

The eliminated Iriga (1-5) conclude their season against the Air Force Jet Spikers (4-1) on Wednesday at the FilOil Flying V Centre.

Café France looks to bounce back from first loss