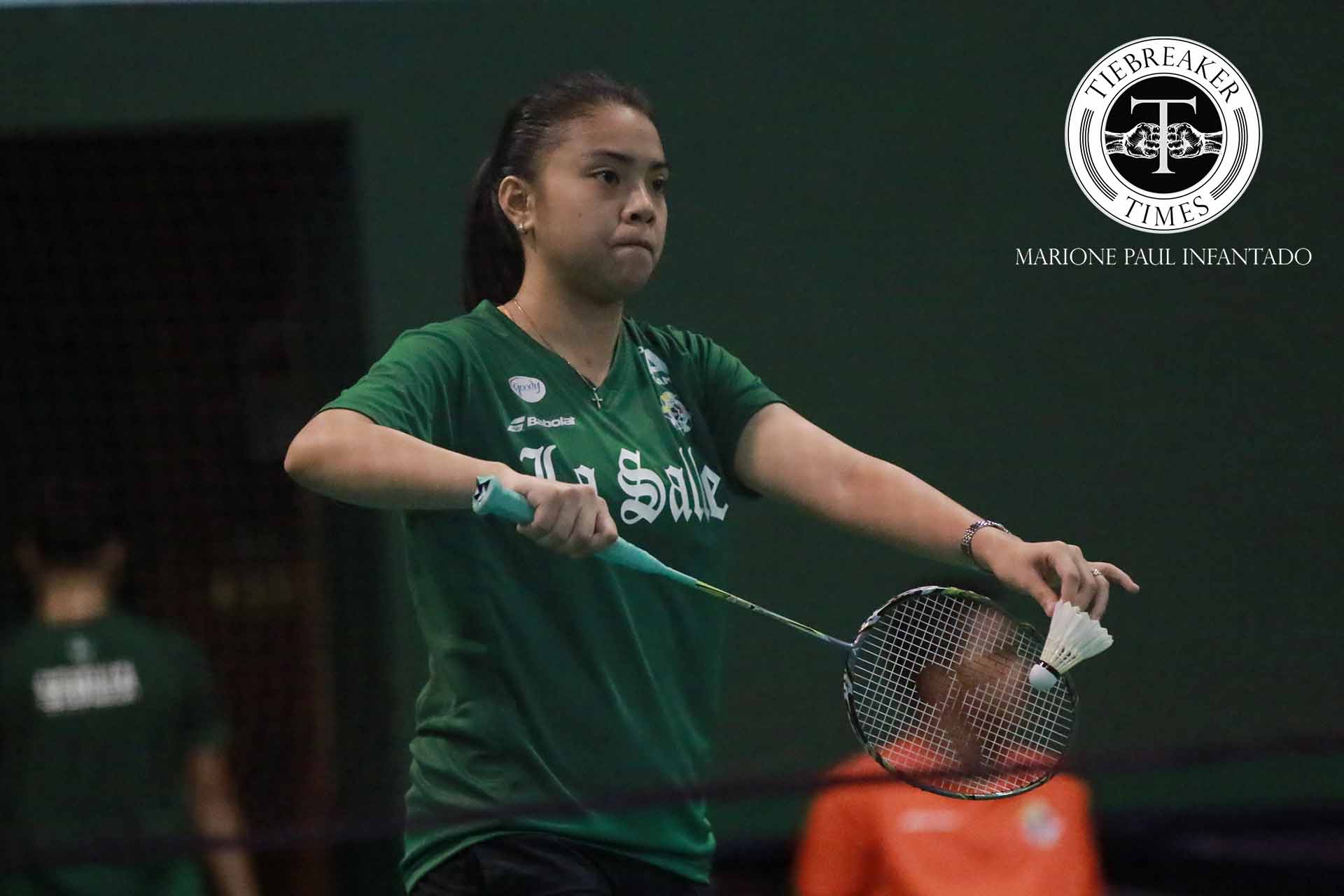 Iya Sevilla wasted no time and clinched DLSU’s first win of the day in the opening singles match. The national team member was no match for Angelie Panotes who scoured for points throughout the match. The La Salle sophomore took the match at 21-4, 21-11.

Airish Macalino then leveled the tie for the season hosts. Arianne Rivera dominated the first game with successive kills that left the Tomasina scuffling, 21-12. Nevertheless, the fourth-year Tigress got her bearings in the second to force the decider game. Errors from DLSU in the final two frames was too much as UST took the match with 22-20 and 21-16 score lines in the last two chapters.

Sevilla and Alyssa Leonardo restored the Lady Green Shuttlers’ lead with a 21-16, 22-24, 22-12 decision over Macalino and Steffi Aquino. It was a battle of will, particularly, in the second frame. Nonetheless, La Salle took the third game convincingly as Macalino showed some signs of fatigue in playing two straight matches.

The veteran tandem of Kristelle Salatan and Aires Montilla then finished off the tie to the Green and White’s favor with a 21-16, 21-12 win over Kristine Gaspar and Elizabeth Pimentel. DLSU showed its experience and costly mistakes from UST made it difficult for the latter to get themselves in the match.