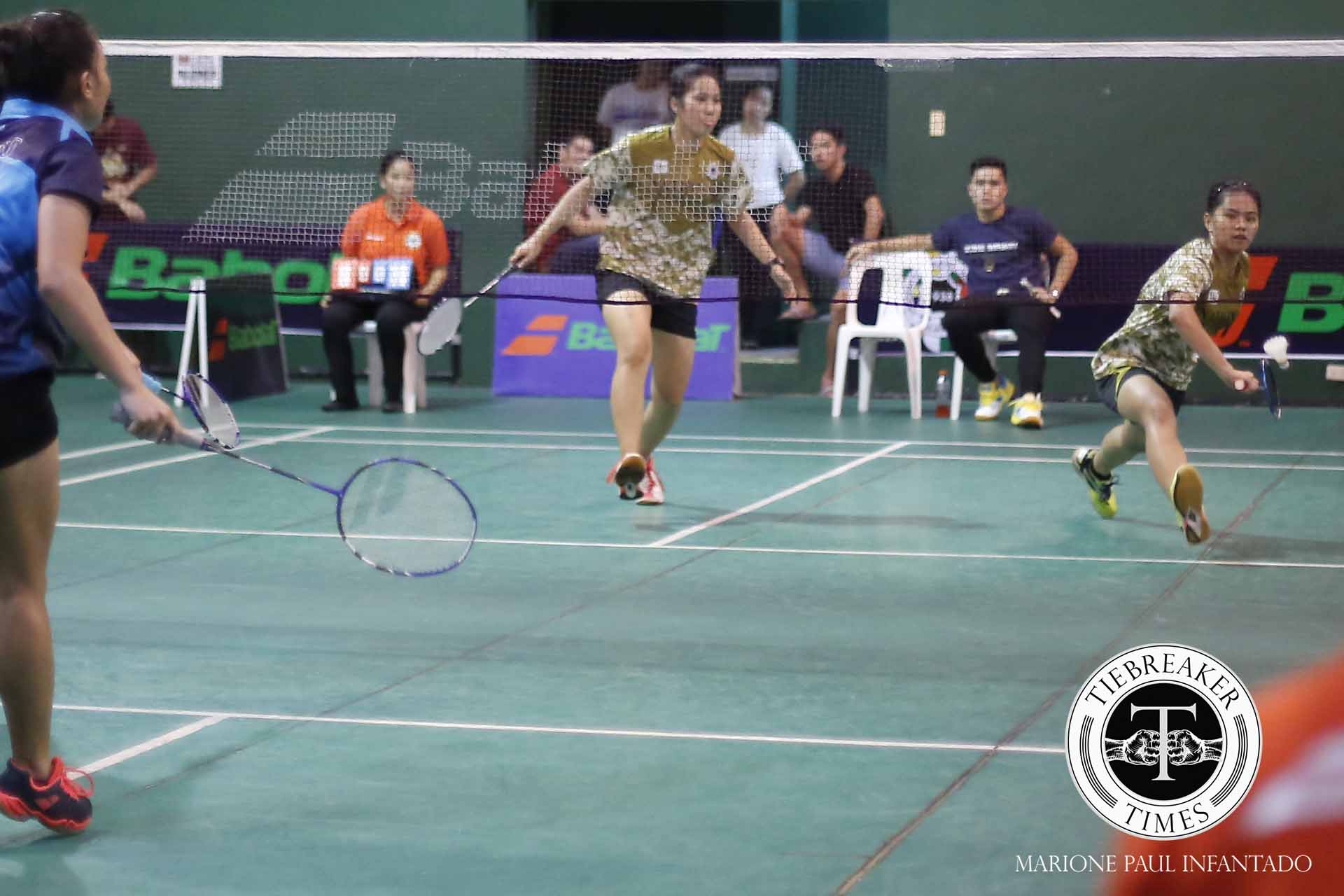 For the first time since participating in UAAP women’s badminton, the National University Lady Bulldogs notched back-to-back wins after nosing out the undermanned University of Santo Tomas Tigresses, 3-2, to share early leadership in the young season, Sunday afternoon at the Rizal Memorial Badminton Hall.

The Lady Bulldogs started on the right track as Jiselle Capillo dominated Kristine Gaspar in two games, 21-12, 21-16, in the first singles match. Capillo used her length to cover the court well and to answer every attempt from the UST. Errors from Gaspar made it more comfortable for the Nationalian to win the match.

The España-based shuttlers then threatened to take the win with skipper Steffi Aquino at the helm.

In the second match, the UST captain started well in the opening game before Pantoja seized the lead well after the break. Aquino then used her veteran smarts and translated it to well-placed drop shots to eventually take the game.

The lanky Tomasina took the second game and the match in no time as denied Pantoja any chance for a comeback.

The veteran pair of Macalino and Aquino pushed the right buttons in the opening frame of the first doubles match to win it in dominant fashion. UST used a variety of offensive attacks to which NU failed to counter.

NU was able to get its composure in the second game as Capillo and Diansay got to move better on the court to execute their plays. Nonetheless, experience prevailed as UST took the match and the 2-1 lead in the tie.

The Lady Bulldogs, however, had other plans that afternoon.

It was the turn of Jhayvin Dizon and Kezziah Culiao to use their experience to level the match for the Bustillos-based ladies in the second doubles match. The Lady Bulldogs took the match over the tandem of Gaspar and Elizabeth Pimentel, 21-15, 21-12.

Both games started with a tussle between the two duos before Dizon and Culiao took the initiative in the middle portions of each frame. The Lady Bulldogs managed to translate their team work into offensive plays which left UST guessing.

Macalino and Diansay then went to a deciding third singles.

In the first game, Diansay slowly built her momentum after the interval. Macalino tried to inch closer, but her errors doomed her to a loss in the frame. NU took the opening frame at 21-17.

Macalino made amends in the second game with better control of the rallies and change in shot variation. The second-year opponent mounted a late comeback but the UST senior closed out the game this time at 21-14.

The deciding game was a see-saw battle as both players exchange shots and errors. Diansay took the match point first at 20-16 but errors piled up for UST. Macalino slowly climbed into the deficit and forced a deuce at 20.

Nonetheless, a well-placed drop shot from Diansay and another forced error on UST sent the Lady Bulldogs to the top of the standings at 2-0.