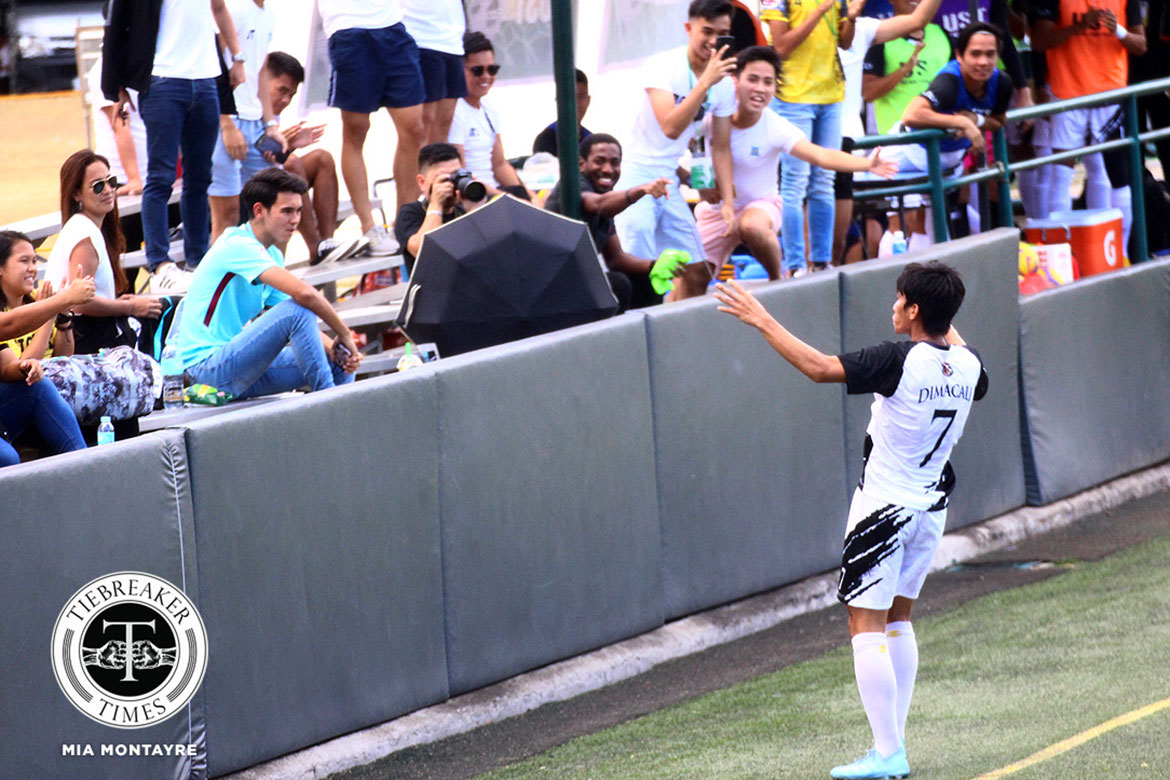 The University of Santo Tomas Golden Booters’ quest for redemption started with a subpar performance, but ended on a high note nonetheless.

Up against a young De La Salle University Green Archers squad, the Thomasians secured a 3-1 win, Sunday afternoon at the Far Eastern University-Diliman field, to kickstart their UAAP Season 81 Men’s Football Tournament campaign with a victory.

Last year’s finalists bucked a slow start to the contest to earn themselves a winning start to the season. Rookie forward John Rhey Lagura drew first blood for La Salle when he struck from close range in the 13th minute.

Lagura’s goal was only a fleeting moment of joy for La Salle, however. UST quickly capitalized on their defensive miscues to turn the game upside down. The Green Archers failed to deal with Conrado Dimacali’s header off a set-piece and JR Villanueva’s freekick in the 17th and 36th minutes respectively, and they paid a steep price for those errors.

Come the second half, Allado’s squad clinched the third goal they needed to ward off the Green Archers. Glenn Ramos unleashed a speculative effort which crept past Gab Villacin’s goal in the 68th minute.

UST next face the Adamson University on February 21, 2019, 9:00 AM at the Moro Lorenzo Field in Ateneo de Manila University in Quezon City. On the other hand, La Salle also go up against Adamson but on February 24, 2019, 1:00 PM in FEU-Diliman.

Iggy Escano, La Salle do not let up, make quick work of UP