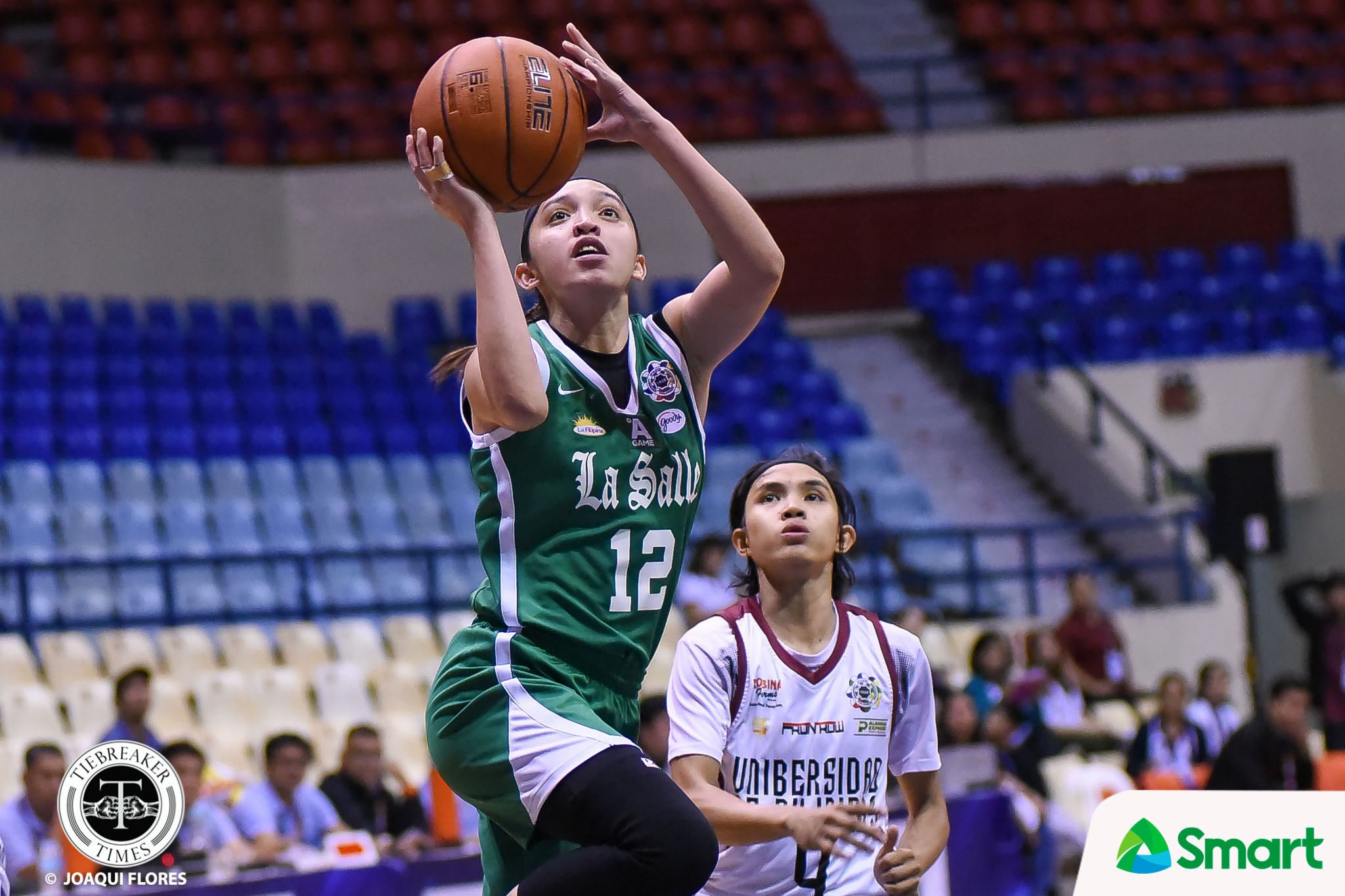 ANTIPOLO — La Salle is still alive and kicking in the UAAP Season 82 Women’s Basketball Tournament, stomping on University of the Philippines, 73-49, Sunday at the Ynares Center.

With the win, La Salle improves its standing to 7-6.

Still, the win didn’t come easy, as La Salle found itself playing catch-up early on after UP took an 11-2 opener.

“It’s our own demons,” noted coach Cholo Villanueva. “If we don’t do the right habits and not have the right mindset, disastrous things can happen. Good thing is that they turned things around.”

The Lady Archers did respond with a 13-0 blast to grab a 15-11 lead. They then slowly broke away from the Lady Maroons.

La Salle eventually smashed the floodgates with a 28-9 third quarter assault, where it tasted a 30-point lead, 62-32, late in the canto.

The win sets La Salle up with a crucial win-or-go home duel against Adamson on Wednesday, in a last-ditch effort to make the Final Four.

“We worked so hard to get this opportunity, that we are one win away from one of our goals,” said Villanueva. “It will boil down to this one game. We need to give all that we got for this game.”