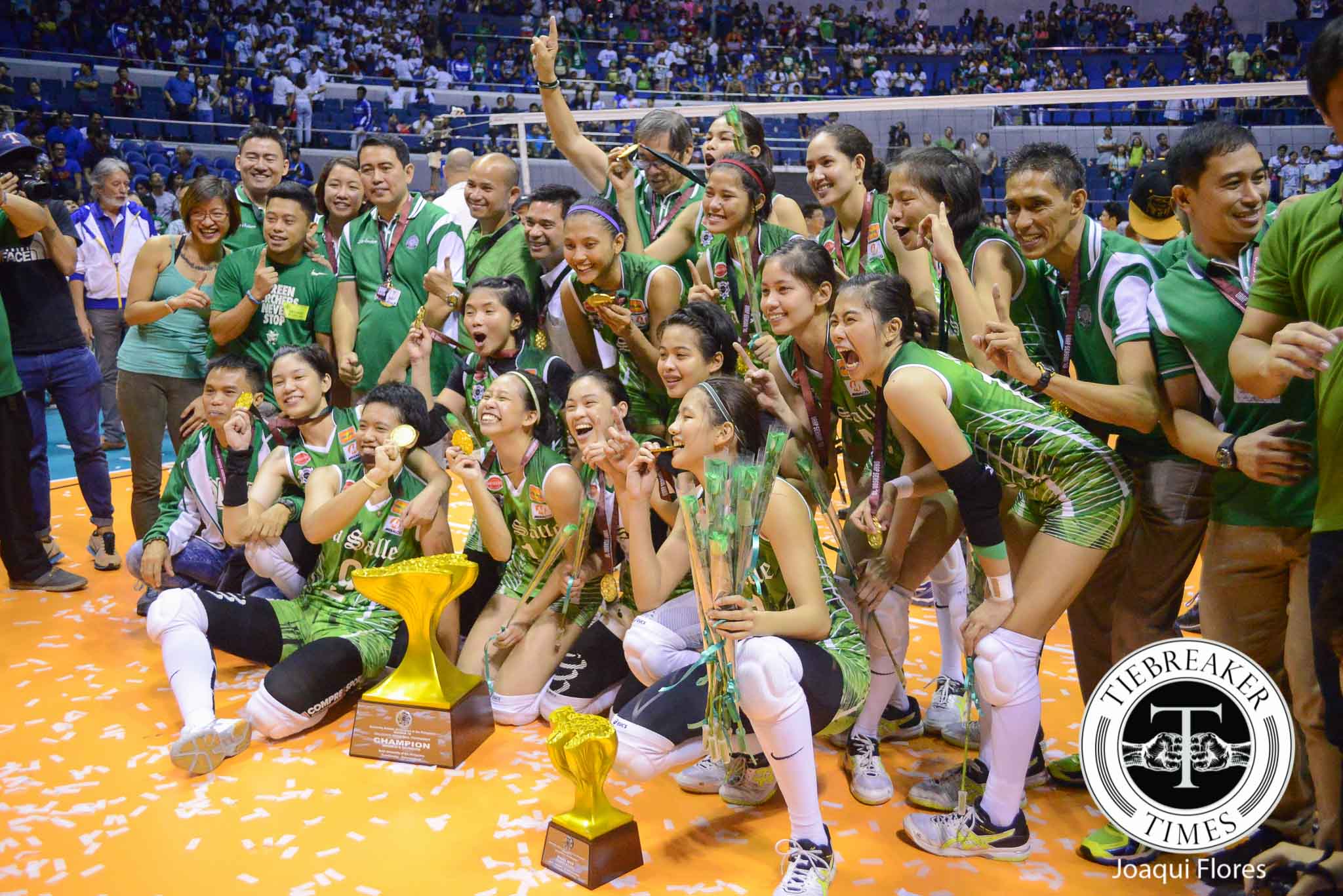 The De La Salle University Lady Spikers seemingly faced every obstacle they could not endure the past two seasons in one game. The Ateneo Lady Eagles threw everything they had – steady defense, powerful attacking, and Alyssa Valdez – but La Salle persisted.

As expected, three-time MVP Alyssa Valdez unleashed her entire arsenal on the Lady Spikers, leading Ateneo’s opening rally. Powering home five hits, Valdez led the Lady Eagles to a 7-0 lead in the first set. The lead quickly ballooned to 10-1, growing too large for the Lady Spikers to overcome.

But La Salle worked through their problems in the second set. Every time they defended a Valdez attack, La Salle built confidence. Their hard work on defense also did well to wear down Valdez, forcing Ateneo to rethink their options. Trailing 10-16, the Lady Eagles went to Bea De Leon quicks and received aces from Jia Morado to force a 17-all tie. That turned out to be Ateneo’s last stand as La Salle stood strong on defense, forcing Ateneo into errors. Kim Dy ticked off three attacks to push La Salle ahead, 22-19, protecting their lead to tie the match.

Valdez continued to wear down in the third set, losing height in her leaps and giving away attack errors. The Lady Eagles caught Valdez’s error bug, allowing La Salle to gain momentum. The Lady Spikers took an early five-point lead 10-5, later on stomping the Lady Eagles with a 4-0 run to put the set out of reach, 23-13.