Even in a no bearing game for them, the De La Salle Green Batters still dug deep, storming back from an 11-run deficit to leave the Ateneo Blue Eagles in the dust, 15-12, Saturday afternoon at the historic Rizal Memorial Baseball Stadium.

With the win, La Salle swept the elimination round of the Philippine Baseball League’s first conference, going 6-0 entering the win-or-go-home semis.

Entering the bottom end of the third inning, the Blue Eagles torched La Salle’s rookie pitchers Marthy Rañada and Joshua Pineda to the tune of 12 runs on 10 hits. Ateneo’s rally was highlighted by a three-run home run courtesy of Paulo Macasaet.

But when La Salle heated up, there was no stopping them.

After slicing the deficit to just five runs entering the seventh inning, the Green Batters went on a 6-run tear. A three-run double courtesy of UAAP Season 78 Finals MVP Boo Barandiaran tied the game at 12-all. A grounder by Paolo Casas brought home Barandiaran to give La Salle the lead for good afterwards.

It did not stop there as Diego Lozano knocked off a two-run homer to right field in the eighth inning to give La Salle the insurance runs needed to buck the Blue Eagles.

Luis Miñana took charge on the mound in the last five innings of the game, only allowing two hits after his staff allowed 12 prior to the fifth inning while fanning six batters.

Still, Ateneo was able to make the semifinals after the UST Golden Sox completed a 9th inning comeback against the NU Bulldogs later in the day, taking a 5-4 victory.

La Salle will again face Ateneo in the semifinal on Saturday, February 2 at 8:00am.

UST’s win also handed the idle Adamson Soaring Falcons the third seed in the semis. Adamson faces the Itakura Parts Philippines Corporation Nationals on Saturday as well at 11:00am.

To start the triple header, IPPC whitewashed the also-ran UP Fighting Maroons in just seven innings, 24-0.

Former NU Bulldog Junmar Diarao also connected on a three-run HR in the first inning to set the tone for IPPC’s 11-run start. 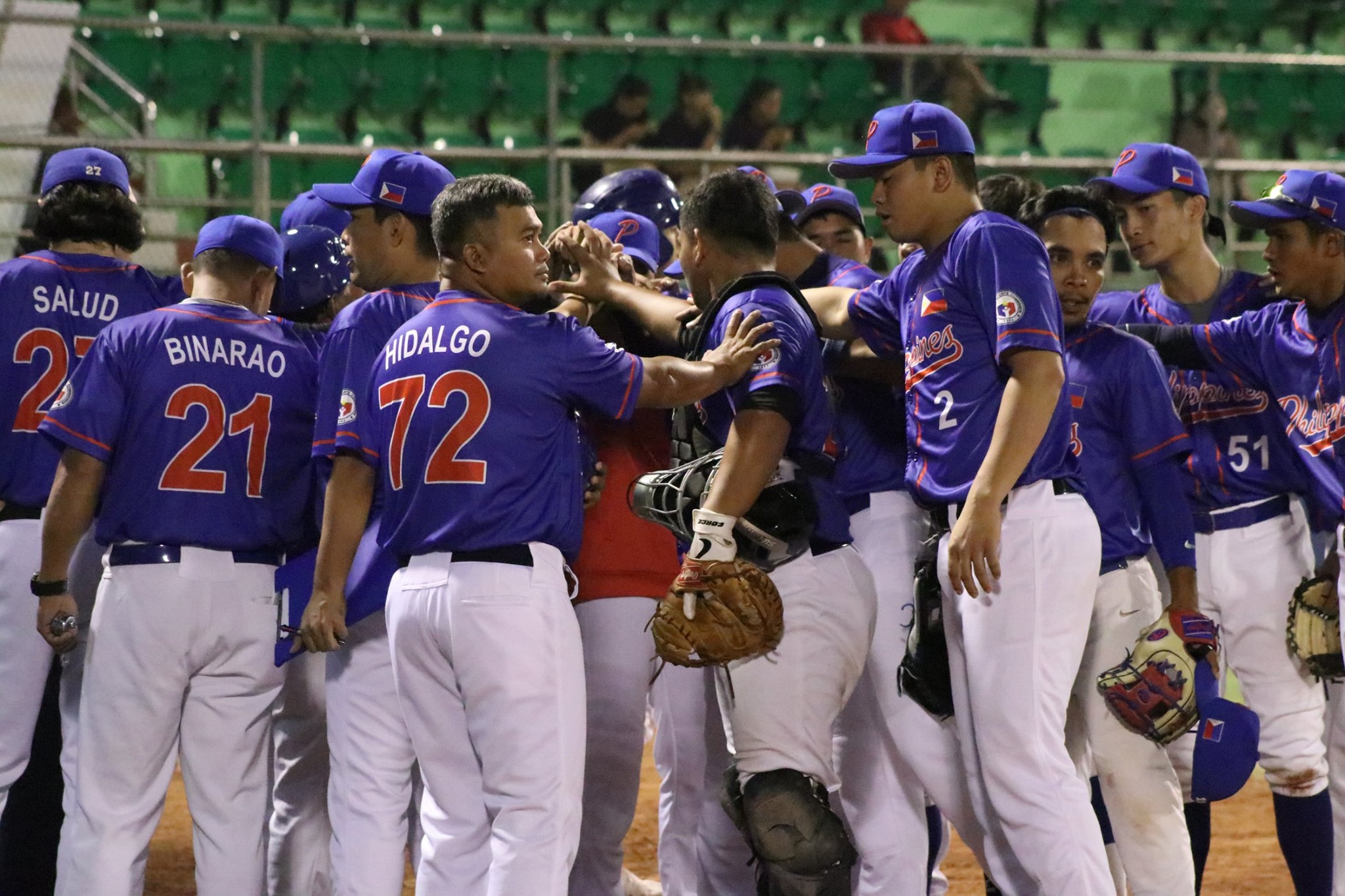