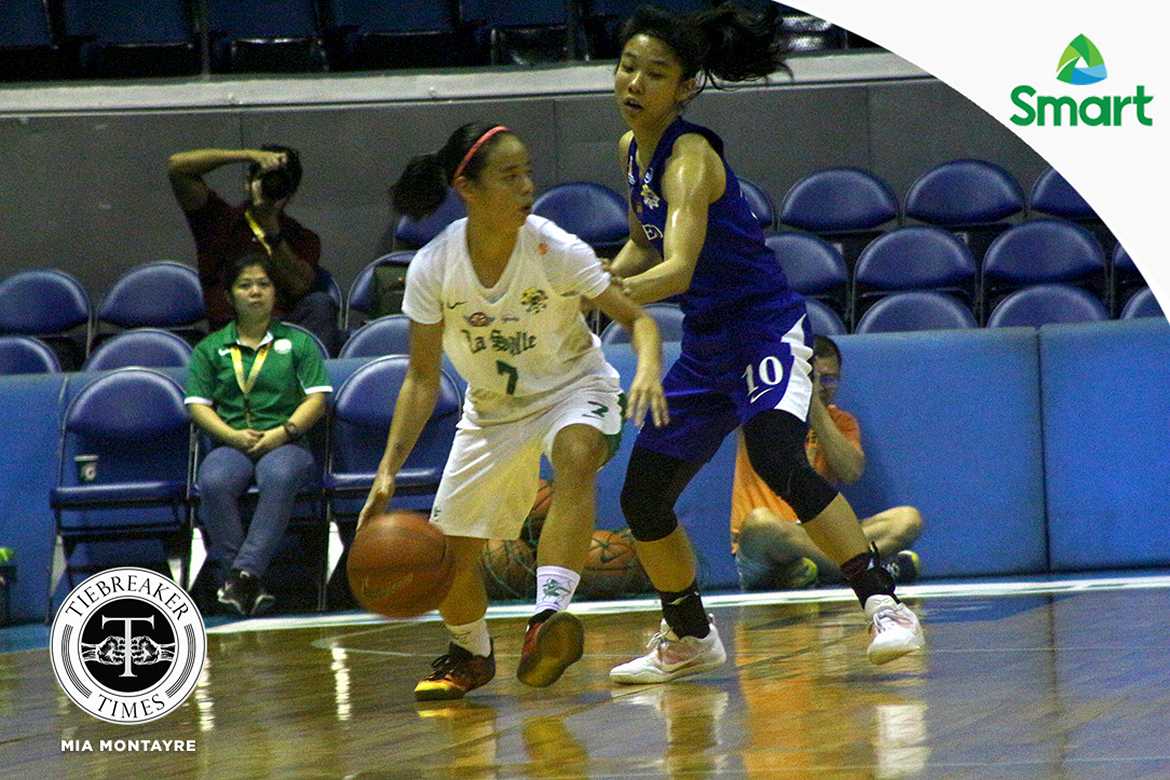 The second seed, and the twice-to-beat advantage that comes with it, in the UAAP Season 79 Women’s Basketball Tournament is officially the property of De La Salle University Lady Archers.

“Of course it’s another goal that we wanted to achieve this season. Maintain from what we had last season, but what’s more important is us beating our rivals because of the school tradition. It’s a great win for us,” commented La Salle coach Cholo Villanueva.

Khate Castillo waxed hot once again, with five out of 11 shooting from beyond the arc, to lead La Salle with 22 points. Snow Penaranda had a double-double with 17 points and 16 rebounds, while Camille Claro contributed 13 points.

La Salle enjoyed a good start as they led 38-31 away from Ateneo at the break. The Lady Archers’ cushion ballooned in the third quarter as Joahanna Arciga scored at the 5:42 mark to make it 51-39.

Just before the fourth quarter, Castillo sunk one of her treys to give La Salle a 59-45 edge versus Ateneo going into the final period. The Lady Archers were in full control, and a Chay Vergara basket at the 5:10 mark game them their biggest lead at 69-52.

After forty minutes of play, La Salle prevailed 71-60 over archrivals Ateneo, today at the Smart Araneta Coliseum in Quezon City.

“It was a bit of redemption for us and also we want to have a winning note at the end of the elimination round, but again it doesn’t matter if we lost last year or if we lost this year. It’s all about winning against Ateneo,” surmised Villanueva.

Defense won the game for La Salle. The Taft school forced Ateneo into making 37 turnovers, from which they made 33 points. The Lady Archers also made 44 inside points compared to the Lady Eagles’ 34.

Hazelle Yam and Katrina Guytingco paced Ateneo with 13 and 10 points respectively, while Melissa Newsome had six points and 15 rebounds.

There is still no word as to who La Salle’s opponent is and when the match-ups will be. On the other hand, this was Ateneo’s (4-10) final game of the season.

“We’re still a long, long way to go. We still need to polish our mistakes. When we enter enter the Final Four we should be on point on every play and possession,” Villanueva declared.