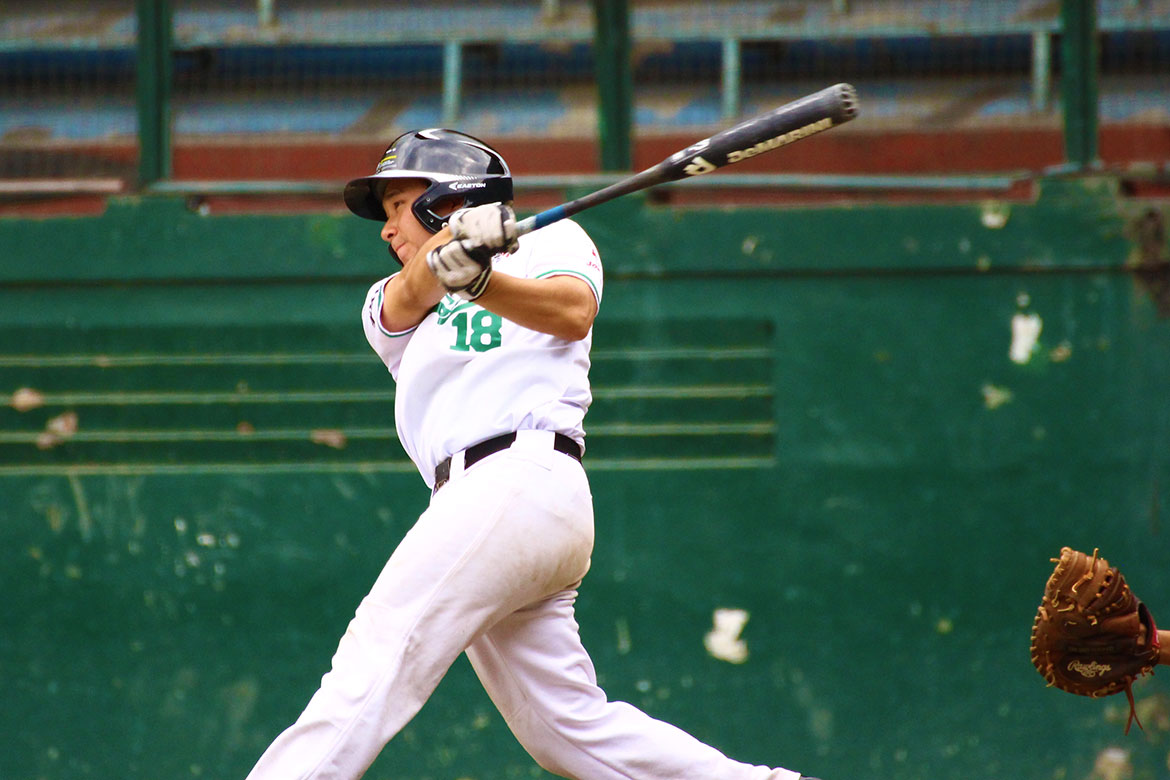 Coming off an 11-8 win over IPPC a day ago, the De La Salle University Green Batters heated up at the right time before romping the University of the Philippines Fighting Maroons in just seven innings, 18-8, Sunday afternoon at the Rizal Memorial Baseball Stadium.

With the victory, the Green Batters are just one win away from an elimination round sweep in the Philippine Baseball League. In addition, La Salle clinched the top seed in the semifinals.

But for long-time La Salle head coach Joseph Orillana, he was just glad that Green Batters stepped up after reigning UAAP Athlete of the Year Kiko Gesmundo suffered a shoulder injury.

The Fighting Maroons – who are coming off their first win of the season last Saturday – were able to keep pace with the league-leaders, even picking up a 5-4 lead in the fifth inning.

But errors plagued UP at the bottom end of the inning, while a 2-RBI single by left baseman Paolo Casas served as the go-ahead run.

It did not stop there, as the Green Batters – who were already up 11-8 entering the seventh inning – punched in seven more runs. They capped their streak with Mark Tuballas’ errant pitch that hit Diego Lozano with the bases loaded, which resulted in the walk-off stoppage.

Tuwi Park was once again spectacular for La Salle, going 3-of-4 at-bat with five RBIs. Anton Acuna and Casas had three and two RBIs, respectively.

Gino Tantuico connected on the first home run of the tournament during the first inning.

In the last game of the triple-header, the Adamson University Soaring Falcons kept their semis hopes alive after blasting the National University Bulldogs in seven innings, 19-3.

Adamson will have to await the result of the NU-UST game on Saturday, January 26 to find out whether it makes the Final Four or not.

Frankie Lim has big plans for Perps in prep for NCAA