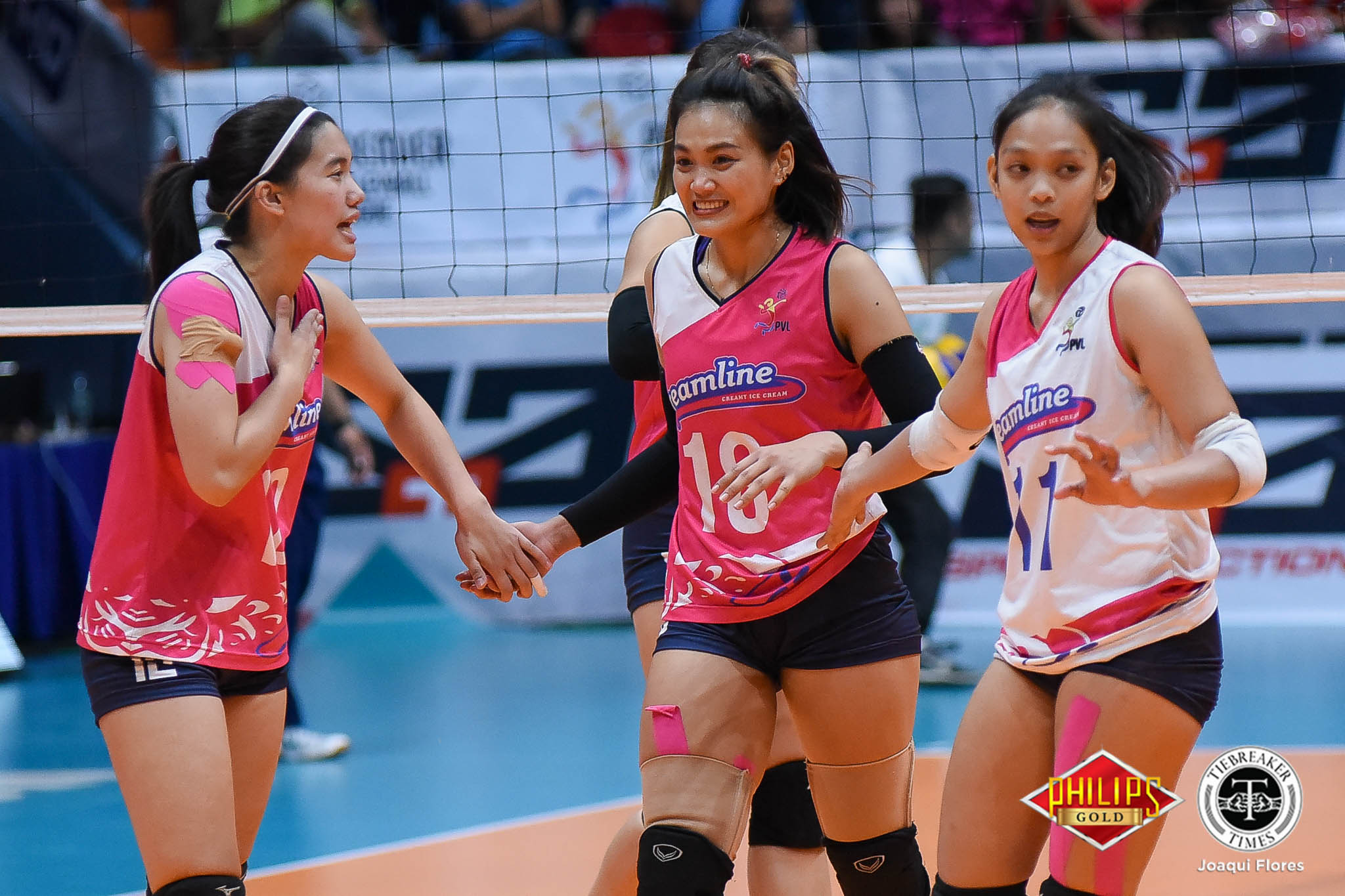 Thai import Kuttika Kaewpin finished with 27 points built on 18 attacks and nine aces for the Cool Smashers, who are now 2-1 in a two-way knot with PacificTown–Army in second place in the standings.

Creamline struggled out of the gates after dropping the opening stanza. It was a different story in the ensuing set, however, as Kaewpin towed the Cool Smashers back into the game with her soft touch from the service area.

With the offense starting to click for Creamline, their advantage ballooned in causation, granting the Cool Smashers a two-sets-to-none cushion.

After two lopsided frames, however, BanKo Perlas threatened to stage a comeback after grinding it out with Creamline in the fourth frame.

Tied 22-all in the decisive fourth set, the Cool Smashers exploited a slew of reception errors from the Perlas Spikers. They took a 24-23 cushion, before Aleoscar Blanco then hammered the finishing kill.

Kia Bright poured in 19 points in a losing cause. Nicole Tiamzon and Dzi Gervacio chipped 12 and 11 markers, respectively, for BanKo, who now sport a 1-2 slate.

Both Banko’s and Creamline’s next assignment are the win-hungry Motolite, on Wednesday, June 5, and Saturday, June 8, respectively, at the same venue.