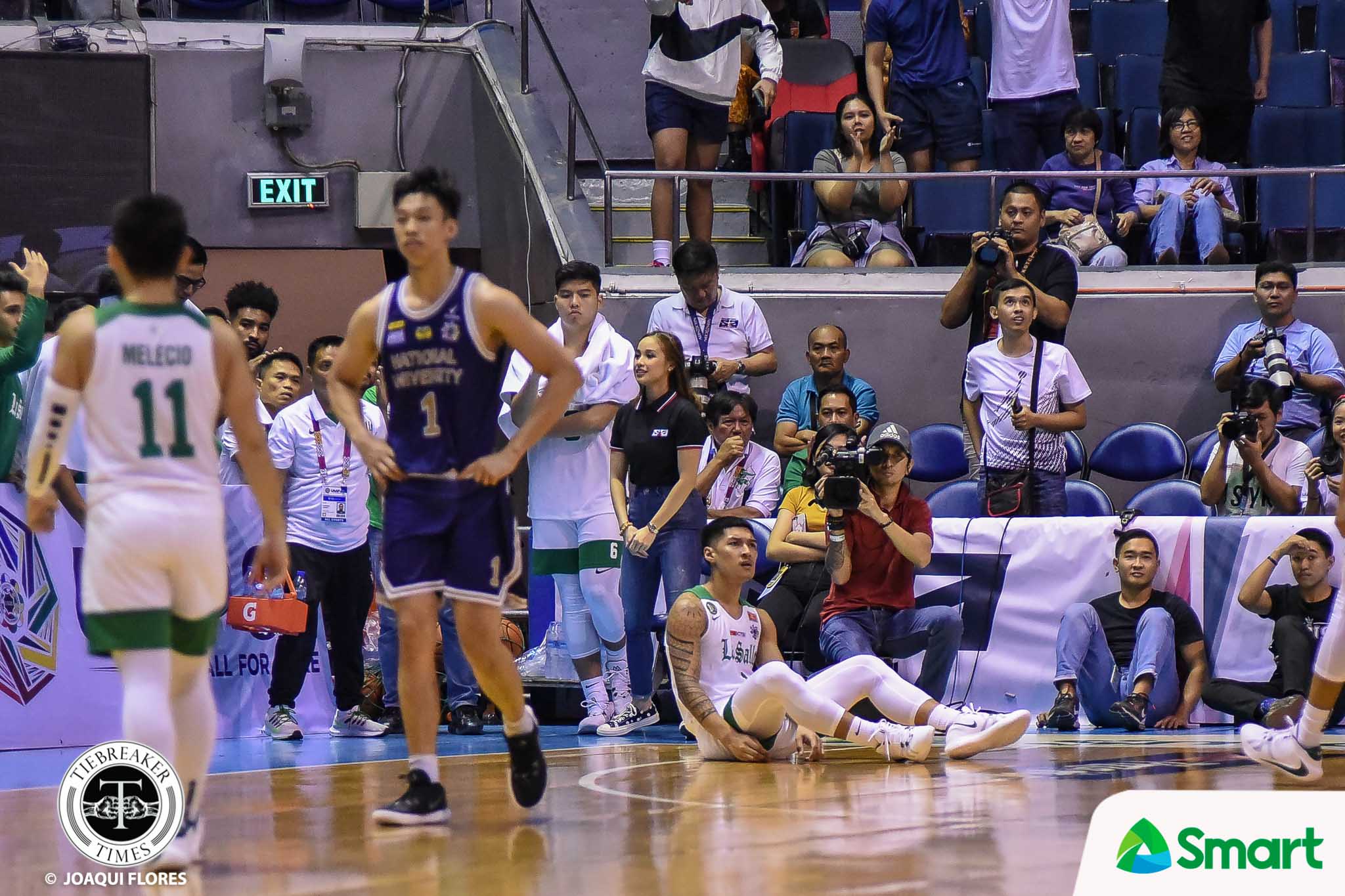 Kurt Lojera was the unlikely hero for the De La Salle University when the Green Archers escaped with an 83-82 squeaker over the National University Bulldogs to pull off their first win in the UAAP Season 82 Men’s Basketball Tournament, Wednesday at Smart Araneta Coliseum.

The transferee from Adamson buried the go-ahead baseline jumper with 14.9 seconds remaining off of a dish from Aljun Melecio to give his side the one-point lead.

The Bulldogs still had a chance to win the game, though. Unfortunately, Shaun Ildefonso could not finish off the rally for his side as the final buzzer sounded.

“It showed in the last quarter that we were rattled,” admitted coach Gian Nazario. “Good thing we were able to push through, good thing Kurt had that jumper from the corner. And it was a good learning experience for us.”

Lojera finished with six points for La Salle, who rose to a 1-1 record in the standings. They also saved Justine Baltazar’s magnificent line of 23 points, 10 rebounds, two assists, and two blocks from going down the drain.

Meanwhile, the Bulldogs suffered their second straight loss to stay at the bottom of the standings at 0-2.

La Salle look to forge a streak when they take on the University of the East Red Warriors on Saturday, 14 September, at 2:00pm. Meanwhile, NU will try to upset the fiery University of Santo Tomas Growling Tigers the next day, also at 2:00pm. Both games are at the MOA Arena.