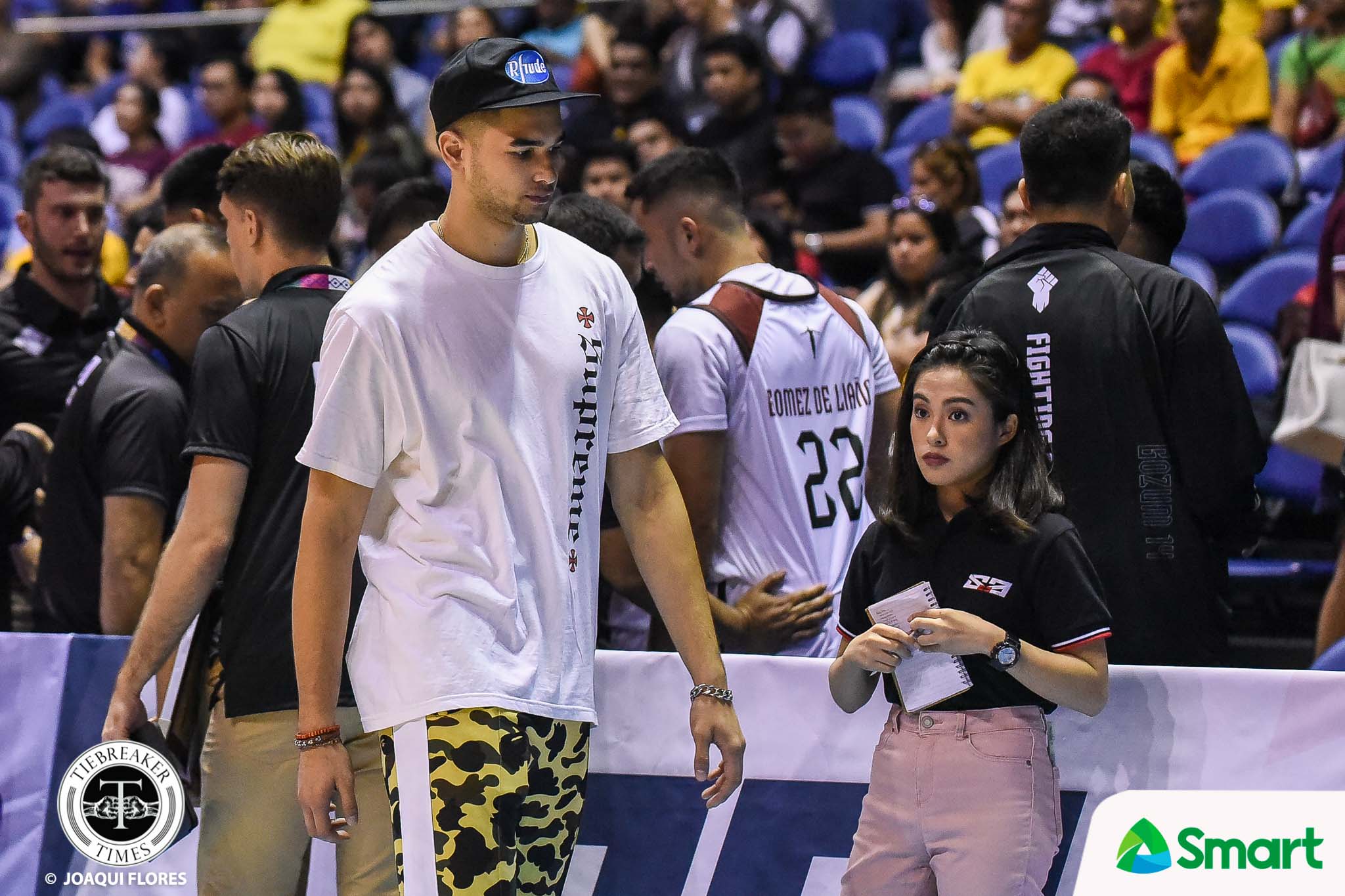 After a long absence from the collegiate game, Kobe Paras was ready to make his debut on Wednesday.

The 6-foot-6 forward was forced to miss their game against the FEU Tamaraws.

UP head coach Bo Perasol disclosed that the injury was just a minor ankle sprain. Still, they don’t want to play the second-generation Isko until he is at his optimum.

“I’m hoping. Regardless if he’s 100 percent but he really needs to feel the game already, even in limited minutes. It was just a minor sprain, but I don’t want to risk it also,” said Perasol after UP’s 61-55 win over FEU.

Moreover, Perasol added that Paras might also miss their game against the UST Growling Tigers on Saturday.

“Right now he needs to feel the game. I think we have a week of rest after that. He has to be ready for the games to come.”