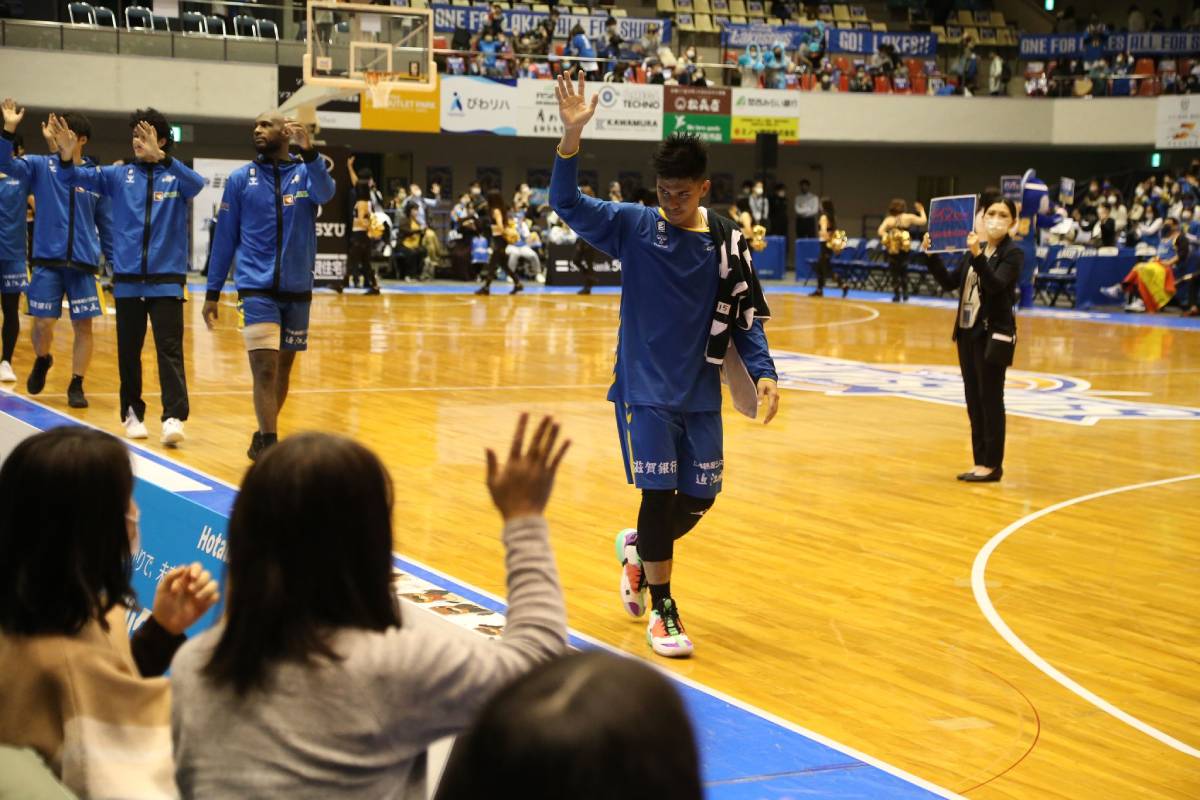 Despite suffering a loss on his birthday, Kiefer Ravena chose to stick to the silver-lining of Shiga’s 74-91 loss to Kawasaki.

After all, the Brave Thunders are one of the powerhouse teams entering the 2021-22 B.League season.

“Kawasaki is a team that competes at a high level in this league,” admitted Ravena during the post-game press conference.

“But even against a tough team and even if we lost, I think it was good that we still fought until the end.”

For the second time this season, Ravena, who was celebrating his 28th birthday, started the game.

Ravena and Shiga though struggled to contain Kawasaki as it burst to a 13-0 start. Making things worse was that the 6-foot Filipino combo guard had been slapped with two fouls just five minutes into the contest.

Sitting out the majority of the second quarter, Ravena was tasked to start the third canto but was again assessed a foul just two minutes into it.

Without their floor general, the Lakestars fell behind 62-80 entering the last quarter.

Still, Ravena and the Lakestars fought on despite the insurmountable lead with him scoring nine points in the final frame. And it’s because of the fans who dropped by despite the game being on a weekday as they wanted to greet him a happy birthday. 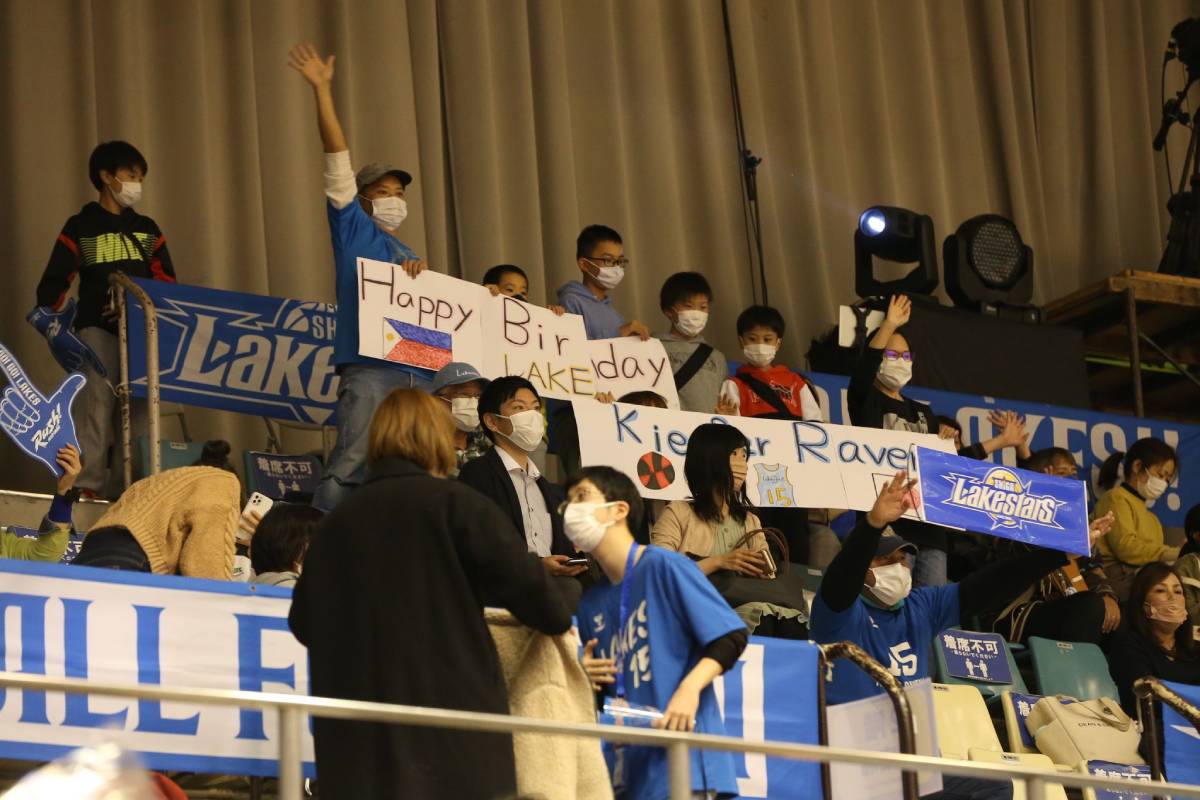 “I have to have the same mindset in all quarters, not just in the final quarter,” he said. “For me, I did not want to let the fans who entered the arena late and on a weekday down.

“It’s my job to give everything I have. We just tried to give our best for everyone who came.” 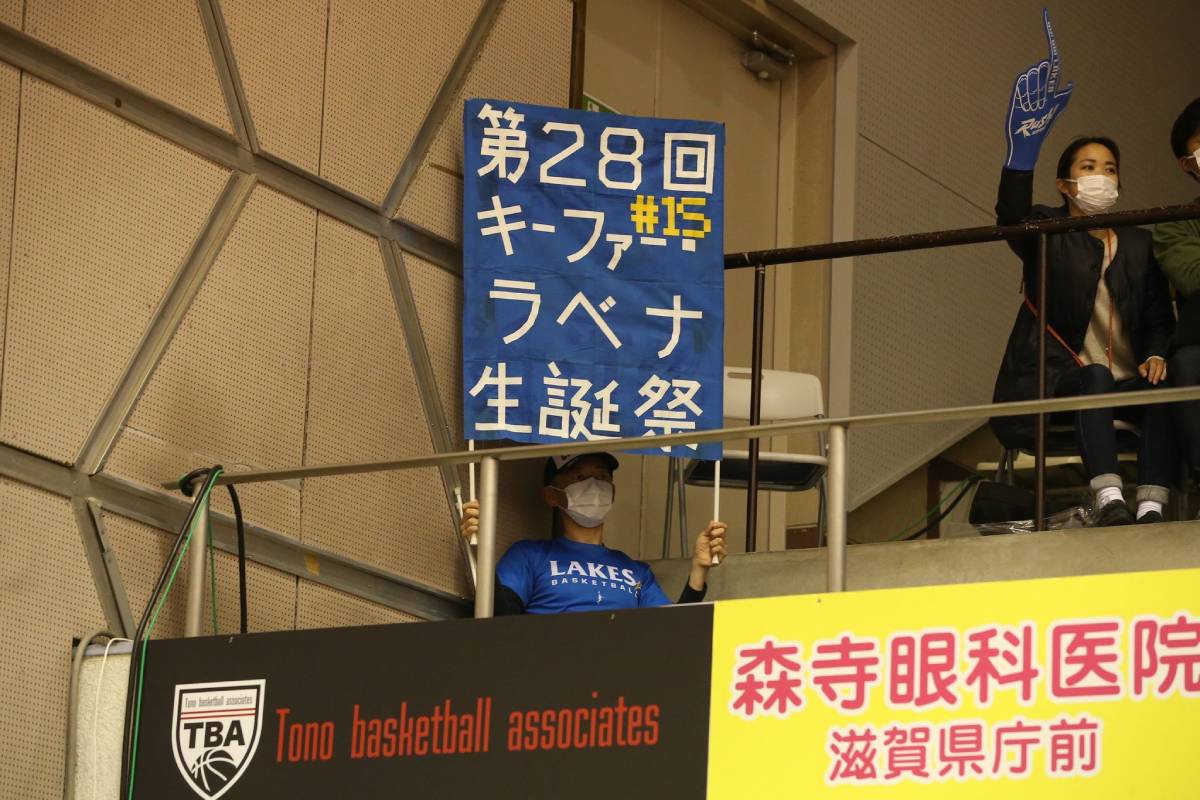 The loss dropped the Lakestars to 6-3. And up next in their slate is the start of the Emperor’s Cup grind.
#ReadMore  Nexplay demolishes Sunsparks to rule Wild Rift SEA Icon: Preseason

On Sunday, they will face B2 team Rizing Zephyr Fukuoka. The winner of that match will face either Alvark Tokyo or the Chiba Jets on Monday.

And yes, Ravena and the Lakestars will again take on the same Chiba team next weekend.

“I will use this game as a learning experience,” he said.

“We will face strong teams in the Emperor’s Cup so we have to prepare well and, again, take this as an opportunity to grow.”