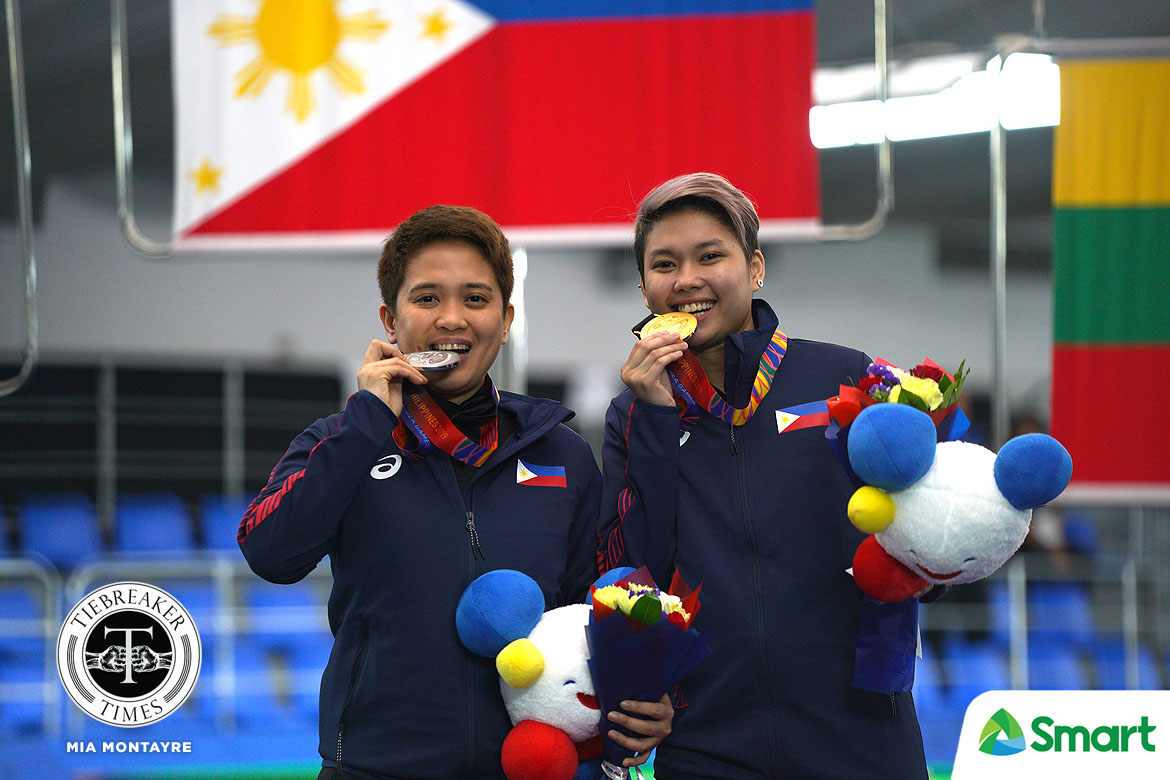 Warren Kiamco and the pair of Chezka Centeno and Rubilen Amit of the Philippines kept their medal bids alive, Sunday in the billiards competition of the 30th Southeast Asian Games at the Manila Hotel Tent.

Kiamco lost a 7-5 lead but managed to pull it off in the end, joining fellow Filipino Dennis Orcollo into the next phase.

Orcollo advanced on Saturday night with a 9-0 drubbing of Indonesia’s Sahroni.

Centeno and Amit stormed to a 6-3 lead, but the Thais won the next three racks. Fortunately, though, they delivered when it counted most.

The win came a few hours before Centeno and Amit dispute the gold in the women’s 9-ball singles finals.

Also keeping his medal bid alive was Jefrey Roda, who nipped Vietnam’s Kieu Thien Khoi 4-3 for a spot in the quarterfinals of the men’s snooker singles.

Not so fortunate was Alvin Barbero, who yielded to Laos’ Siththideth Sakbieng of Laos 0-4 in the men’s snooker singles round-of-16.