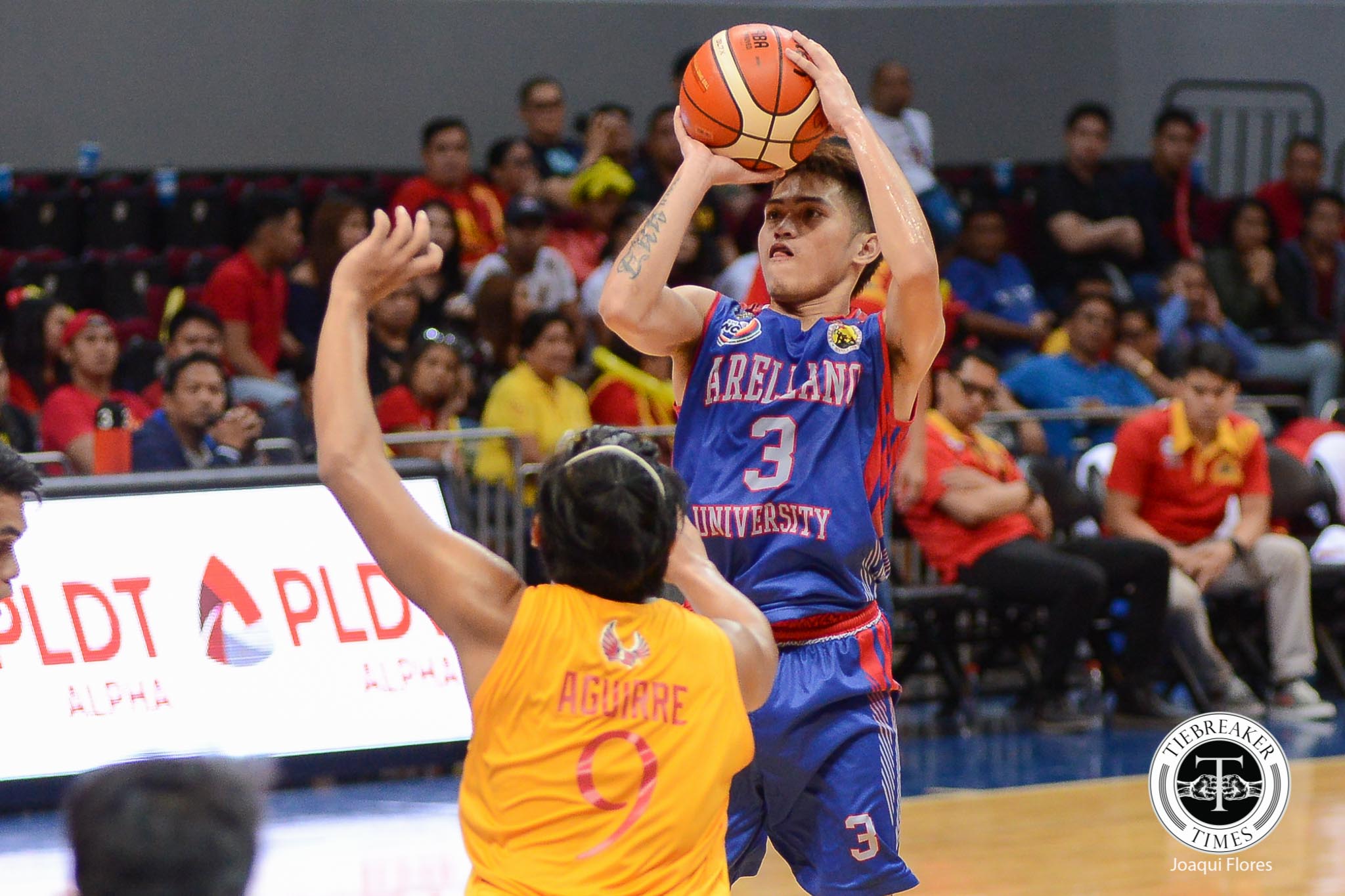 Jiovani Jalalon’s unexpected departure from Arellano University to the pros brought panic to the Chiefs program. Without the now-Gilas Pilipinas cadet, the team knows that it would be tough for them to match their second place finish from last season.

With Jalalon out, Kent Salado, a Cagayan de Oro-native like Jalalon, is now tasked to be the one to take Arellano’s wheel. And he is starting to feel the pressure that comes with it.

In Arellano’s first outing at the SM Mall of Asia Arena since losing to the San Beda Red Lions in the Finals, the 5-foot-9 combo guard made sure that they would not leave Pasay City the same way they did last October. Salado attacked Mapua at all fronts, scoring 24 points, grabbing seven rebounds, dishing out four assists, and stealing the ball four times to lead Arellano to a 91-82 win.

Salado admits that he wants to emulate Jalalon, and even exceed the accolades the floor general brought to the school. And he plans to start by mimicking the focus Jalalon has for the game.