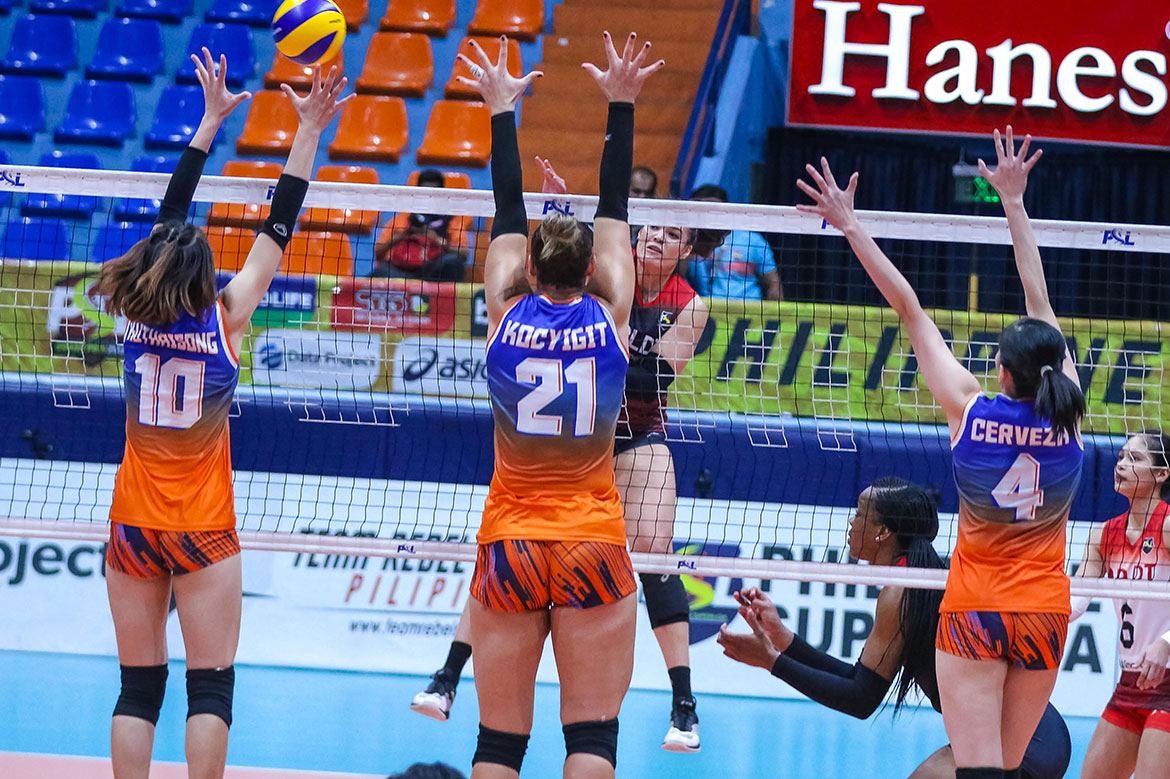 The PLDT Home Fibr Power Hitters hosted a block party down the stretch to thwart the Generika-Ayala Lifesavers, 25-15, 25-20, 24-26, 25-27, 15-12, in the sudden-death quarterfinals of the Philippine Superliga Grand Prix, Saturday afternoon at the Filoil Flying V Centre in San Juan.

Imports Grace Lazard and Kendra Dahlke threw plenty of defensive gems in the deciding set to tow the Power Hitters to their first semifinal appearance.

Dahlke delivered 33 kills and four blocks to finish with 37 points. Meanwhile, the defense-minded Lazard had 17 kills and seven blocks for a 25-point effort for PLDT, which entered the quarterfinals as third seed.

Also submitting impressive numbers were Aiko Urdas, who delivered 16 points; and Lizlee Pantone, who had 20 digs before crashing with an injury early in the fifth set.

After trailing early in the fifth set, 0-4, Lazard delivered four blocks and a pair of attacks to restore order and gain the driver’s seat, 7-6.

Thai import Kanjana Kuthaisong then caught fire to tie the match at 12, before Dahlke and Lazard scored back-to-back hits to give the Power Hitters the match point.

Dahlke then unleashed a powerful hit from the middle to seal the victory. The Lifesavers tried to contest the play, but the challenge system revealed that it was a successful hit in favor of the Power Hitters.

Kuthaisong had 22 points, while Angeli Araneta chipped in 21 for the Lifesavers. Generika end a sorry campaign marred by an injury to Brazilian import Nikolle del Rio in their very first match of the season.

Kseniya Kocyigit, Fiola Ceballos and Marivic Meneses were also impressive, combining for 31 points. Unfortunately, their efforts went for naught as the Power Hitters’ net defense was too much to bear in the fifth set.

With the win, PLDT have formally booked a best-of-three semifinal duel against former champion F2 Logistics Cargo Movers, who teetered on the brink of eliminations before clobbering Foton in the quarterfinals. Meanwhile, reigning titlists Petron Blaze Spikers will face the Cignal HD Spikers in the other semifinals pairing.